AND THE PEOPLE STILL ASK: THE CALLIGRAPHIC CINEMA OF MIKLÓS JANCSÓ

Even in an age of cinema where the virtuosic long take is part of every adventurous director’s showreel, the astonishing tracking shots of Hungarian master Miklós Jancsó (1921–2014) continue to transfix and influence some 50 years on.

From the mid-1960s to the early ’70s, Jancsó produced challenging, austere yet impassioned films that used obscure historical incidents to ruthlessly analyse the universal theme of the arbitrary administration and abuse of power. Depicting organised groups of national resistance and randomly inflicted cruelty, Jancsó managed to slip humanist and socialist critiques of the totalitarian regime past the censors.

Spectacular choreography, pitiless violence and a relentless prowling camera make these films utterly unlike anything else in world cinema. Filmed on the bleak Hungarian Great Plain, these fascinating, mysterious works can contain as few as 11 separate shots and were widely feted at international festivals. A regular crew and cast worked across these films, responding loyally to Jancsó’s rigorously planned sequences and shouted instructions (erased in post-synchronisation).

Despite decades of surprising critical neglect, Jancsó continued to make equally adventurous films until 2010, four years before his death. But it is the stunning “formative” features made in the 1960s and ’70s, such as the celebrated The Round-Up, The Red and the White and Red Psalm, all included in this season of imported prints, which stand as Jancsó’s defining works and remain as politically relevant as ever. 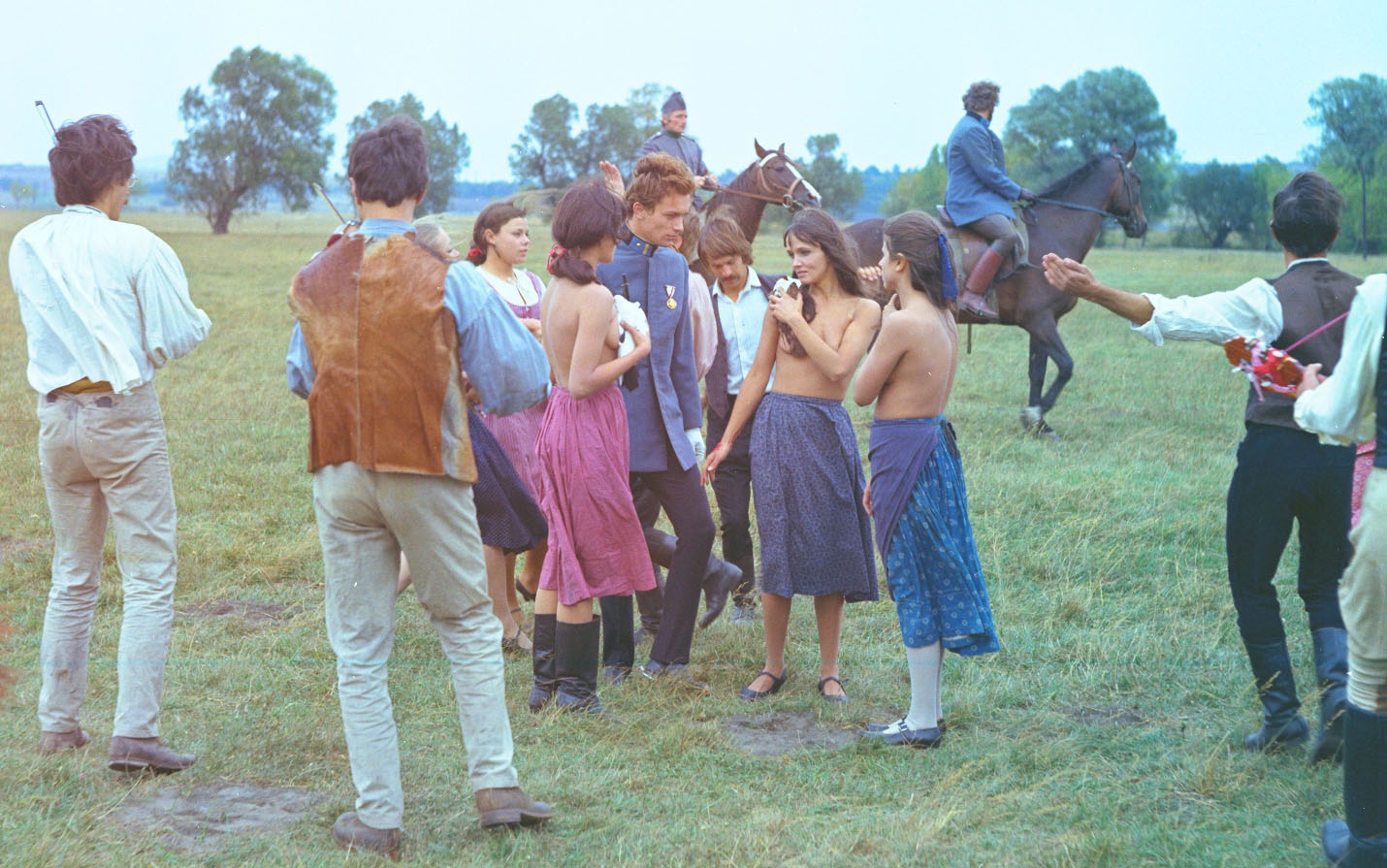 This high water mark of Jancsó’s mature style is a work filled with stylised violence, chaste nudity, symbolism, ritual and rousing songs. A staggeringly complex and ambiguous depiction of a peasant socialist uprising against oppressive feudalist forces, the film defies narrative causality in a head-spinning flow of movement or “choreo-calligraphy” (Raymond Durgnat). Jancsó orchestrates a huge cast filmed in sinuous long takes, creating striking images from and around the script by regular collaborators Gyula Hernádi and Yvette Biró. Winner of Best Director at the 1972 Cannes Film Festival.

Audaciously original, Jancsó’s first film in colour dramatises student radicalism in early postwar Hungary, while closely echoing the contemporary climate of Europe in 1968. With a title literally translated as “Sparkling Winds”, the film uses dance, song and stylised movement as surrogates for violent action. Students and authority face off as Jancsó examines the relative democratic merits of debate versus force, while using immensely long takes and striking colour coding. A favourite of the director himself; a sequel, Season of Monsters, followed almost 20 years later. 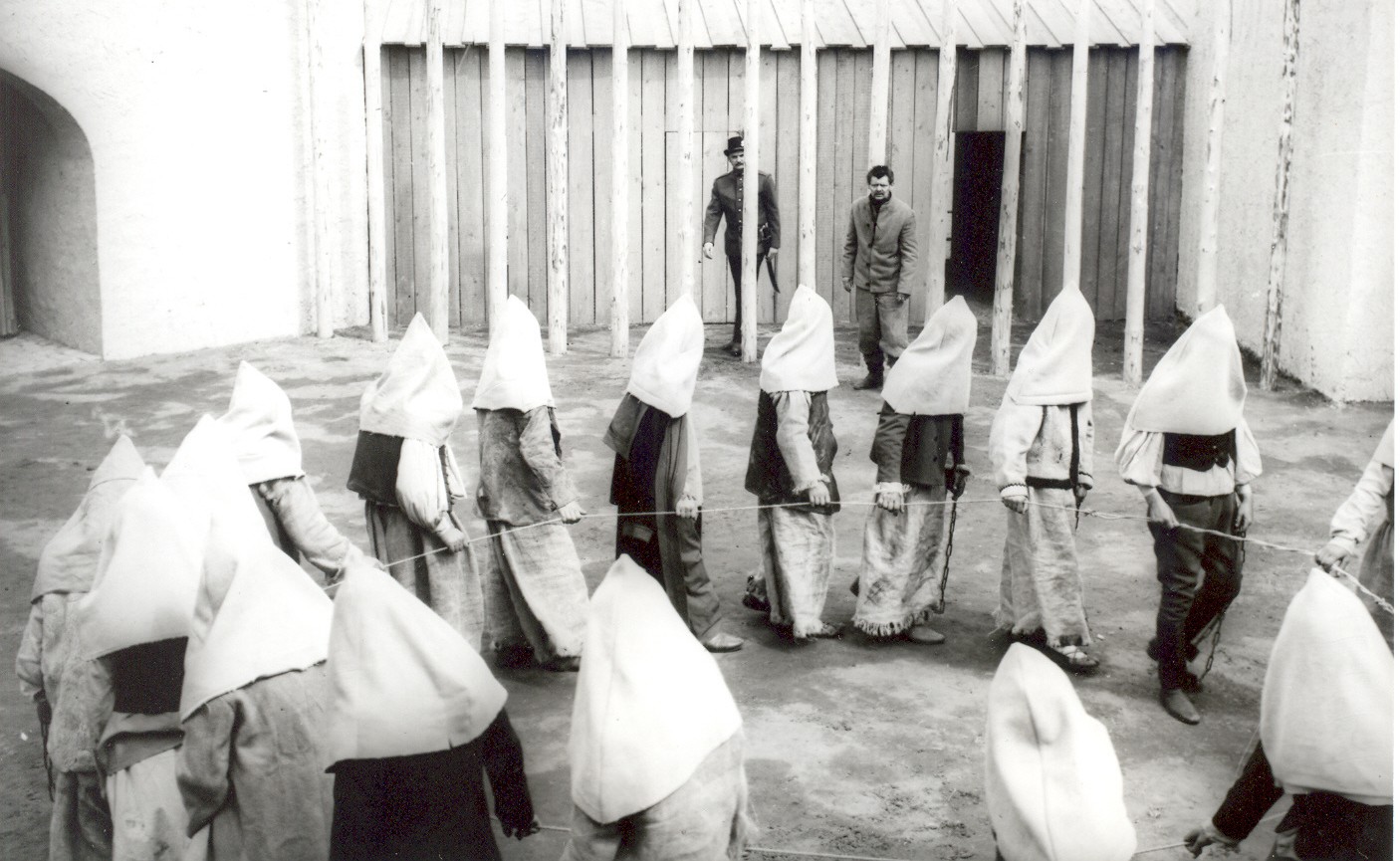 Rated one of the greatest films of all time by his great acolyte and fellow countryman Béla Tarr, Jancsó’s brilliant allegorical take on the long aftermath of a defeated Hungarian uprising against Austrian rule in 1848 introduced the director to international audiences who embraced his distinctive and often elliptical visual style. A massive success domestically, it reflects on the betrayals and disappointments of distant and recent history. Breathtakingly shot in widescreen, and featuring uncompromising images of internment camps and the Hungarian puszta, it’s a bracingly formal and clear-eyed vision of the inevitable round-ups enacted in the name of dictatorships.

After performing an intense operation, a young surgeon takes leave from his hospital post in Budapest, retreating to his father’s house in the countryside where he experiences a major existential crisis. The film’s original title, Oldás és kötés, literally translates as solutions and bandages, with the more friendly export title coming from Béla Bartók’s Cantata profana that is heard late in the film. Jancsó’s second feature is heavily indebted to the then nascent style of Michelangelo Antonioni, in particular La Notte, which Jancsó cited as a direct influence. Based on a short story by József Lengyel, Cantata features actual footage of open heart surgery. 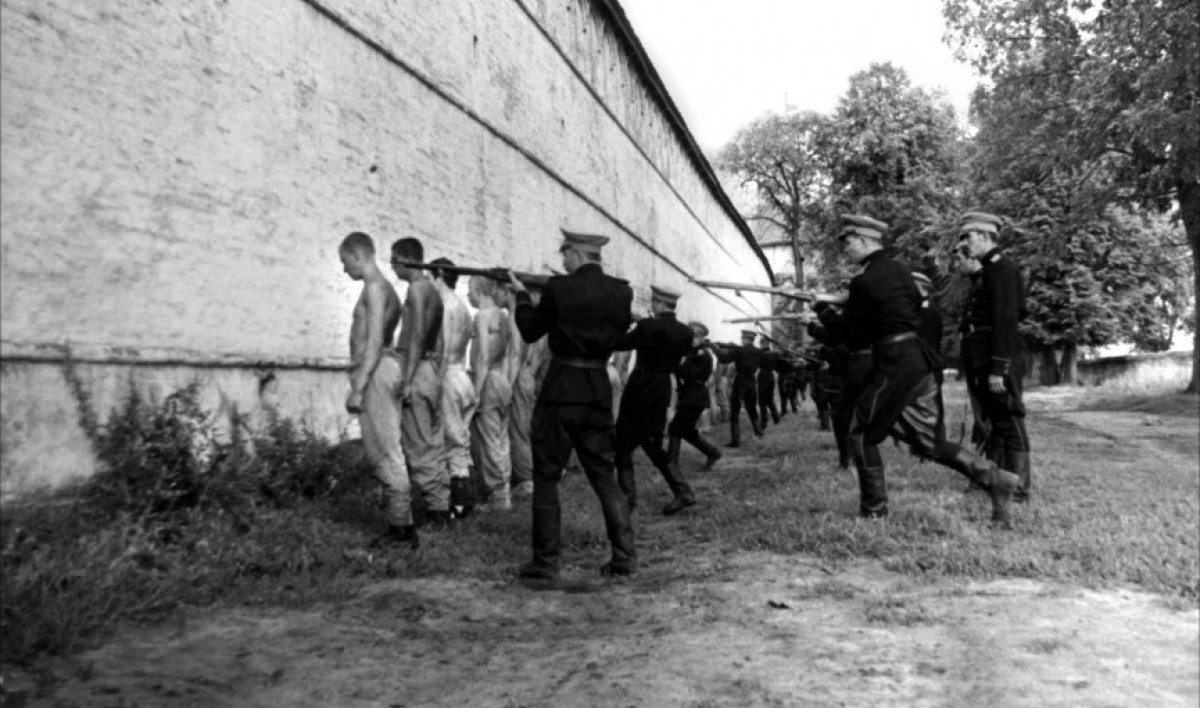 7:00PM THE RED AND THE WHITE
Miklós Jancsó (1967) 90 mins
Originally commissioned to celebrate the 50th anniversary of the October Revolution, this is Jancsó’s supremely even-handed but scarifying portrait of various battles along the Volga during the civil war between Communist and Tsarist forces. This often brutal and profoundly anti-war portrayal of the “birth” of communism was subsequently and unsurprisingly banned in the Soviet Union and, according to Derek Malcolm, was “unlike anything else coming out in world cinema at the time”. Jancsó provides an overwhelming, visceral but also distanced vision of epochal events and monumental landscapes, all captured through his often mesmerising long takes.

The Red and The White (1967): The Political and Metaphysical Sequence Shot by Adam Powell.

A Hungarian boy taken prisoner by the Soviet Red Army is sent to labour on a remote dairy farm where he befriends a young, isolated Russian soldier. Set during the final stretch of World War II and described by Jancso as “autobiographical in feeling, if not in fact”, the film documents the random brutality of war and the lyrical beauty of work and friendship through a series of psychologically intense yet poetic and dream-like encounters set against a vast indifferent landscape. The film was Jancsó’s first collaboration with Gyula Hernádi and starred András Kozák.