Made largely up of alumni of the Beijing Film Academy (the first graduates after China’s Cultural Revolution) the amorphous group that would become known as China’s Fifth Generation of filmmakers sent electric currents through the international festival circuit, revitalising the reputation of Chinese cinema on the world stage.

Including such luminaries as Zhang Yimou, Tian Zhuangzhuang, Chen Kaige, Zhang Zeming, Zhang Junzhao and many others, these fresh-faced newcomers loosened the reigns of their predecessors’ socialist-realist restraint. They began making films using outlandish expressions of colour and movement to draw complex narratives and explorations of character, and turning ideological purity into an anachronism, while some of their particularly audacious works were banned by Chinese censors. Dazzling Western art-house audiences with films such as One and Eight (1983) and Yellow Earth (1984), the groundswell of the Fifth Generation peaked with the award-littered likes of Red Sorghum (1987), Raise the Red Lantern (1991) and Farewell My Concubine (1993). The Tiananmen Square massacre of 1989 dramatically dented the jubilance of this wave but did not stifle it entirely – many of the key directors continued to produce important work, some in self-imposed exile in places such as the United States and Australia, or in the less volatile land of television.

This season, designed to showcase the vibrancy and eclecticism of a cinematic movement as exciting and unpredictable as its homeland, features some of the Fifth Generation’s most celebrated works as well as several less widely seen films that are now regarded as key examples of the movement.

All 35mm prints courtesy of the National Film and Sound Archive, Australia. 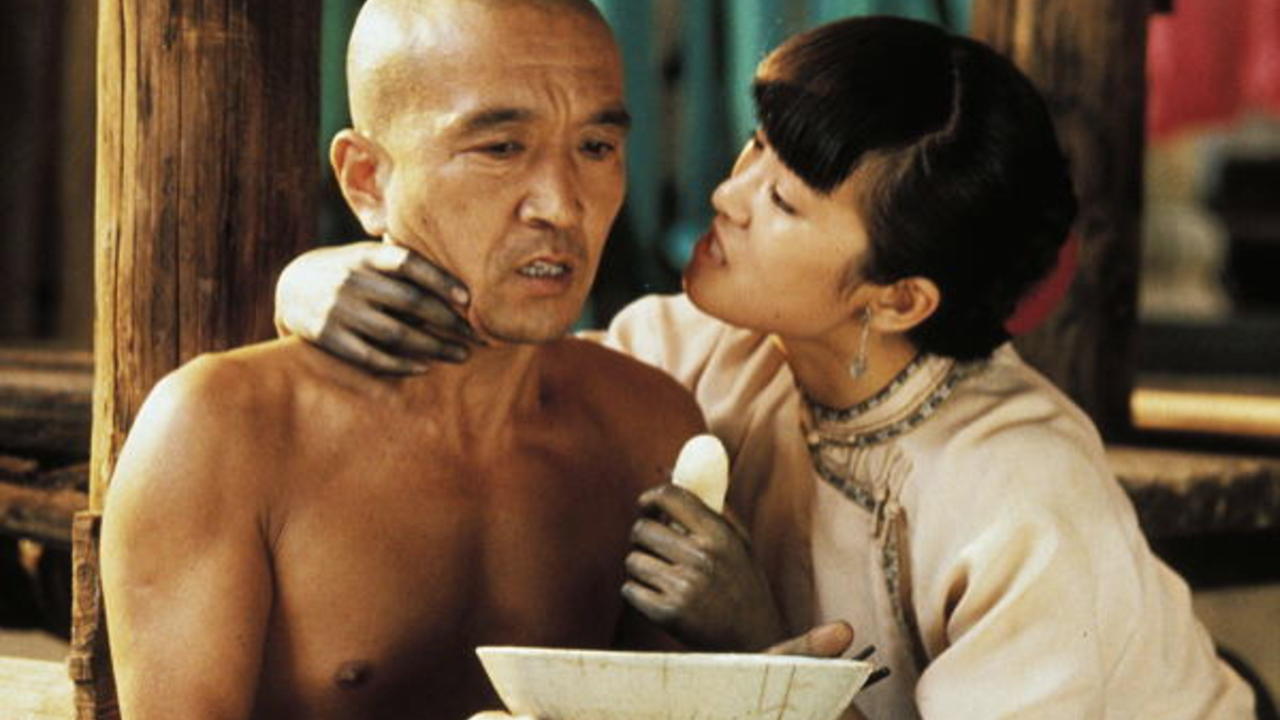 Considered the breakthrough film that brought the Fifth Generation filmmakers into the international spotlight, the directorial debut of Chen, featuring luscious cinematography by Zhang Yimou, brought a radically new aesthetic to Chinese cinema. Set in 1939 against the arid backdrop of Northern China, a soldier collects peasant folk songs for reappropriation by the Communist army. With a narrative mainly advanced through song lyrics, Zhang shot at particular times of the day to capture the bold colours of the landscape and “recreate” traditional painting techniques.

A torrid and intense melodrama of transgressive love, this period drama was Zhang’s breakthrough film after Red Sorghum. Passionate performances (including Gong Li in the title role) are matched by expressionistic and vivid compositions in overheated Technicolor. Its grimly sumptuous combination of adultery and revenge found it banned by the Chinese authorities for several years. On one level it is a gripping noir, on another it is a savage indictment of feudalism.

The first Chinese film to be nominated for an Academy Award for Best Foreign Language Film. 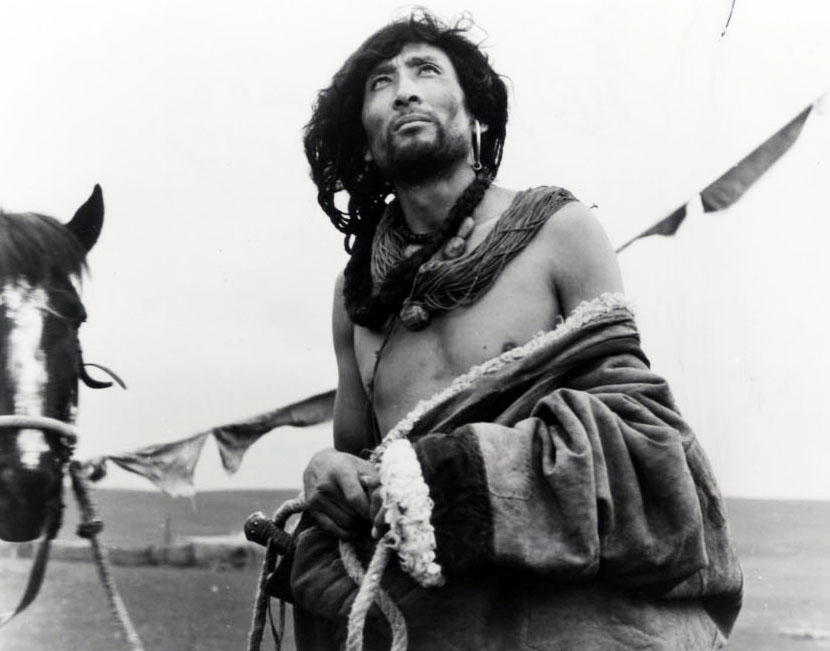 Tian’s breakthrough film is set in 1927, a year of revolution in China as millions of peasants rebel against their landlords. Through bold, almost folkloric, imagery, stark landscapes and minimal dialogue, we see Norbu, the titular horse thief, struggling to support his family in Tibet. His internal struggle plays out against the silence of the vast, peaceful and stoic countryside on the cusp of Chinese occupation. The film’s enchanting beauty comes from its striking interplay between social realism, Eastern religion, superstition, morality, ethics and mythology.

A man returns to his water-starved home village in a struggling mountainous region of China, and joins in the effort to build a well. Wu’s portrayal of a resilient rural tradition, inflected with moments of harsh realism, is overflowing with compassion for the villagers and their way of life. The film stars Zhang Yimou – who originated as the film’s cinematographer prior to his directorial debut – and won multiple Golden Rooster Awards in 1988 (including Best Picture alongside Zhang’s Red Sorghum). 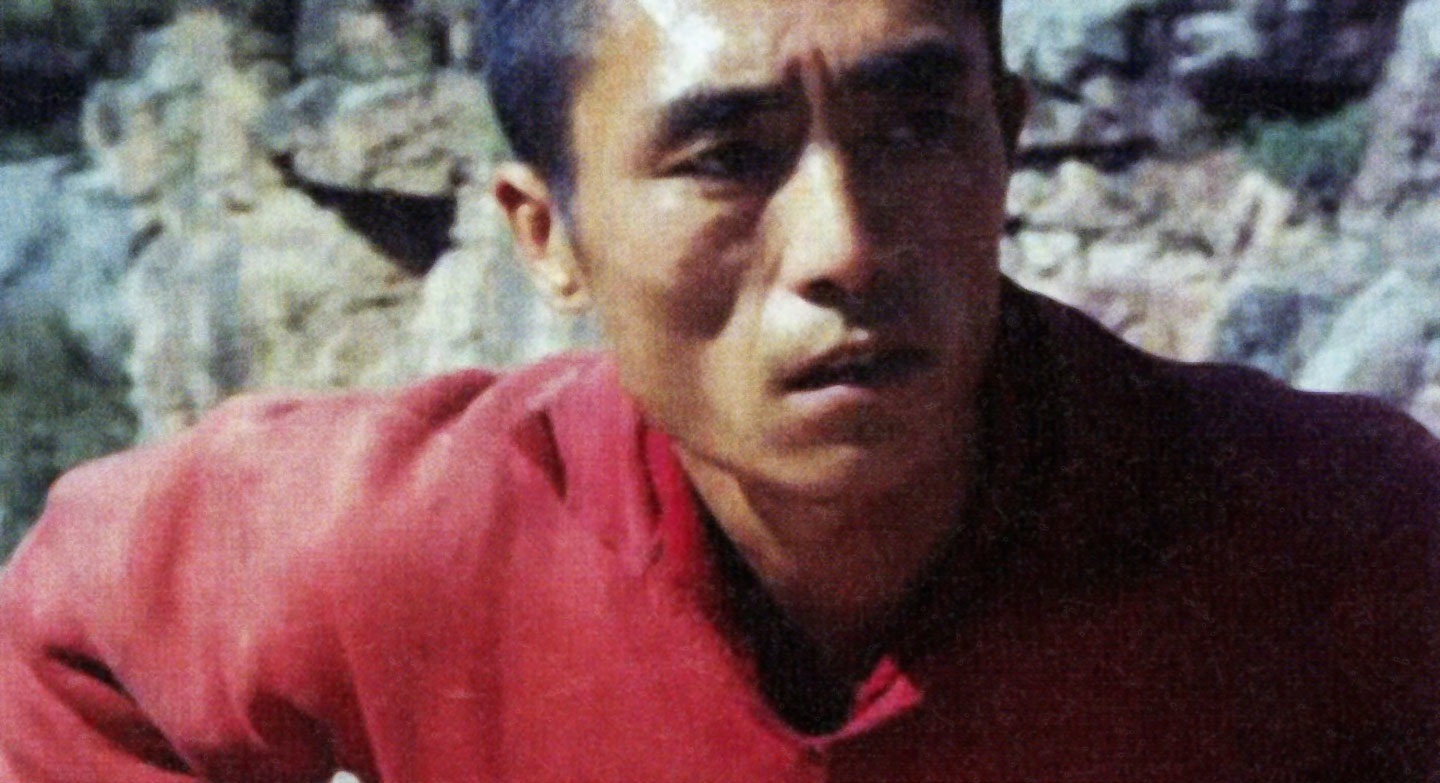 Zhang, twice rejected by the Beijing Film Academy, got sweet revenge as he watched his first feature burn through the international festival circuit, gathering exultant reviews along the way. Determined that Chinese cinema stop aping the cultural traditions of the West, Zhang created an unapologetically subjective vision of China’s societal fissures told through the yawning generation gap between a father and son. This impressive debut is a lyrical and emotional family melodrama that dives head first into the horrible depths of the Cultural Revolution.

Li’s film concerns the intertwined fate of two prostitutes – one meek, the other bold – in China during the 1950s, after both are forcibly inducted into an official re-education camp by the People’s Liberation Army. Jonathan Rosenbaum called it the “most emotionally complex picture I’ve seen from Mainland China about the effect of the communist revolution on the lives of ordinary people”. Based on the novel by Su Tong (author of Wives and Concubines, subsequently adapted by Zhang Yimou as Raise the Red Lantern) and featuring cinematography by Li’s husband, Zeng Nianping.