Robert Altman (1925–2006) is one of the most distinctive and contentious filmmakers to rise to prominence in the “golden” era of New Hollywood in the late 1960s.

Widely regarded as a true maverick, iconoclast and independent, Altman nevertheless has a fascinating relationship to the mainstream of American filmmaking. His rise to prominence in 1970 with the breakthrough hit MASH masked a much longer and circuitous “apprenticeship” across late classical Hollywood (a brief failed career as a story writer), industrial filmmaking in his home town of Kansas City, and a combative but sometimes brilliant stint in mainstream TV in the late 1950s and early 1960s.

Many of Altman’s preoccupations with genre, multitracked sound, the mobile camera and the percolating cavalcade of humanity can be traced to his work on such shows as Combat!, Bonanza, Alfred Hitchcock Presents and Bus Stop. Nevertheless, it is rightly Altman’s films of the first half of the 1970s (including such truly great movies as McCabe & Mrs. Miller, The Long Goodbye, California Split and Nashville) and the 1990s—his “return” to form and the “movies” with Vincent & Theo, The Player, Short Cuts and Kansas City—that define his popular and critical reputation. Although his quixotic career encompasses a myriad of genres and forms, it largely alternates between jazzy, panoramic, mosaic-like ensembles and more intimate explorations of genre, identities and “beautiful losers”.

This celebration of the messy, multitudinous and truly maverick work of one of the seminal figures of modern American filmmaking and TV presents a small sample of some of his best work across the small-screen as well as several of his most important and soulful big-screen masterpieces (including McCabe & Mrs. Miller, 3 Women and Short Cuts). 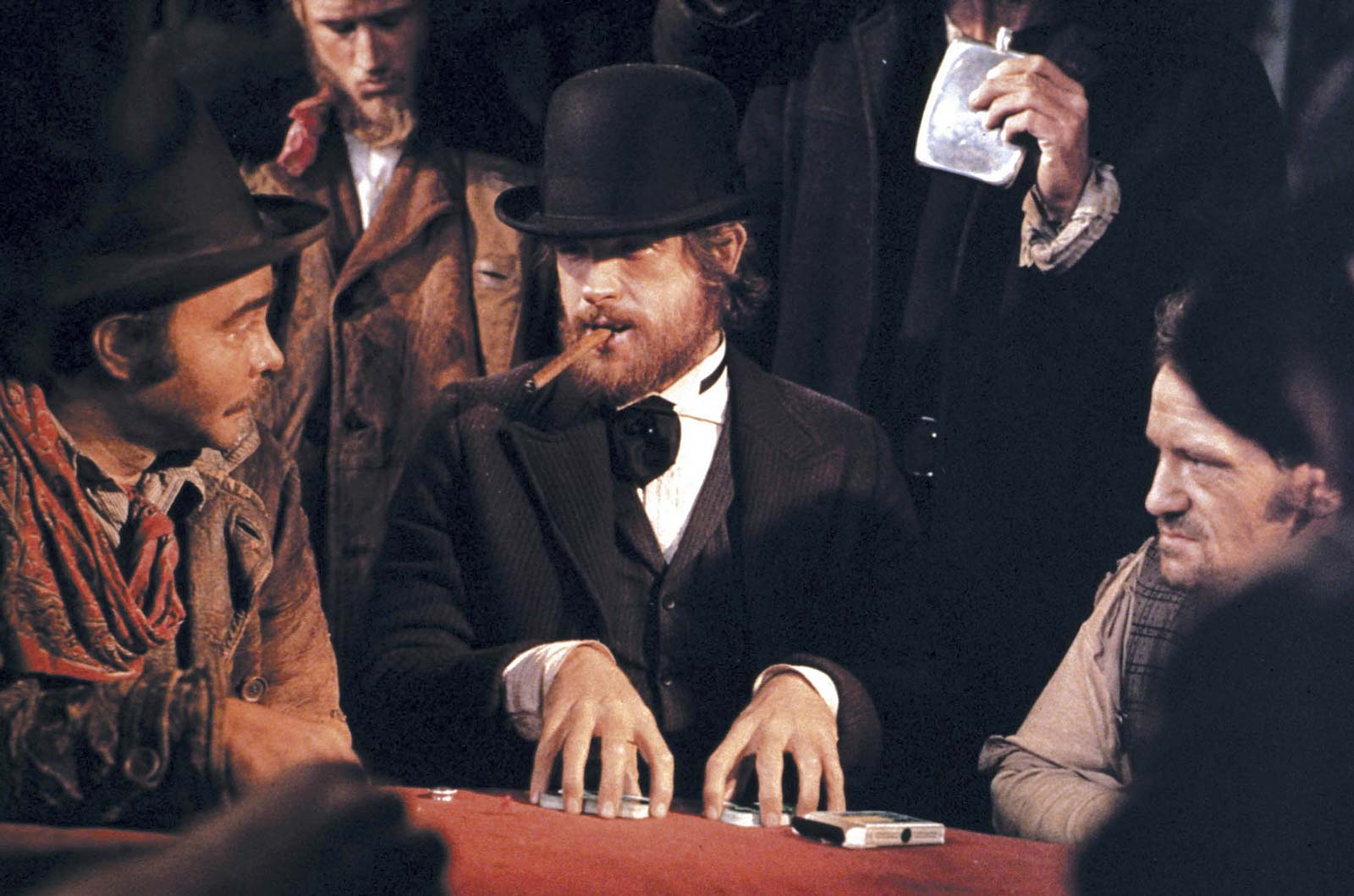 A Montana brothel entrepreneur (Warren Beatty) joins forces with an opium-addicted Madam (Julie Christie). Altman’s sleety folk Western is one of his most affecting and sadly humanistic films. Loosely based on the novel by Edmund Naughton, Altman’s moody masterpiece is an extraordinarily atmospheric, intemperate and materialist portrait of frontier life, the rise of modern capitalism and the “beautiful losers” who define his greatest work. Hauntingly scored with songs by Leonard Cohen, it also features Shelley Duvall and Keith Carradine.

Exquisitely shot by Vilmos Zsigmond; Pauline Kael called it a “beautiful pipe dream of a movie”.

Inspired by a dream, Altman’s eerie exploration of fractured identities and shifting roles stars two of the iconic actresses of the 1970s: Sissy Spacek and Shelley Duvall. Altman creates a surreal, dream-like mood of dislocation and anxiety against a decaying American frontier of rundown bars, shooting ranges, mystical murals and soulless desert spa facilities. Recurrent images of water reflect the themes of doubling, mirroring, blurring and transformation as obsession leads to an enigmatic exchange of personalities. 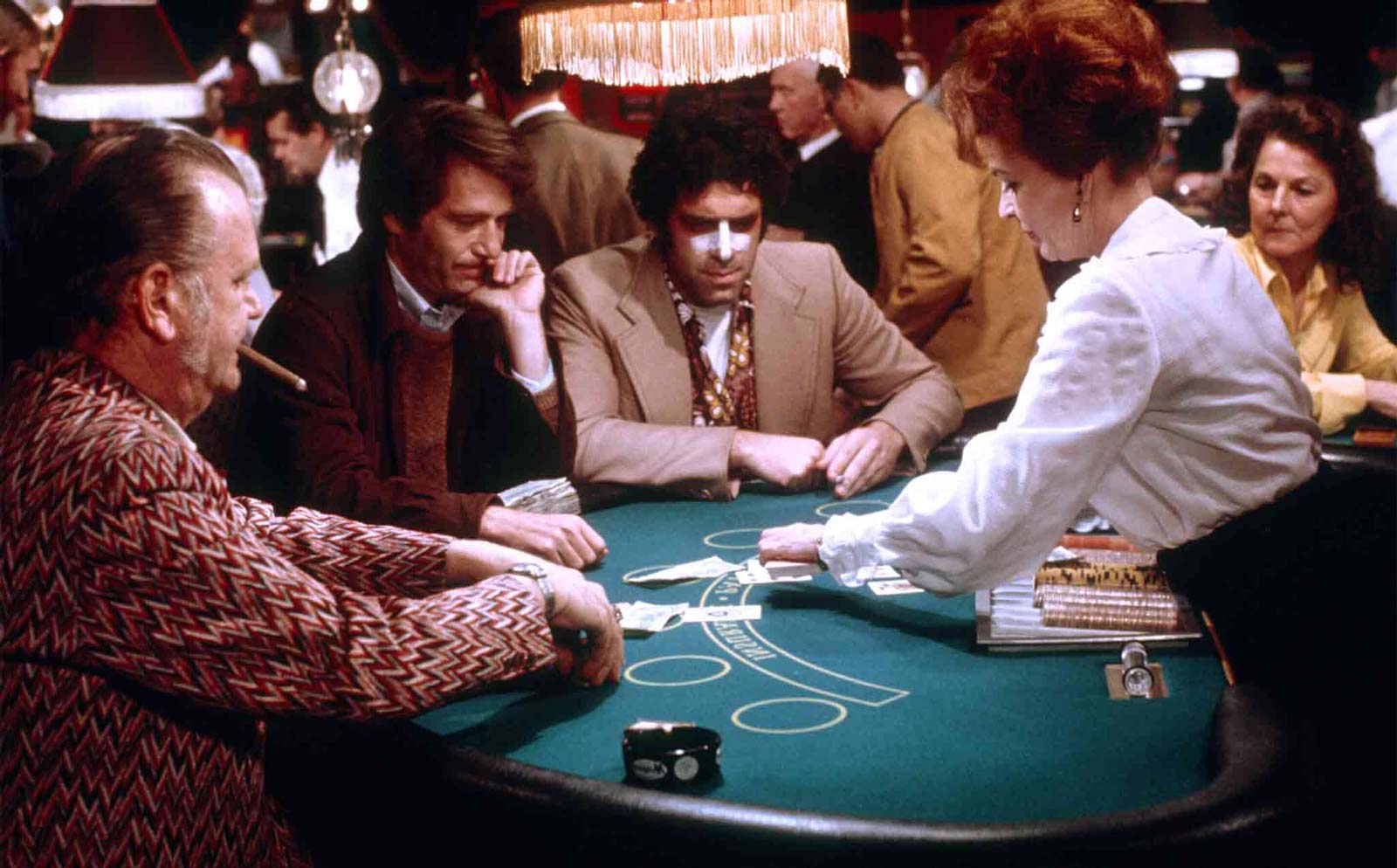 With its title referencing poker jargon, Altman fashions one of his most entertaining and compelling films—a landmark in the use of multitracked sound—about a pair of parasitical Californian gamblers (played magnificently by Elliott Gould and George Segal) who finally hit a winning streak in Reno. The crosscutting scenes in the stale, smoke-encrusted, jazz-scored casino brilliantly capture (while also betraying Altman’s own penchant for gambling) the compulsive quality of frenzied, possessed souls down on their luck but hoping for a reprieve. Rare chance to see the original cut of the film.

Unclassified 15+ Unless accompanied by an adult

Altman’s intimate biopic examines the complex relationship between Vincent van Gogh (Tim Roth) and his younger brother, Theo (Paul Rhys), a wayward Parisian businessman who becomes an art dealer and the first advocate for his brother’s work. Opening at a Sotheby’s auction, the film explores the connections between art and commerce by contrasting the life of the two brothers. A judiciously pared down version of a 4-part miniseries commissioned by European TV, its success precipitated Altman’s return to mainstream cinema prominence in the early 1990s. 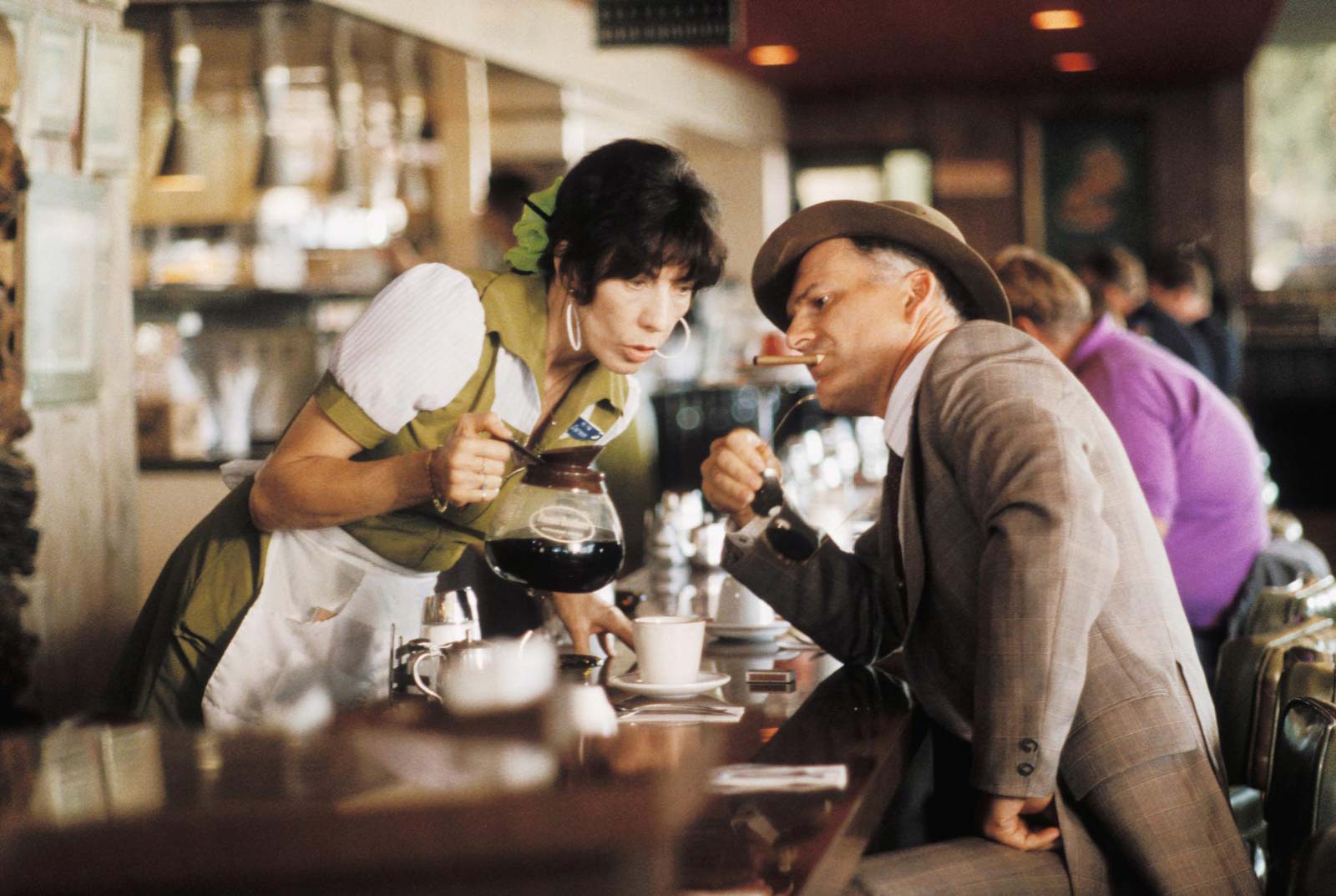 In the late 1950s and early 1960s Altman directed over 100 episodes of series TV. Alongside his more prosaic but still inventive contributions to shows such as Bonanza, Maverick, Alfred Hitchcock Presents, Route 66 and Whirlybirds, he also directed landmark episodes of adventurous series such as Bus Stop and Combat! In his final episode for this long-running series, Altman explores the subjective experience of a shellshock victim (lead character Vic Morrow) wandering back from behind German lines. This remarkable, visceral and strikingly experiential portrayal of combat led to Altman being fired from the show.

Courtesy of The Walt Disney Company.

Altman’s kaleidoscopic, humanist masterpiece connects a web of Raymond Carver stories to an astonishing array of superlative performances (Julianne Moore, Robert Downey Jr., Tim Robbins, Jack Lemmon, Lyle Lovett, Tom Waits, Lily Tomlin and many others). One of the great LA films, Carver’s stories are riffed on to reveal the depths of despair at the heart of the American façade. “Altman’s return to his ecstatic anthology mode” (Jonathan Rosenbaum) matches the high-water mark of his 1970s career, Nashville. Joint winner of the Golden Lion at the Venice Film Festival. 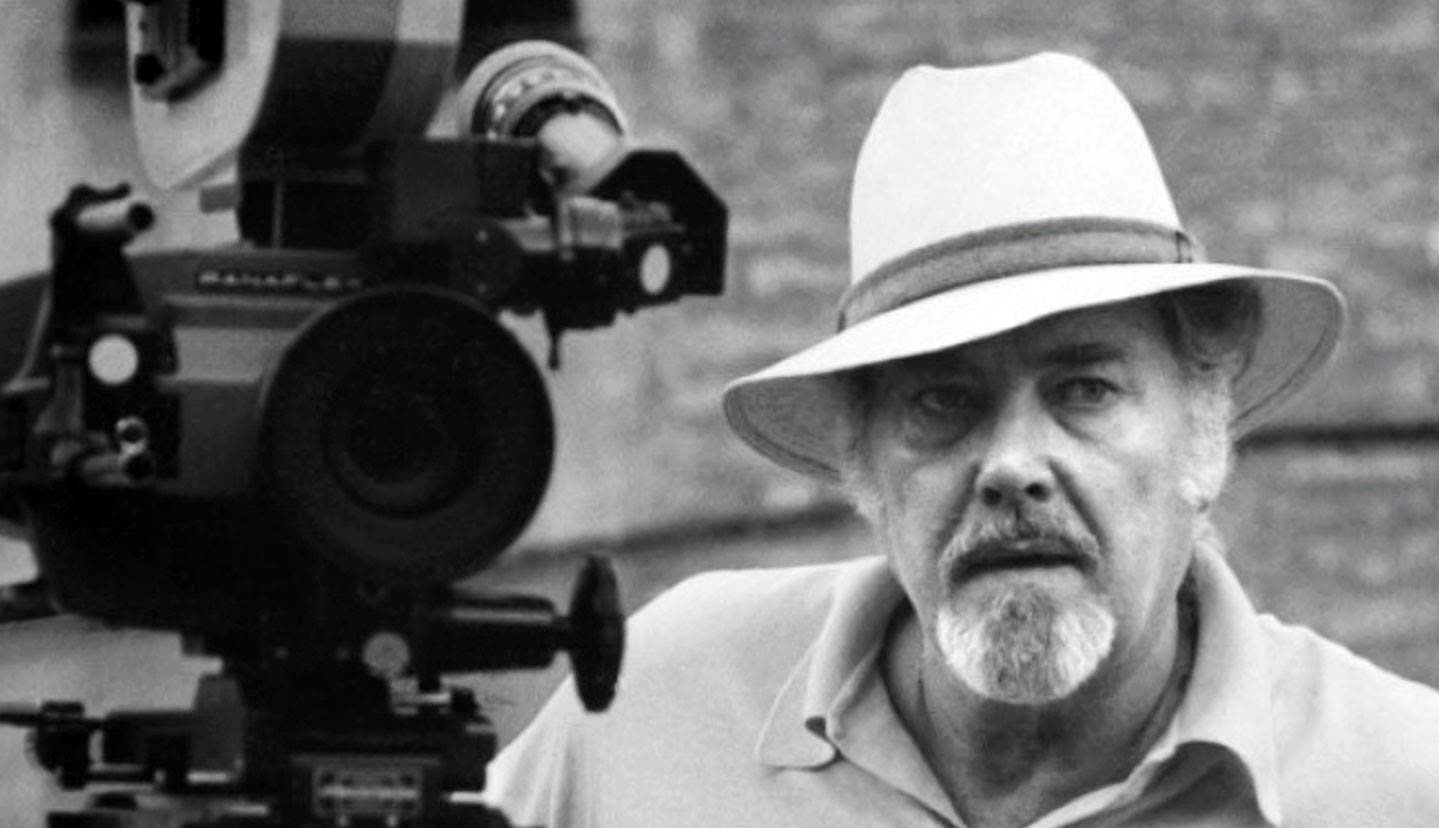 Please note, this special Monday screening will be preceded by an introductory talk on Altman by Adrian Danks (co-curator of the Melbourne Cinémathèque and author of A Companion to Robert Altman published by Wiley-Blackwell, 2015).