“EVERY GREY HAIR ON MY HEAD I CALL KINSKI”: THE COLLABORATIONS OF WERNER HERZOG AND KLAUS KINSKI

Among the most successful, and certainly the most volatile, of director/actor collaborations in all of cinema, Werner Herzog (1942–) and Klaus Kinski (1926–1991) made five troubled, glorious features together between Aguirre, Wrath of God in 1972 and Cobra Verde in 1987.

Their work together is touched by madness—both that of the characters played by Kinski and the notorious, well-documented chaos of the productions themselves—and Herzog has always been quite willing to perpetuate any sensationalist story about his strangely compelling muse. But this focus on the carnivalesque nature of their relationship has tended to obscure the genius of their work together and the unique way in which they managed to negotiate the awkward co-dependency of the actor-director dynamic.

For Herzog, a filmmaker driven to push the boundaries of what was possible to depict onscreen, Kinski represented the ultimate performer without limits, an actor who wouldn’t merely play the obsessed visionaries with whom Herzog identified but embody them as well, who could offer a grandiosity of emotion to match the spectacle of a boat being dragged over a mountain, who could provide the intensity to make the wrath of God manifest in human form.

For Kinski, a tempestuous actor as infamous for his tantrums and inability to collaborate as for his fiery performances, Herzog offered a commitment to the moment, a director who would tolerate all manner of lunacy for the chance to capture pure, uninhibited passion.

Their work together, characterised by gratuitous excess, is amongst the most staggeringly cinematic of the last 50 years.

This season of 35mm prints pays tribute to their truly extraordinary and messianic collaboration. 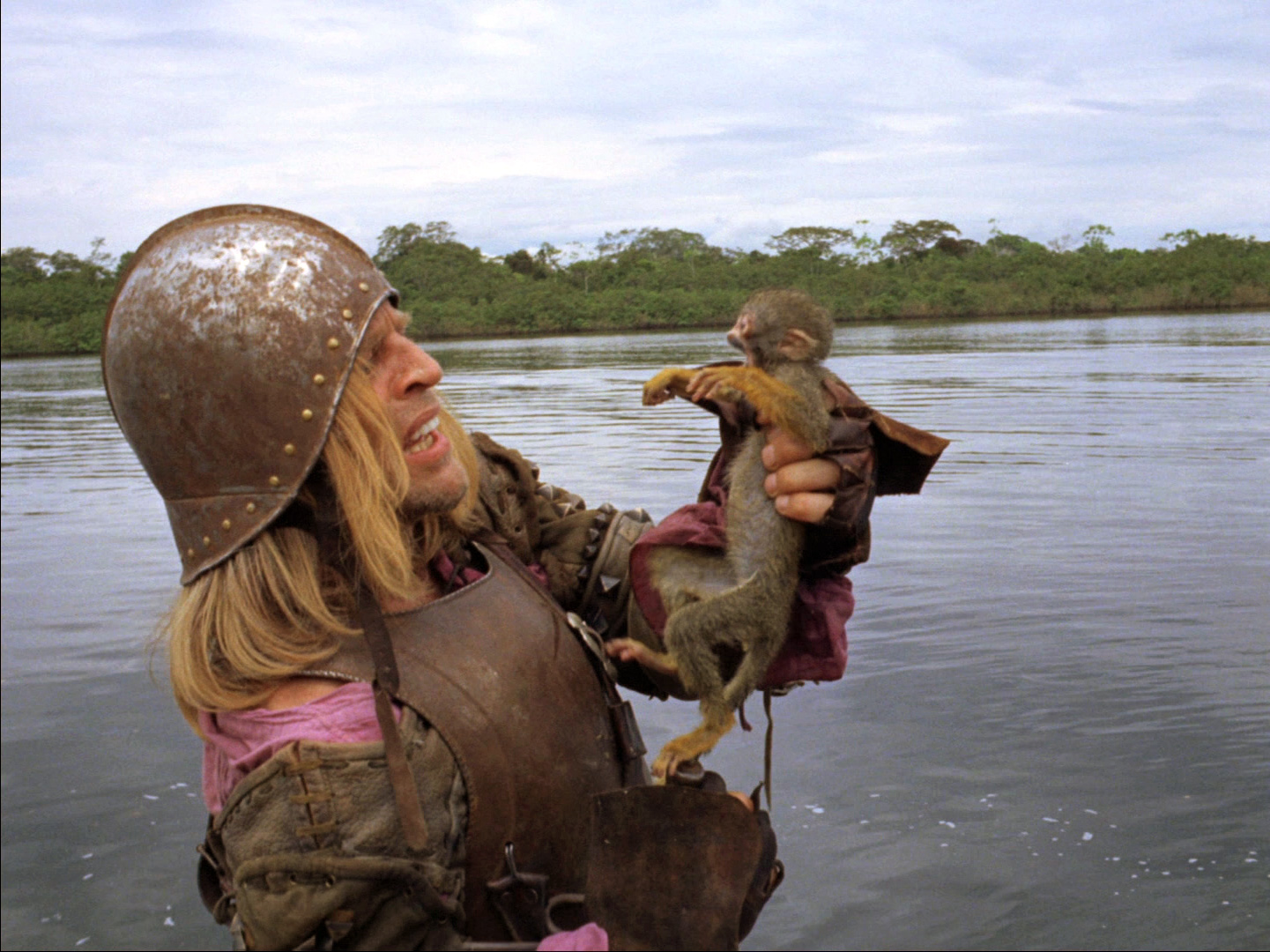 “At that moment I knew it was my destiny to make films, and his [Kinski] to act in them” (Herzog). The powerfully hallucinogenic imagery of Herzog’s allegory was shot on a huge and arduous scale in the Peruvian rainforest. Kinski (at his uncontrollable best in one of the cinema’s most indelible performances) plays a crazed 16th-century conquistador obsessed with discovering the fabled city of El Dorado. Roger Ebert called the film “one of the great haunting visions of the cinema”, and its exploration of military psychology and colonialist madness was a major inspiration for Apocalypse Now. Music by Popol Vuh.

Herzog directs and narrates this outrageous, scurrilous but highly personal tribute to the murderous instincts, and other excesses, that coloured his combative “friendship” & 5-film collaboration with megalomaniac actor and co-conspirator Kinski. Herzog’s critical, self-serving but sometimes touching essay includes excerpts and notorious behind-the-scenes footage of incidents from such seminal works as Aguirre, Wrath of God, Woyzeck and Fitzcarraldo. 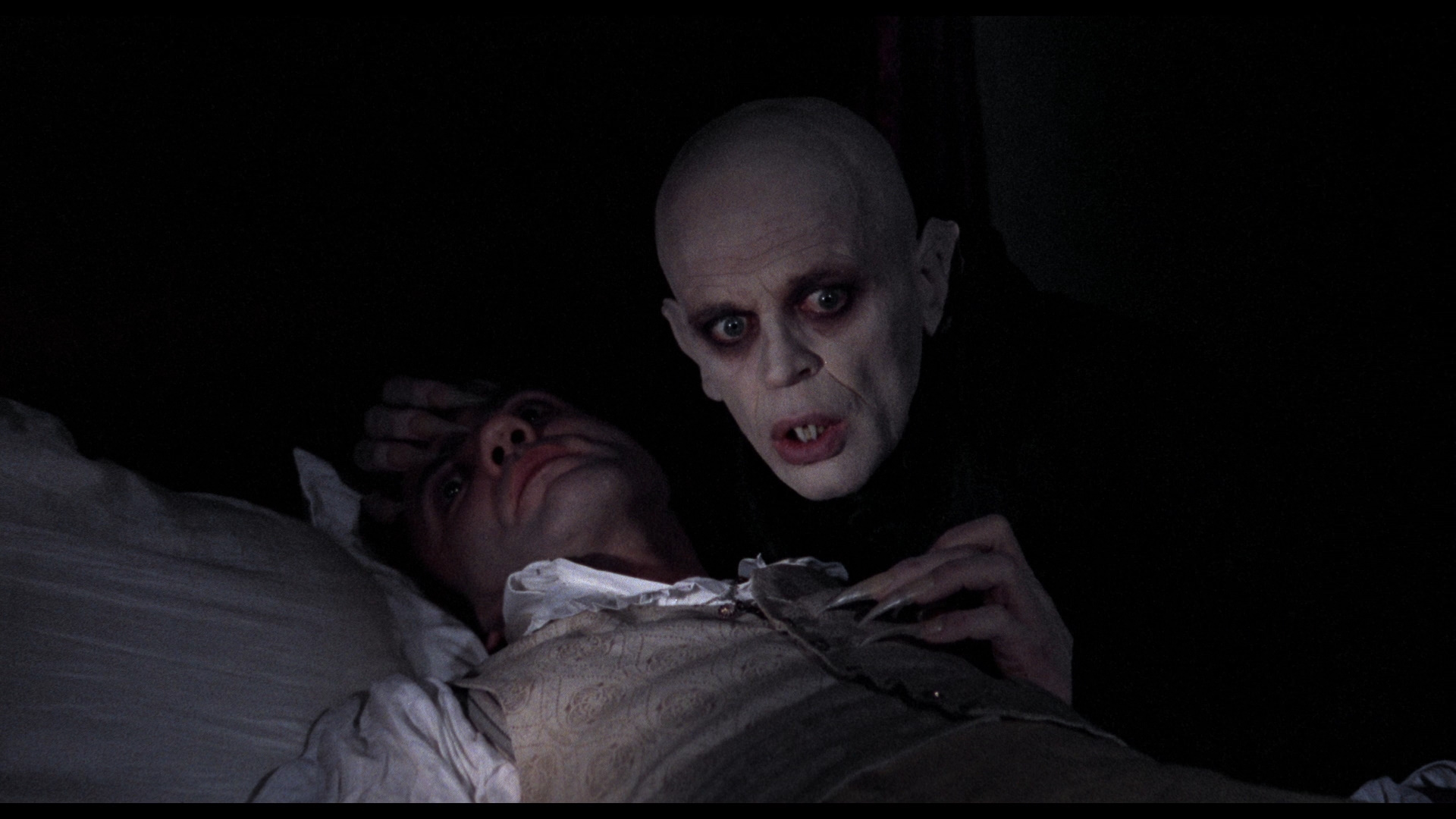 7:00PM – NOSFERATU THE VAMPYRE
Werner Herzog  (1979) 107 mins PG
Though able to draw directly upon Bram Stoker’s Dracula (by then in public domain), Herzog’s film is primarily an homage to Murnau’s 1922 classic, Nosferatu, a Symphony of Horror. Building a bridge back to German expressionism and romanticism, Herzog’s sumptuous, melancholic and erotically charged vision revalidates the cultural inheritance of a country “vampirically” mesmerised by the catastrophe of Nazism. Kinski, in his second collaboration with the director, is perfectly cast in the title role. With Bruno Ganz (as Jonathan Harker) and Isabelle Adjani. Music by Popol Vuh.

Adapted from an unfinished play by German playwright Georg Büchner, Herzog’s minimalist opus was shot in just 18 days immediately after Nosferatu the Vampyre, using much of the same crew. Observed with documentary-like detachment by Herzog’s camera, Kinski plays a hapless soldier in mid-19th-century provincial Germany. Mistreated by society, tormented by his superior and experimented upon, Woyzcek descends into madness before eventually succumbing to the evil within. Co-star Eva Mattes won Best Supporting Actress at Cannes. 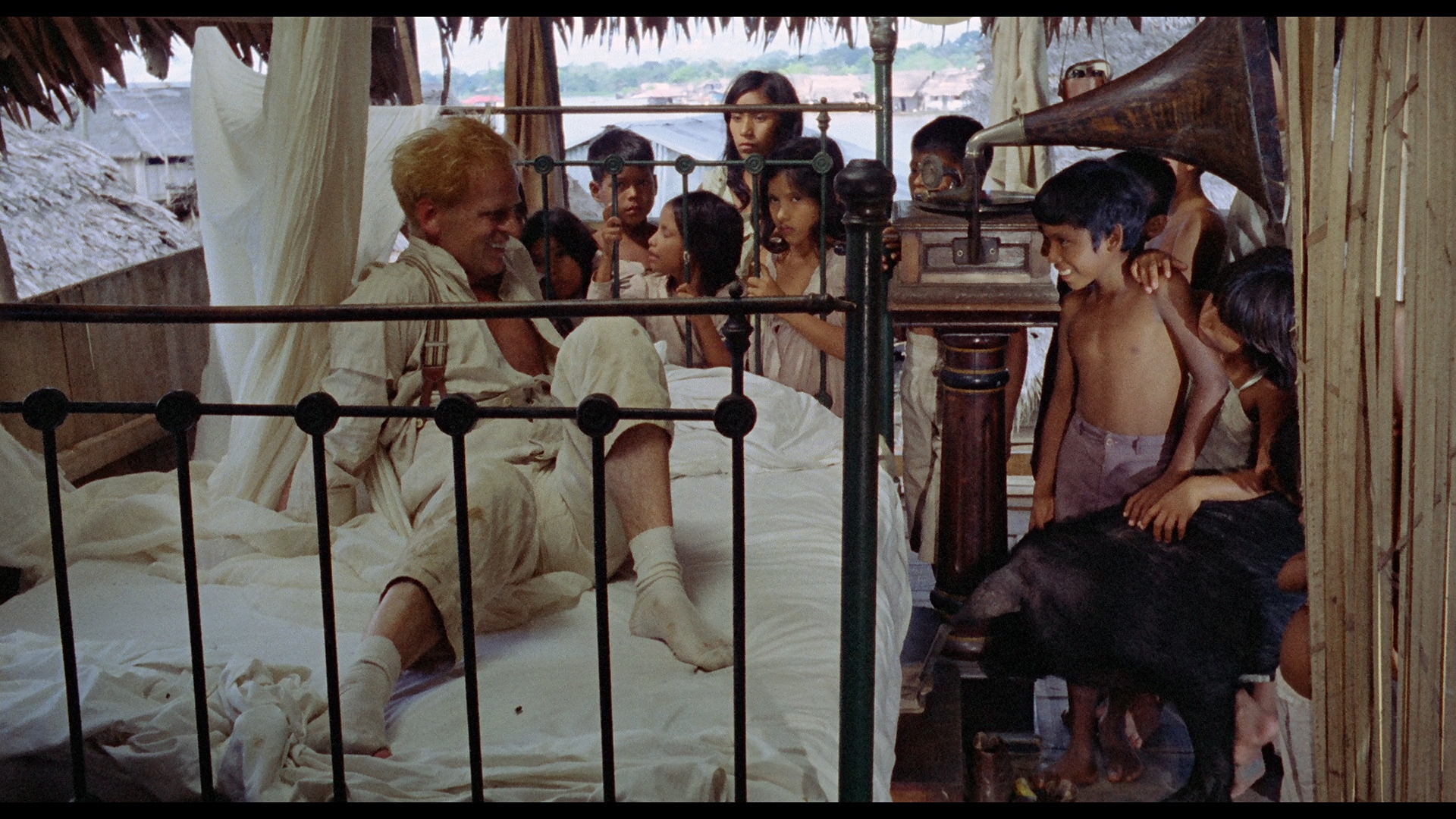 The most fraught of the Herzog-Kinski collaborations (as documented by Herzog in My Best Fiend) tells the extraordinary story of Fitzcarraldo, a Caruso-obsessed madman who embarks on a quest to build an opera house in Iquitos in the Peruvian Amazon. Originally conceived with Mick Jagger in the supporting role, the film’s most famous set piece involves the transport of a large steamboat over a steep hill using only the manual labour of the Araguna people, an act of exploitation and insanity documented by Les Blank in Burden of Dreams.

More than a remarkable “making of” documentary, Blank’s candid and expansive film explores the clash of cultures during Herzog’s troubled and ambitious production of Fitzcarraldo deep in the northern Amazon jungle in Peru. It features footage of the actual mechanism used to move the boat, unused scenes filmed with Jason Robards and Mick Jagger, interviews with cast and crew including indigenous extras, as well as life around the camp. A profound insight into Herzog’s single-mindedness, at one stage he says, “I live my life or end my life with this project”.