Masaki Kobayashi (1916–1996) is highly regarded for his enraged pacifism and sustained humanist critiques of society and authority. His films routinely depict a world fraught with systemic corruption.

Like other socially-engaged filmmakers in postwar Japan (Oshima, Shinoda, Imamura) Kobayashi was able to work seamlessly across a surprising variety of genres including the domestic melodrama, the period film, supernatural horror and the war film. Kobayashi’s early career as a director consists of ‘shomin-geki’ in the trademark style of Shochiku studios, reflecting his apprenticeship under Keisuke Kinoshita. Nevertheless, his third completed feature, The Thick-Walled Room — an uncompromising depiction of the experiences of convicted Japanese war criminals based on factual accounts — was initially suppressed by Shochiku for being too confronting and controversial. However, it was with this film that Kobayashi finally found his own style and voice, which would eventually lead to his three-part 10-hour masterpiece, The Human Condition, a semi-biographical indictment of the dehumanising effects of war.

This season of imported 35mm prints draws focus away from Kobayashi’s anti-war films to draw attention to his mature and fantastic  work in the jidai-geki (Samurai Rebellion,  Strike a Life For Nothing), the portmanteau  horror film (Kwaidan), and gives a nod to one of his less known but important anti-war films, Hymn to a Tired Man.

Presented in conjunction with

All images courtesy of The Japan Foundation, Toho & Shochiku. All rights reserved.

A young soldier is left half deaf after a severe beating from a superior officer during WWII. Years later, the soldier and the officer become destined to cross paths once again after their eldest children are engaged to be married. Based on the novel by the great Shusaku Endo (Silence), Kobayashi’s film adaptation is a meticulously paced dramatic film that maintains the director’s lifelong stance against corrupt authority, war and brutality. Featuring Kobayashi regular Michiyo Aratama. Music by Japanese New Wave legend Toru Takemitsu.

An array of dissolute smugglers while away the hours at an isolated tavern, suspicious of outsiders and all too keen to avoid trouble—until the arrival of a young idealist trying to buy his beloved’s freedom from prostitution rouses their sense of solidarity. Kobayashi weaves elements of poetic realism into this stunningly shot adaptation of the novel by Shugoro Yamamoto (who also wrote the source novels for Kurosawa’s Sanjuro, Red Beard and Dodes’ka-den). 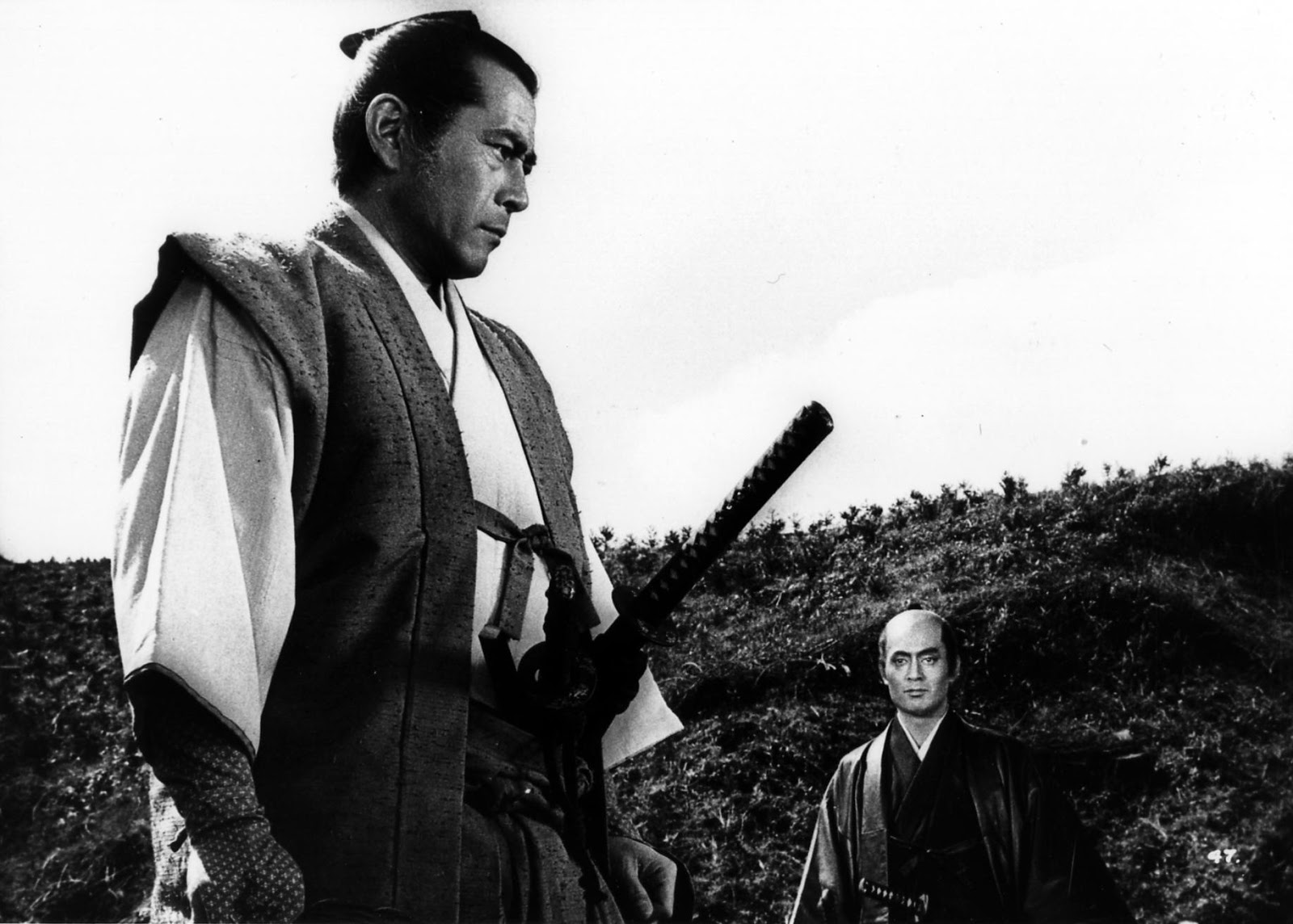 After two years of marriage to a vassal, a lord demands the return of his concubine. The vassal’s family (led by Toshiro Mifune) rebels, forcing them into conflict with an old friend (played by Tatsuya Nakadai). Kobayashi uses the form of the period film to universalise his recurring theme of dissidence. The unbending ritual of the samurai code, richly entrenched in legend and historical lore, is stylishly realised and questioned through his use of cool, reticent movement and elegant composition. Score by Toru Takemitsu. With Yoko Tsukasa.

Combining existential and humanistic themes garnered from his own personal and reluctant wartime experience as a private in the Japanese army, Kobayashi surveys the immediate post-WWII social problems in a community adjacent to an American military base. Within a sordid and pitiless world seemingly devoid of optimism, Kobayashi explores innocence, purity and the loss of dignity, as a young woman (Ineko Arima) is tempted into prostitution by a local petty criminal (Tatsuya Nakadai). With Fumio Watanabe.

A triumph of disturbing atmosphere and ghostly implications, Kobayashi’s anthology of oft-told tales of the supernatural was the most expensive film made in Japan and is marked by expressionistic visual and sound design that foreshadows many of the tropes of J-Horror. Alternately nightmarish and chilling, much of the film’s reputation for beauty lays with the work of art director Shigemasa Toda and the controlled direction of Kobayashi. Originally released in shortened form in the West, this is the complete version including all four tales. “It has remained for countless viewers such a singular experience, clinging to memory like an unshakable dream, a glimpse into some alternate zone where light falls differently on faces, time moves by a different measure, and terror blends disturbingly with beauty” (Geoffrey O’Brien).