With his characters quickly evolving beyond initial comparisons to the tragicomic work of Charlie Chaplin and the deceptively athletic and soulful Buster Keaton, Harold Lloyd (1893–1971) was a genius of physical comedy whose bespectacled go-getters perfectly embody 1920s America’s bold aspirations. A powerful example of an independent artist, Lloyd formed his own production company in 1924, and his formal and technical innovations (such as the trick perspective used for the iconic clock scene from Safety Last!) would go on to inspire many others in the industry. Here is a joyful tribute presenting three of the 12 features he made in the 1920s including two of his most indelible efforts, Safety Last! and The Freshman and the widely underrated Why Worry? , 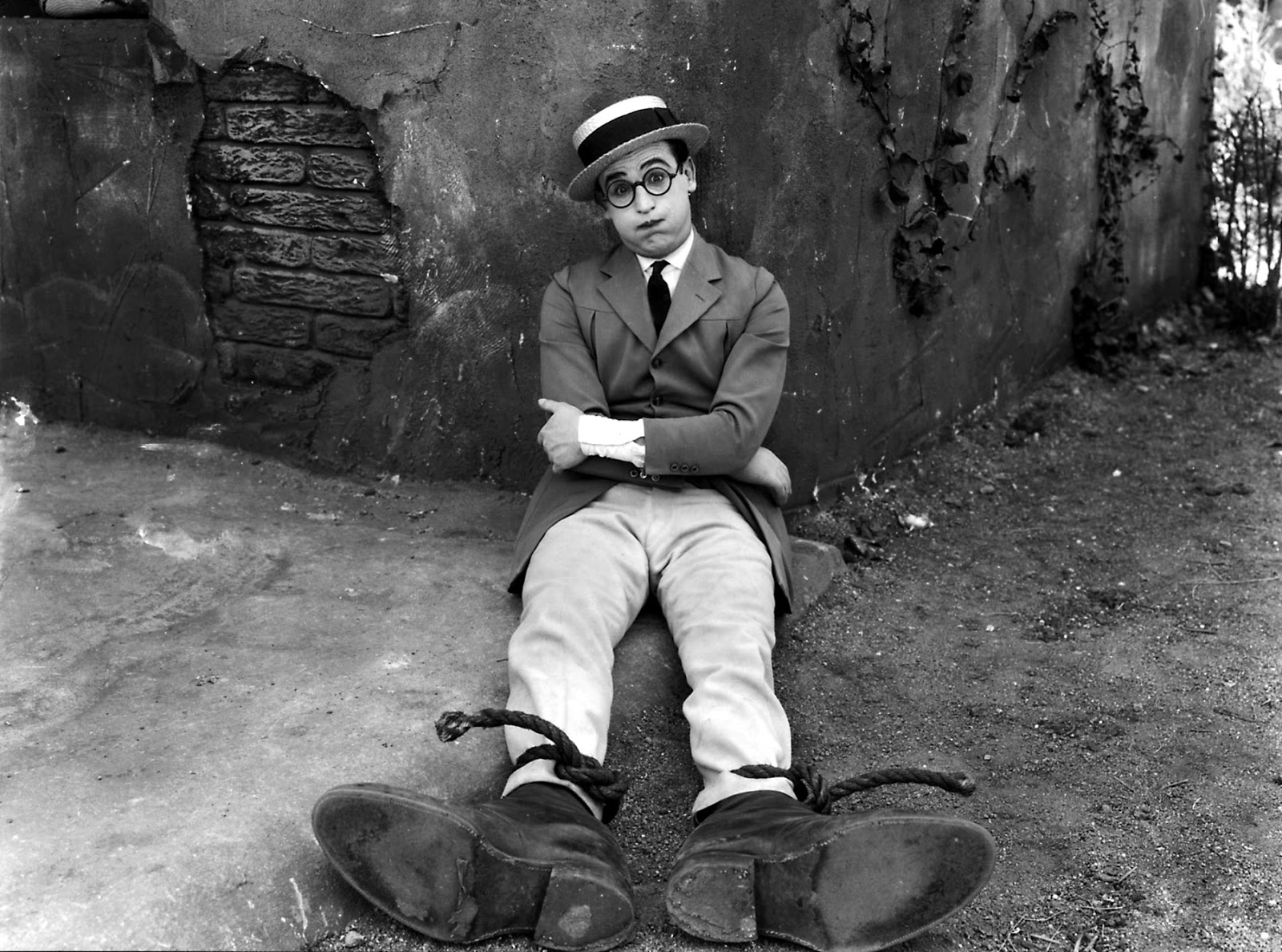 A classic of American social comedy, Lloyd’s most famous work appears today as a singularly lucid encapsulation of the hopes and depredations of early modernism. Trading off his image as the quintessential American “working man,” Lloyd’s bespectacled, go-getter persona substitutes the inspired models of Keaton and Chaplin for a harsher, more existentialist approach to physical comedy. Radically and profoundly de-centring Lloyd’s presence, the film emphasises the ways modern city life enforces social mobility through its control of space – a sobering, very 21st century notion.

In this under-appreciated classic, Lloyd steps out of his famous “speedy” go-getter character and into the role of a wealthy hypochondriac travelling to the tropical “El Paradiso” to relax, yet finding himself in the midst of a revolution. Lloyd’s meticulously designed gag sequences and sly lampooning of American life still dominate even when faced with a foreign “exotic” culture. Containing early examples of the surreal madcap humour subsequently popularised by the Marx Brothers in Duck Soup, it also provided the blueprint for Woody Allen’s Bananas many decades later.

Lloyd’s dopey freshman is determined to be popular in this classic tale of an awkward misfit who falls in love with his landlady’s daughter. Amidst a slew of classic college archetypes and situations, this simple narrative enables Lloyd’s inventive physical comedy to be strengthened by a genuinely sympathetic persona. Lloyd’s biggest box-office hit was also a peak in his artistic career. It also illustrates his influence on the rest of Hollywood, where the number of films using this setting – including Buster Keaton’s College in 1927 – increased exponentially in the following years.