What did Hollywood’s pre-eminent observer of social mores learn from the master of pathos-drenched slapstick? This program explores the little-known connections between the work of Charlie Chaplin (1889–1977) and Ernst Lubitsch (1892–1947). The two directors were friends and, before its release, Chaplin showed Lubitsch a rough cut of A Woman of Paris: A Drama of Fate, an atypical Chaplin film in that it is neither a comedy (its subtitle should be regarded in earnest) nor features its director onscreen (other than in a very brief cameo). Working on his breakthrough American film The Marriage Circle around the same time, Lubitsch praised Chaplin’s film’s intelligence and sophistication, seeing it as a “great step forward.” Our program concludes with The Oyster Princess, a wildly inventive demonstration that “the Lubitsch Touch” could also encompass broad slapstick. 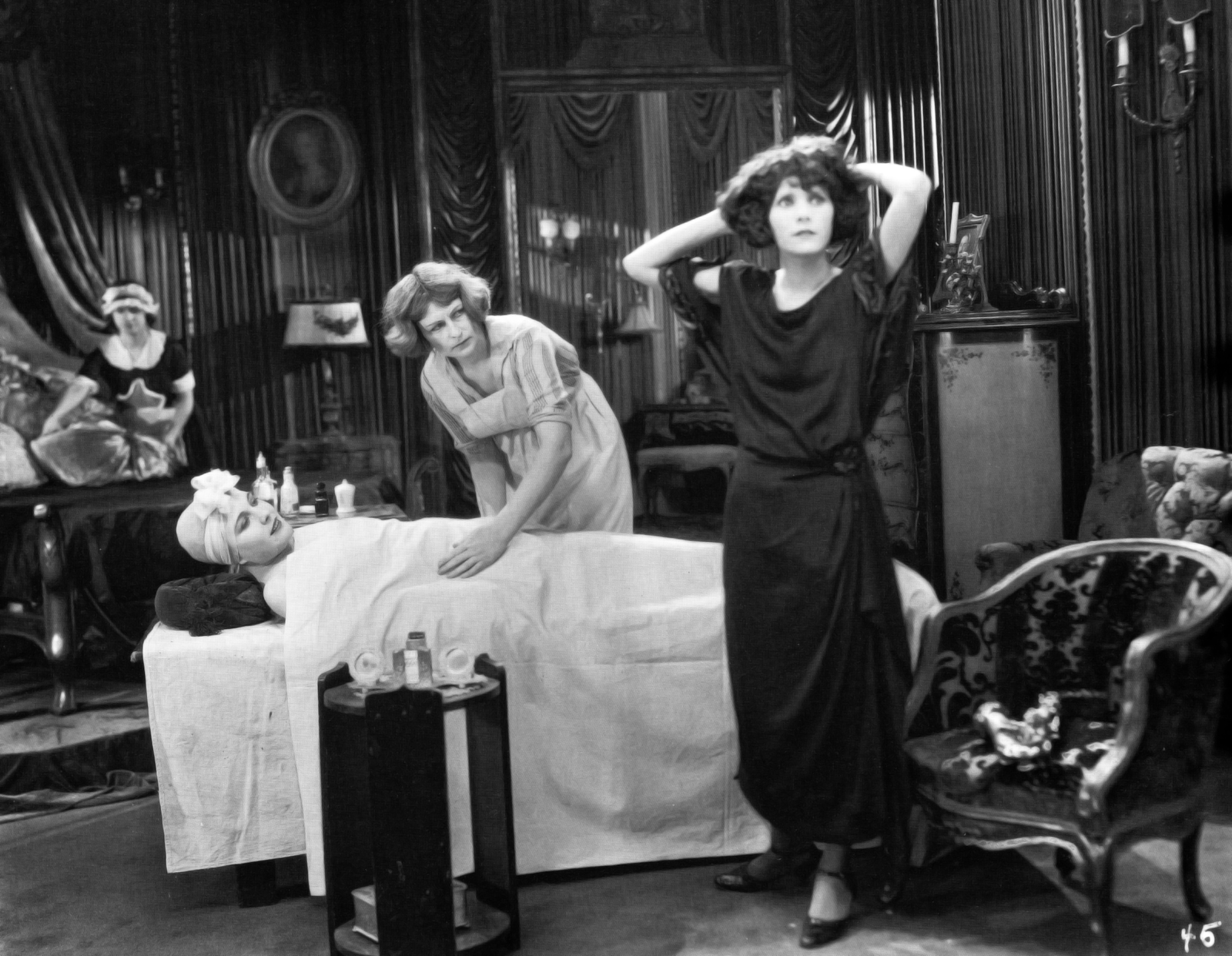 Lubitsch’s breakthrough American film established the sophisticated style and sensibility that marked his greatest work in Hollywood. This highly influential comedy of manners, itself inspired by Chaplin’s A Woman of Paris: A Drama of Fate and remade as One Hour With You, fixates on the flirtations, indiscretions and infidelities of a “circle” of well-heeled married couples in licentious Vienna. Lubitsch’s elegant roundelay features knowing performances by a wonderful array of silent-era talent including Florence Vidor, Monte Blue, Marie Prevost and the impossibly suave, Adolphe Menjou.

Preserved by The Museum of Modern Art with funding from the National Film Preservation Foundation and The Film Foundation.

CTEQ ANNOTATION:
Nuanced Complexity: The Marriage Circle and the Early Days of the ‘Lubitsch Touch’ by Isabella McNeill

A commercial failure on its initial release, Chaplin’s bold and subtle romantic drama is now widely regarded as one of the key works of his long career. This sophisticated, groundbreakingly complex drama of manners involves a French girl (Chaplin favourite Edna Purviance) who, due to a misunderstanding, fails to marry her sweetheart and ends up in Paris as the mistress of a perennial sophisticate (Adolphe Menjou). One of only two features Chaplin directed and didn’t star in, it was a key influence on Lubitsch’s American career.

CTEQ ANNOTATION:
A Woman of Paris by James L. Neibaur