Across a five-decade career, Marcello Mastroianni (1924-1996) maintained a position as one of European cinema’s most bankable stars. But his carefully cultivated public persona – the Latin Lover living ‘la dolce vita’, conducting affairs with co-stars like Faye Dunaway and Catherine Deneuve, enjoying the trappings of movie stardom while maintaining a stance of casual dismissiveness towards his profession (his response to receiving the Legion d’honneur: “I am a charlatan. A buffoon.”) – masked the discipline and dedication that sustained him as one of the greatest actors in the history of cinema. Equally at home in the carnivalesque surrounds of Fellini and Ferreri as the austerity of Antonioni and Angelopoulos, he provided depth and gravitas to innumerable light comedies and romances, added an impish whimsy to heartbreaking tragedies and built a gallery of characters as rich, diverse and subtly delineated as any in cinema. But perhaps his most indelible contribution was the creation of his stock character, referred to by his biographer Jacqueline Reich as the inetto. Neither hero nor anti-hero – Mastroianni referred to himself as a “non-hero” – this selection of impotent lovers, cuckolded husbands, frustrated artists, bumbling criminals and rejected romantics introduced a new kind of leading man: passive, detached, bemusedly ironic, the perfect vehicle to express the unstable political, social and sexual climate of post-war Italy.

This season of carefully selected features charts the development of Mastroianni’s career from the formative Big Deal on Madonna Street and White Nights to his seminal performances in Divorce Italian Style and 8 ½ and Oscar-nominated role in A Special Day. 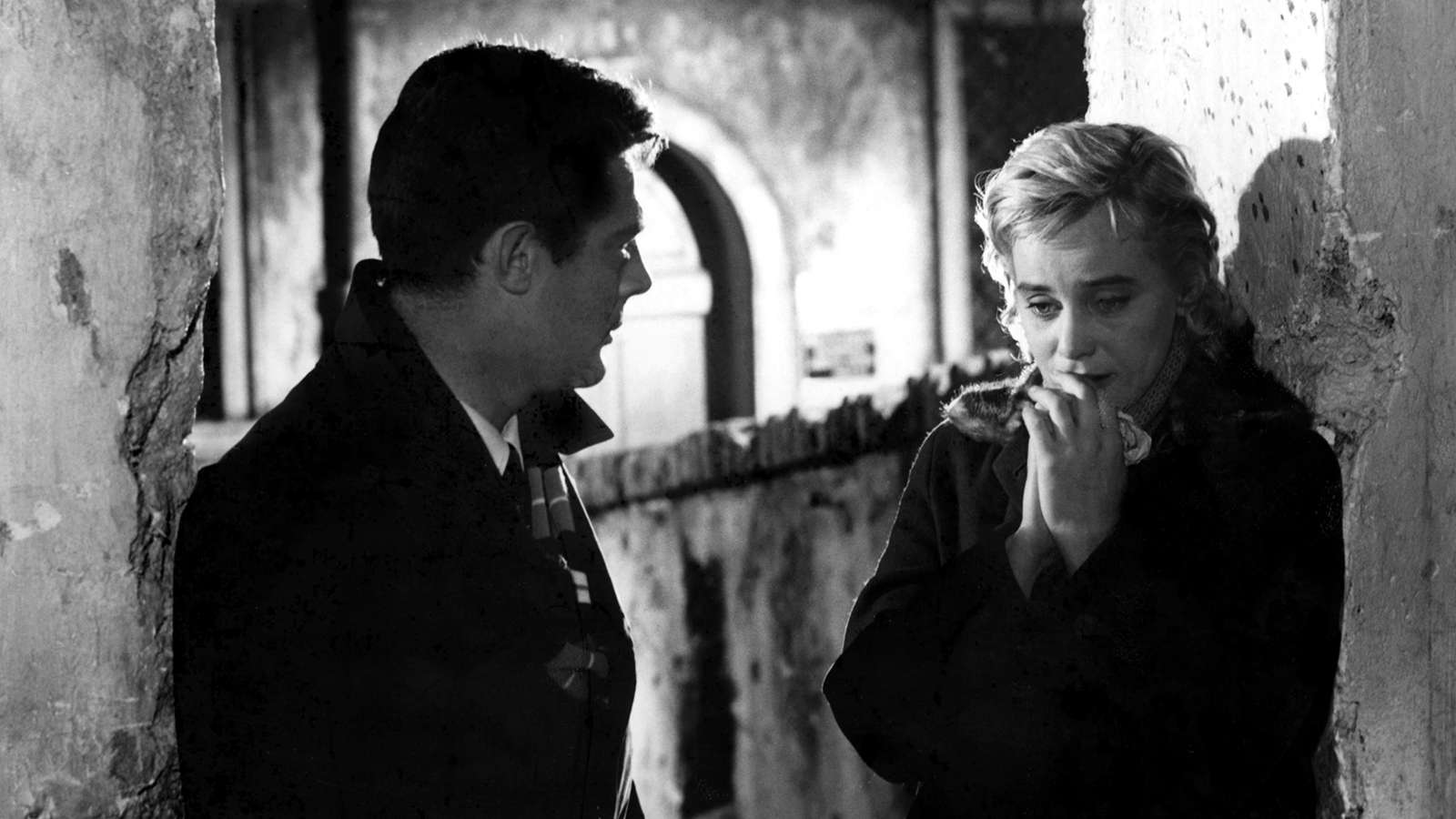 Visconti’s neo-realist influences are combined with a dreamlike visual poetry in this poignant tale of longing and unrequited love. Wandering aimlessly in the city of Livorno, Mario (Mastroianni) meets Natalia (Maria Schell) and the two become enmeshed in each other’s loneliness. Adapted from a short story by Fyodor Dostoyevsky, this fascinating transitional work in Visconti’s career features a groundbreaking performance by Mastroianni that is pre-emptive of his soulful, world-weary and highly influential roles for Fellini and Antonioni in the following decades.

Lauded by Roger Ebert as “the best film ever made about filmmaking,” and spawning countless imitators from Woody Allen to Bob Fosse, this playful, deceptively autobiographical Oscar-winning reverie on the mysteries of the artistic process is one of the landmark works of European art cinema. Three years after their worldwide success with La dolce vita, Fellini and Mastroianni once again teamed up to explore the porous boundaries between life, art and dreamlike imagination in this exhilarating circus-like comedy memorably scored by Nino Rota.

Courtesy of The British Film Institute. 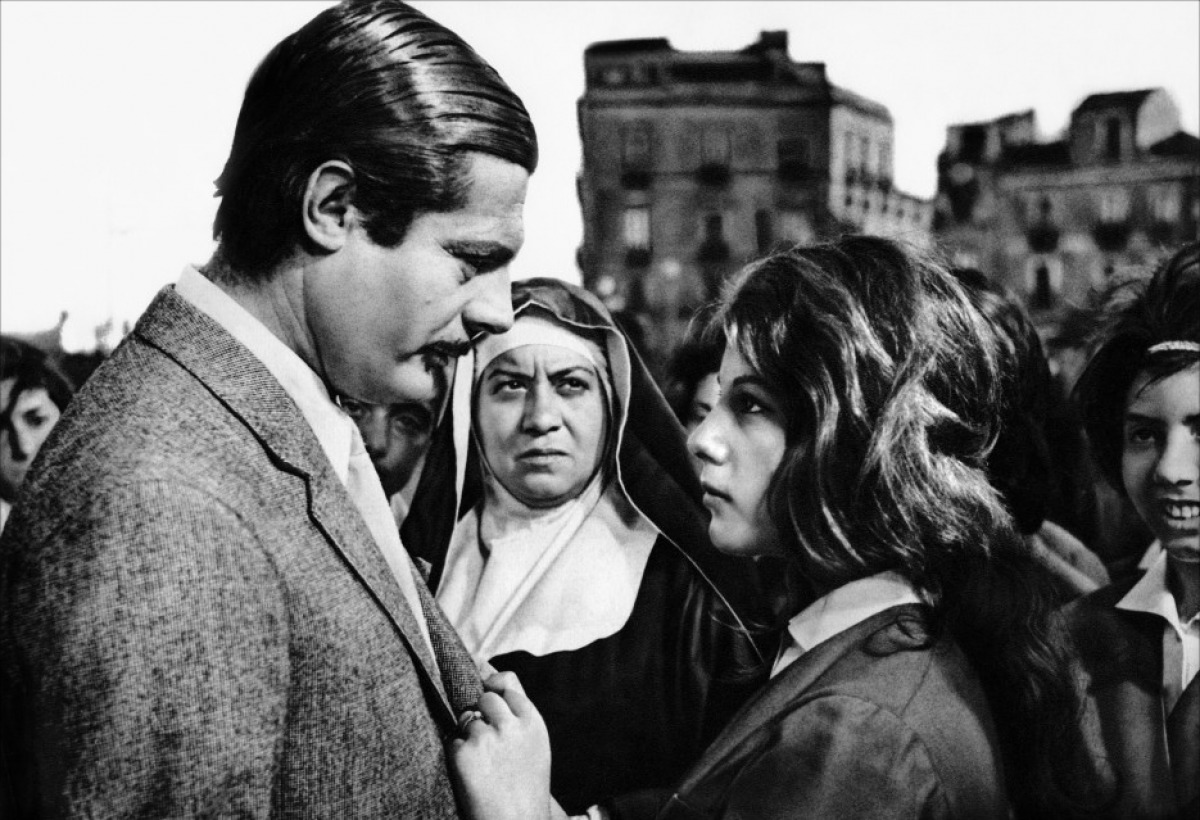 The New York Times hailed Germi as a master of farce for this tale of an elegant Sicilian nobleman (Mastroianni) who dreams of entangling his wife in an affair so he might kill her in a supposed crime of passion. A huge worldwide success, and a great showcase for Mastroianni’s comic abilities, the film, based on a novel by Giovanni Arpino, won the Oscar for Best Original Screenplay.

Co-starring Stefania Sandrelli as the teenage cousin and object of Mastroianni’s desire, this is a shamelessly beguiling satire of patriarchal Italian society and law and is the defining work of Commedia all’italiana.

CTEQ Annotation:
Laughing at Him and With Him: Marcello Mastroianni in Divorce Italian Style (Divorzio all’italiana, 1961) by Joe Di Mattia

This loving spoof of the caper film boasts a veritable who’s who of classic Italian cinema including Vittorio Gassman, Renato Salvatori, Totò and, in one of his most fondly remembered break-out roles, Mastroianni, playing a gang of small-time crooks scheming to hold-up a state-run pawn shop. Monicelli uses the conventions of the heist film and the various traditions of Italian cinema including neo-realism to maximum effect in this highly influential and internationally successful work that Jonathan Rosenbaum dubbed “one of the funniest Italian comedies ever made.” 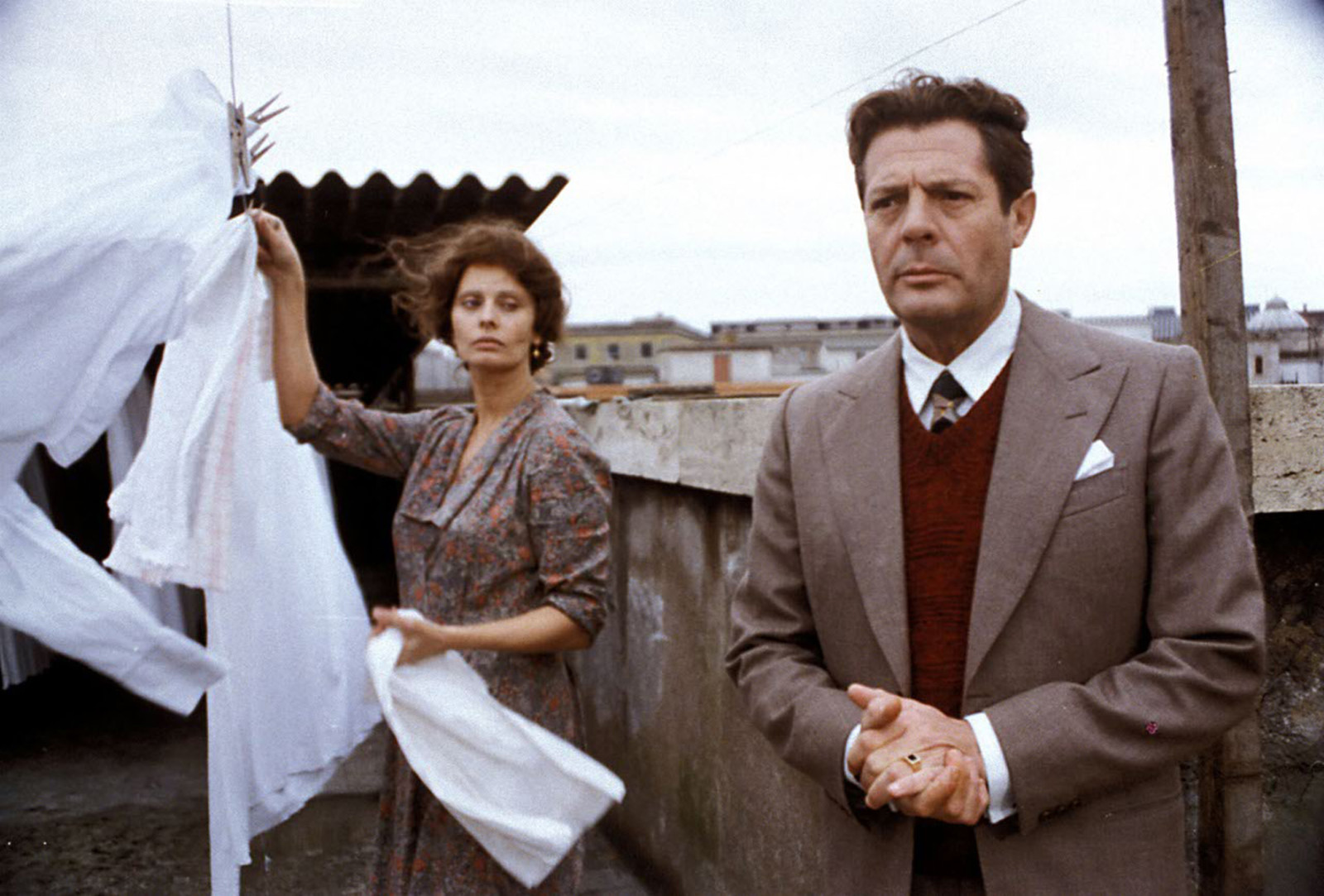 Scola’s sepia-toned masterwork remains one of the few Italian films to truly reckon with pre-World War II fascist Italy. Set entirely in the labyrinthine apartment complex Palazzo Federici, screen icons Sophia Loren and Mastroianni play against type as tangential outsiders hanging out while the rest of Rome gathers to witness the reception of Hitler by Mussolini.

Utilising virtuoso camerawork by Pasqualino De Santis, and a constant soundtrack of blaring radio commentary, Scola creates profound insights through his dextrous use of the limitations of time frame, casting and setting.

Initially beginning their filmmaking careers operating in a scrupulously realist, docu-drama mode, the Tavianis took a turn towards the semi-Brechtian with this acerbic, classically ’70s anti-spectacle, starring a game Mastroianni. A visually expressive, sardonic and hallucinatory historical drama about the death of revolutionary ideals, this is the Tavianis’ “kiss-off to individual idealism, embodied by Mastroianni’s self-involvement – a ‘great actor,’ who sees political engagement as ultimately a matter of uniforms, a concept literalised in the finale for withering irony” (Fernando F. Croce).