BEYOND LEONE: THE RADICAL LAWLESSNESS OF THE SPAGHETTI WESTERN

Although westerns had been made in Europe prior to Sergio Leone’s epochal A Fistful of Dollars, the astonishing wave of films produced in its wake constitute what is affectionately known as the spaghetti western.

Cheap but rarely cheerful, from 1964 a plethora of brutal, iconoclastic and stylistically freewheeling gun operas came out of an opportunistic pan-European studio system at a torrential rate. At a time when the Hollywood western was in bloated decline, the Italian-Spanish version ripped up all moral niceties, presenting extreme violence and radical politics via revenge narratives set against local desert backdrops. For directors such as the hugely conflicted Marxist Sergio Corbucci and the prolific pulp maestro Sergio Sollima, the genre was often just another paid job, but their films have nonetheless accumulated a cult reputation. Including international stars beyond Clint Eastwood, they seemed more often than not to feature the steely-eyed Lee Van Cleef (Angel Eyes in The Good, the Bad and the Ugly), an actor who became almost exclusively identified with the genre. Equally frequently they feature magnificent scores by the great Ennio Morricone, whose eclectic but instantly recognisable sound came to be a definitive component of this recklessly entertaining, uncompromising genre.

This rip-roaring season showcases the genre’s most ostentatiously audacious examples, featuring auteurs (and Sergios!) to rival Leone. It brings together a number of the most acclaimed and stylistically adventurous examples from Death Rides a Horse and The Big Gundown to two of Corbucci’s most atmospheric, ambitious and exploratory entries: The Mercenary and The Great Silence.

Presented with support from the Italian Institute of Culture. 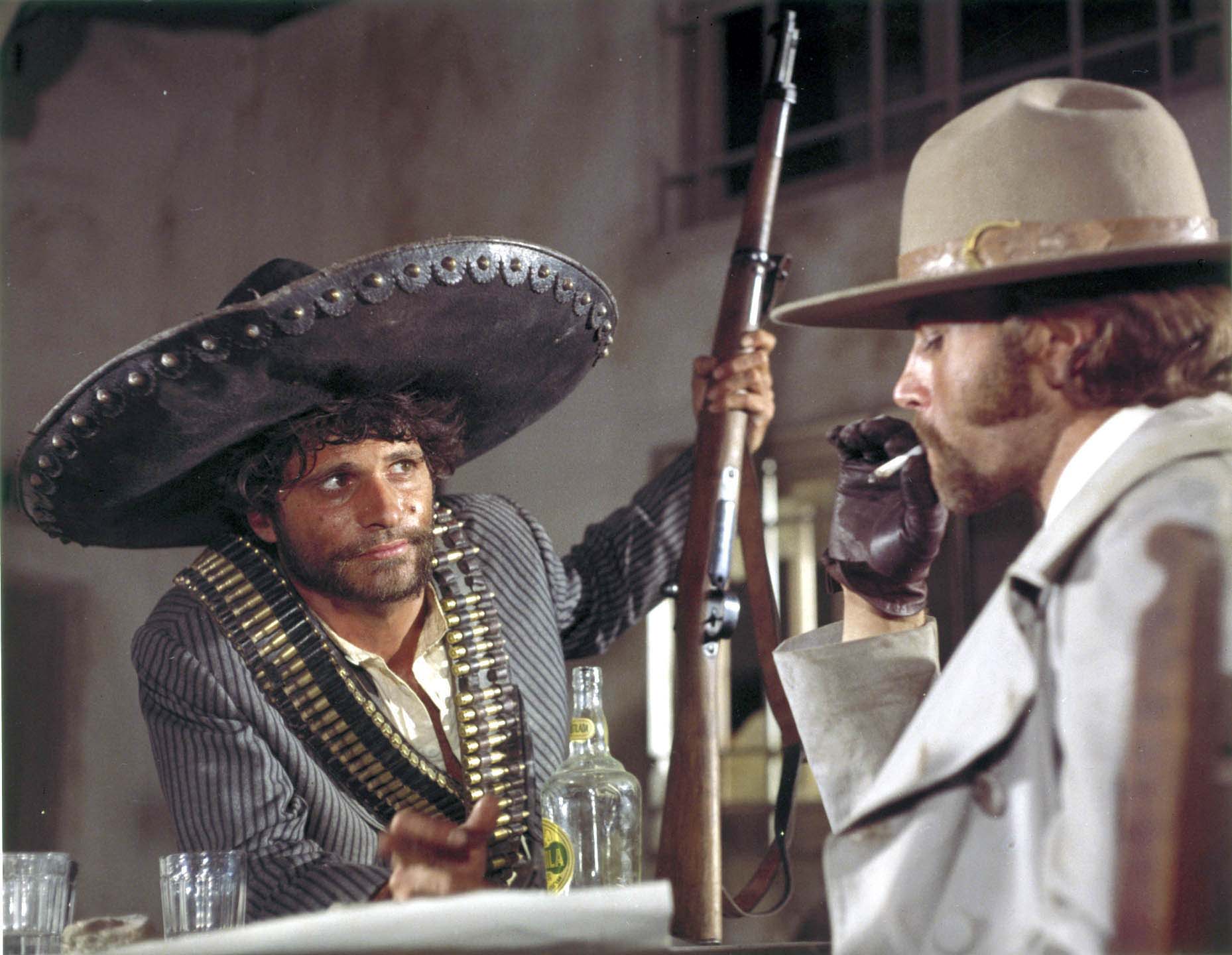 A widely underrated masterpiece starring Lee Van Cleef (For a Few Dollars More) in his first leading role, this cat-and-mouse adventure follows bounty hunter “Colorado” Corbett as he embarks on a score-settling manhunt for a Mexican criminal known as “The Knife” (Tomas Milian). Audaciously revisionist in outlook – and with Sollima’s iconic multilayered imagery, a taut script by frequent Leone collaborator Sergio Donati, and an explosive Ennio Morricone score – this volatile and morally ambiguous film is considered by some to be the best of all spaghetti westerns.

With an all-star cast featuring spaghetti western staples Franco Nero and Jack Palance, Corbucci’s thrilling and ultra-violent political fable is a key work of the “Zapata” subgenre. Nero plays the titular mercenary who, in a typical Corbuccian (as well as Brechtian) flourish, stumbles upon his on-again-off-again friend (Tony Musante), reigniting a florid brothers-in-bloodshed partnership. Sometimes overlooked in favour of the director’s more sombre and deeply fatalistic The Great Silence, this is an incisive and eminently entertaining addition to both the “spaghetti canon” and the oeuvre of one of its most important proponents. 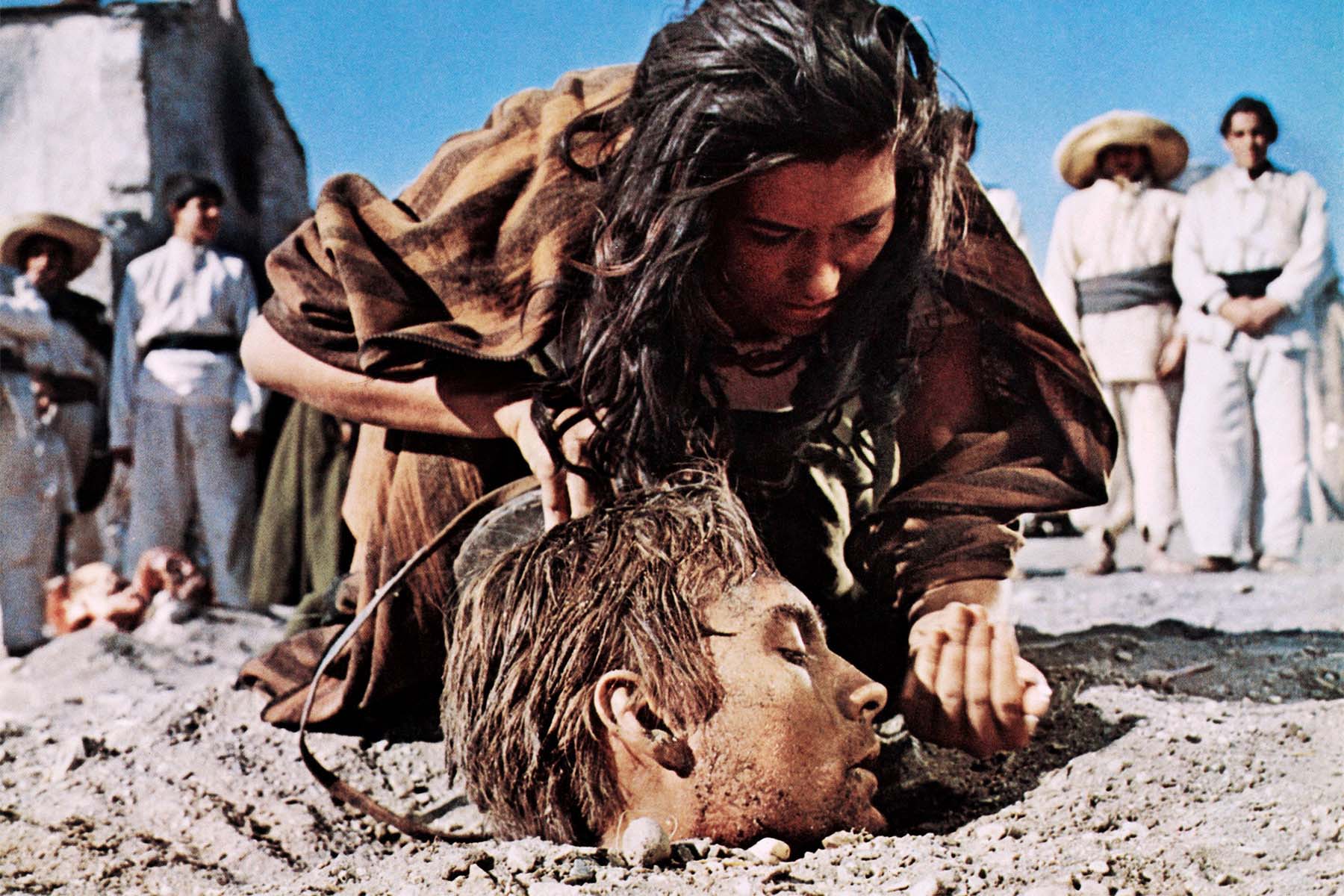 Brutal and pessimistic, this revisionist, topically allegorical western is commonly deemed Corbucci’s masterpiece. A bitter kiss-off to the genre, Corbucci channelled his righteous fury at the assassinations of Che Guevara and Malcolm X, so much so that Darryl F. Zanuck declined to grant the film US distribution. It contains one of Ennio Morrricone’s most radical scores to match the astonishing snowbound cinematography of the Dolomite locations. Starring Jean-Louis Trintignant, Klaus Kinski and Frank Wolff. Director and critic Alex Cox called it simply “one of the finest westerns ever”.

Petroni’s emblematic revenge western stars John Phillip Law as a young man setting out to avenge the murder and defilement of his family, which he witnessed as a boy. In this variation on the “tutorship western”, he meets up with Ryan (Lee Van Cleef) who has just served a long stretch in prison after being framed for armed robbery by the same gang. Van Cleef once again emerges as perhaps the spaghetti western’s key actor; Petroni (Tepepa) provides characteristically tense and well-paced direction; and Ennio Morricone delivers one of his most audacious and bizarre scores. 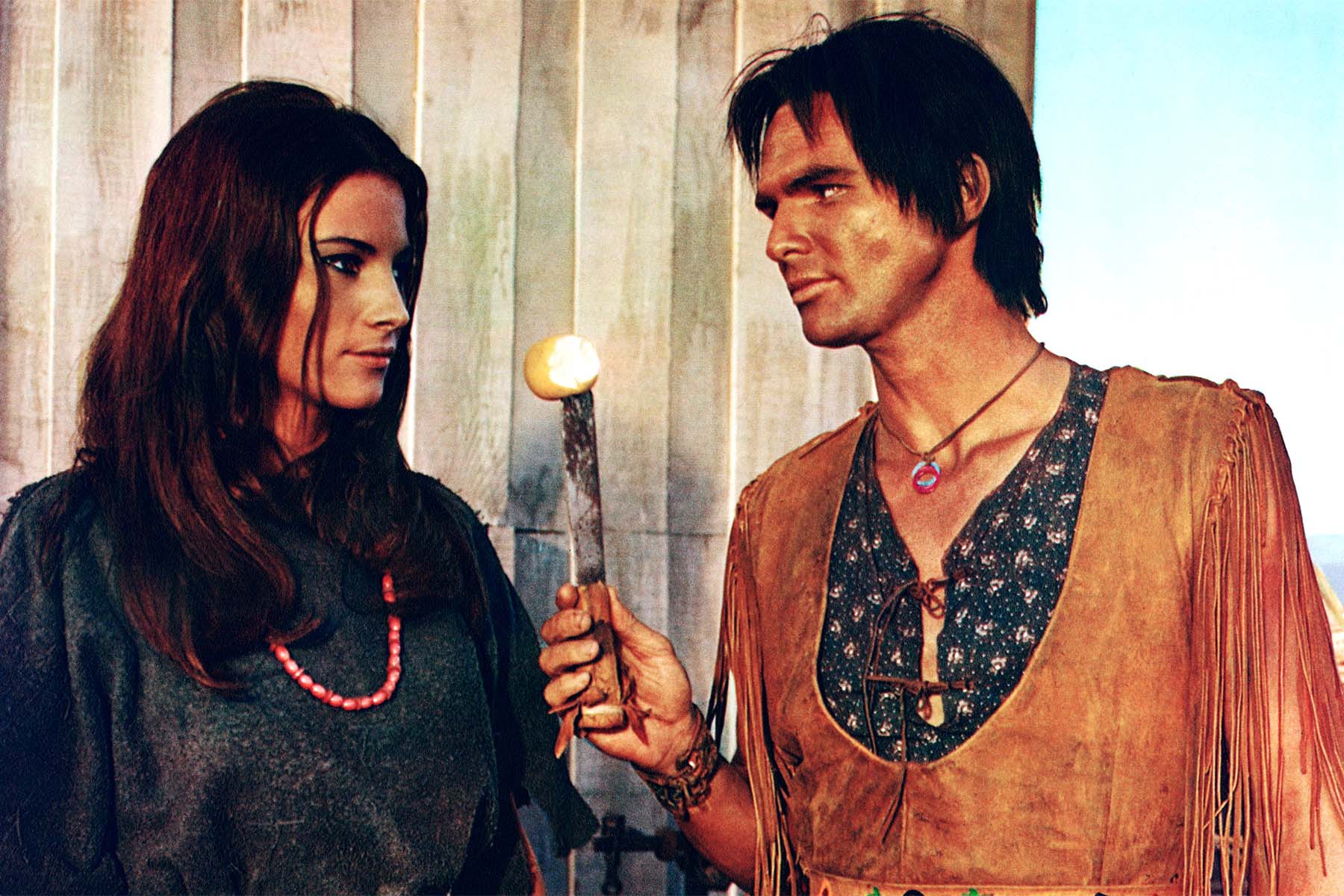 In this first of a trilogy of films, Sabata (Lee Van Cleef) is the lone man dressed in black, a supreme marksman who comes to the rescue of a small Texas town. This consciously absurdist entry in the spaghetti western genre features whip-crack dialogue, acrobatics, outlandish weapons and energetic gunslinging executed with supreme flair. Up against a violent assailant with an iconic banjo, Sabata, both the man and the film, cherishes the unconquerable spirit of the old West. With William Berger and Linda Veras, and featuring an energetic, flavoursome score by Marcello Giombini.

CTEQ ANNOTATION
‘Sabata’: The Best Of The Bad by Adam Powell.

The spaghetti western’s other great Sergio (Corbucci) offers a tougher and more concentrated snapshot of frontier violence than his contemporaries, favouring a suggestive atmosphere of accumulating malice. Joe seeks vengeance against the ruthless scalp-hunters who murdered his wife and massacred their village’s inhabitants. Played by the young and then largely unknown Burt Reynolds, Joe becomes an ideal vessel: always waiting, thinking and then diving into action for a few lethal beats. Aided by Ennio Morricone’s expressive score, repurposed years later for Tarantino’s Kill Bill, the film would go on to inspire countless grindhouse plots of merciless revenge.