Montgomery Clift (1920–1966) is one of the key actors to emerge from post-World War II US cinema.

Often compared to his contemporaries James Dean and Marlon Brando, Clift presents a more vulnerable, truly interior and pensive star persona than his counterparts, emerging as one of the most sensitive, thoughtful and soulful actors of his generation as well as a gay icon in the years after his untimely death. After a successful stage career, Clift emerged as an actor of great range, subtlety and even strangeness alongside John Wayne in Howard Hawks’ epic Oedipal western, Red River (shot in 1946 but not released until 1948).

Over the next 15 years he worked very selectively, completing only another 14 films, but collaborated with many of the key Hollywood and international directors of the era including Alfred Hitchcock, George Stevens, Fred Zinnemann, Vittorio De Sica, John Huston, Elia Kazan and William Wyler. At the peak of his career in the early 1950s, he developed a profoundly independent and offbeat persona outside of the norms of Hollywood while also starring in such significant and emblematic movies as Zinnemann’s From Here to Eternity and Stevens’ A Place in the Sun. His performance in this key film, alongside the equally luminous Elizabeth Taylor, defines a particular image of Clift’s beauty before the 1956 car crash that left him with lingering facial injuries. The best of his post-accident movies exploit this increased vulnerability, physical uncertainty and sense of loss including Edward Dmytryk’s The Young Lions and John Huston’s The Misfits and Freud.

This season features six of Clift’s greatest performances ranging from his full emergence in Red River to his damaged, brave and tenaciously vulnerable role as a New Deal administrator in Kazan’s masterpiece, Wild River. 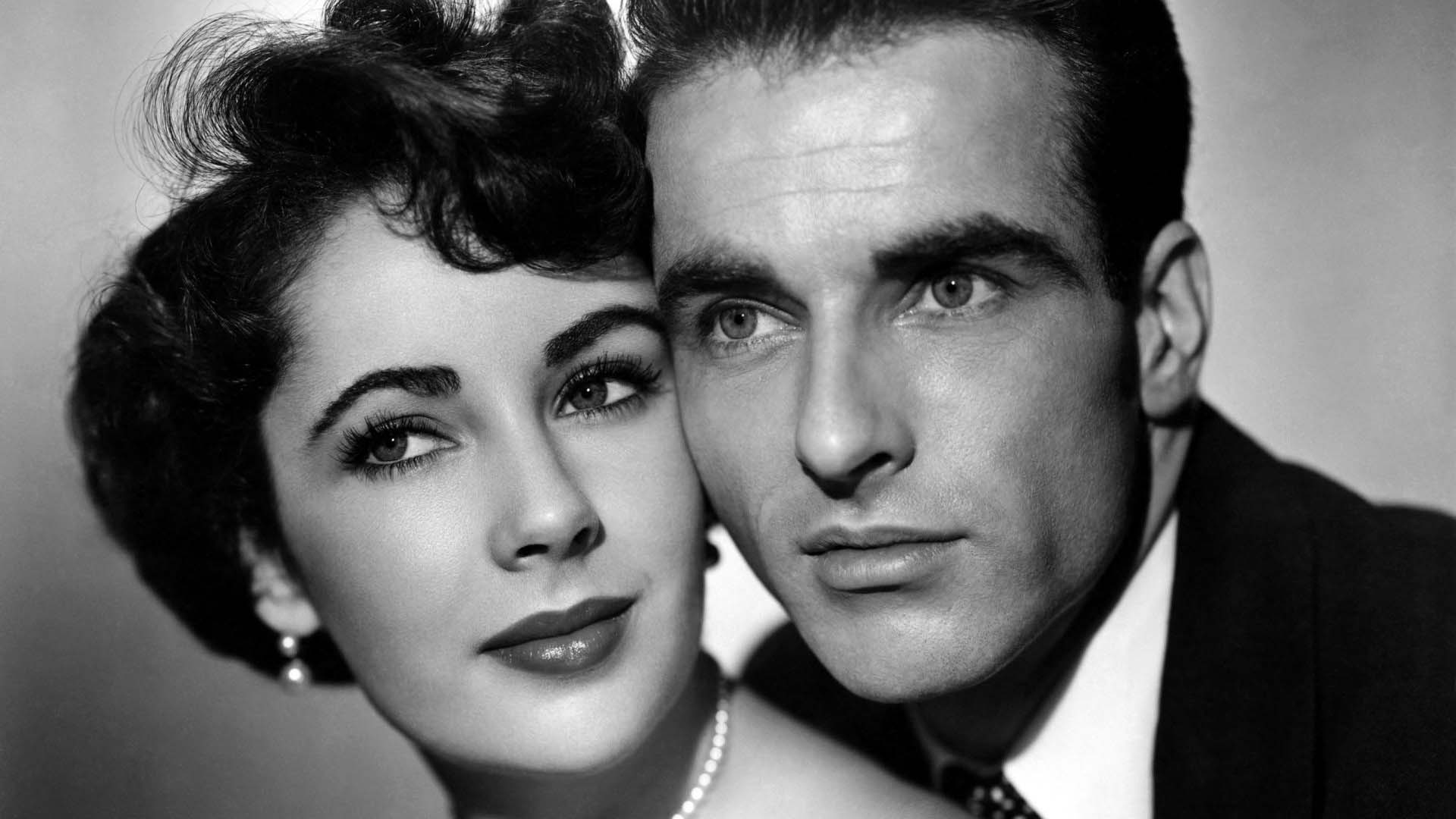 Stevens’ meticulous and haunted contemporary adaptation of Theodore Dreiser’s An American Tragedy is one of the key Hollywood films of the 1950s. This tale of thwarted ambition, class, murder, “wrong” choices and unfettered desire is defined by Clift’s emblematic role as an outsider undone by the messiness of life and his desire for wealth. A beautifully composed and often wrenching movie, it contrasts the hemmed-in scenes featuring Shelley Winters’ shrill, vulnerable factory girl with the overwhelming romance that strikes between Clift and Elizabeth Taylor in some of the cinema’s most indelibly sensual scenes.

CTEQ Annotation:
Inside the outsider’s skin: Montgomery Clift in ‘A Place in the Sun’ by Joanna Di Mattia.

Hawks’ American classic is a reworking of Mutiny on the Bounty featuring an Oedipal battle between a hardened authority figure (John Wayne) and his defiant adopted son (Clift) set in the changing territory of the post-Civil War West. An elegant score by Dimitri Tiomkin and brilliant performances by the stellar cast including Joanne Dru, John Ireland and Walter Brennan mark this sweeping spectacle as profoundly as the Red River brand. Beautifully shot by Russell Harlan, Clift’s moody and driven role as Matthew Garth established him as one of the great actors of his generation. 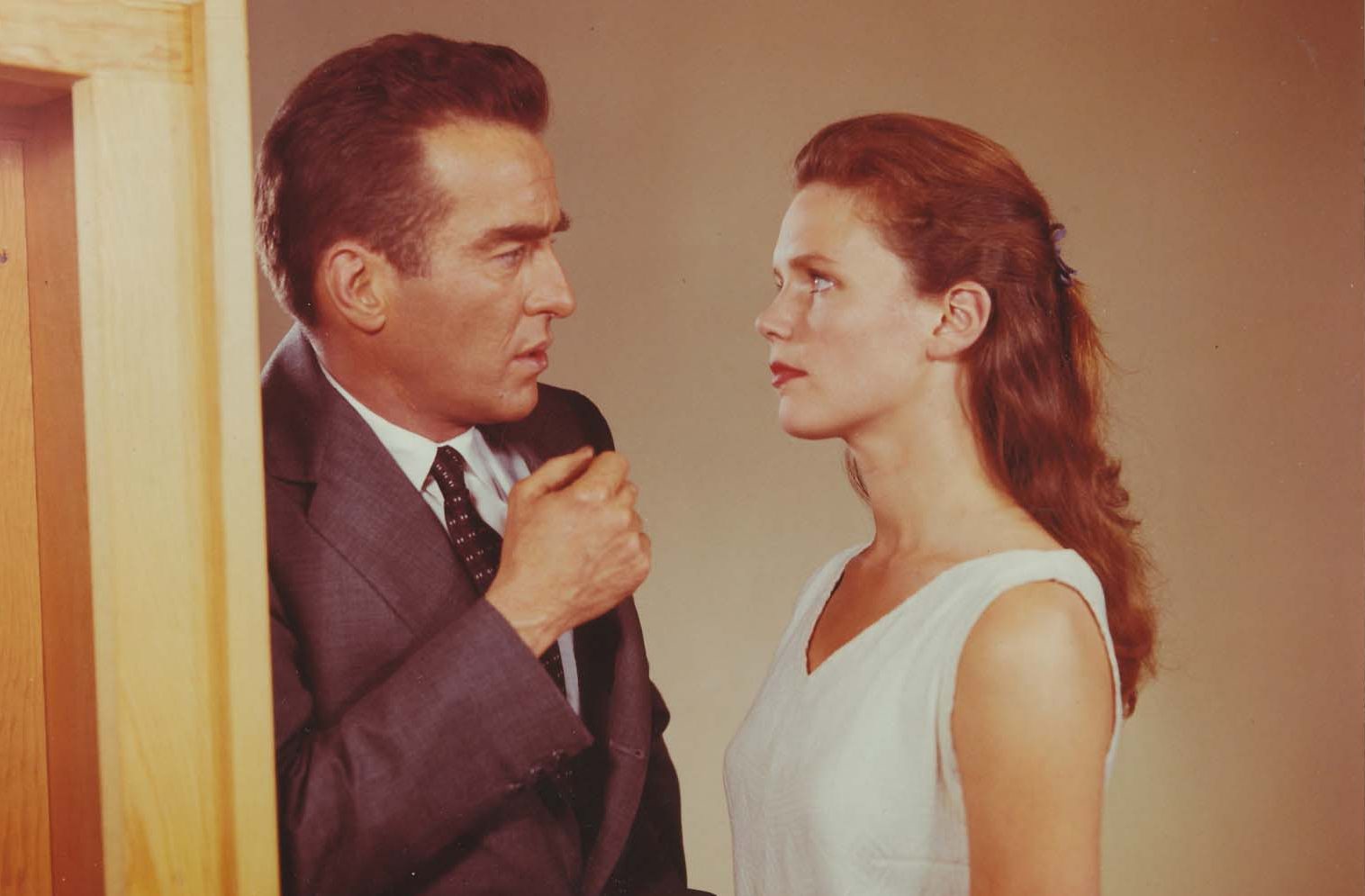 Clift stars as a New Deal administrator sent by Washington to persuade a stubborn, elderly Tennessee woman (Jo Van Fleet) to sell her land before it is flooded for a hydroelectric project. Filmed in ’Scope, this soulful period reconstruction was shot on location not far from where Kazan had worked as assistant director on his first film, the pro-union short People of the Cumberland. Lee Remick reunites with the director to play the love interest, the old woman’s granddaughter. While the film was not initially a critical or box-office success its stature has grown over time and it is now widely regarded as one of Kazan’s masterworks. With Barbara Loden.

Zinnemann’s hugely successful and widely influential (see Anderson’s The Master) melodrama concerns the romantic and existential follies of a group of men and women stationed at Pearl Harbor in the period leading up to the Japanese attack in late 1941. Adapted from the novel by James Jones (The Thin Red Line), this multi-Oscar-winning portrait of desire, institutional brutality and the circumscribed fate of individuals caught in the wheels of history features a truly extraordinary cast including Burt Lancaster, Deborah Kerr, Ernest Borgnine, Frank Sinatra, Donna Reed and Clift in his signature performance as the non-conformist trumpet player, Prewitt. 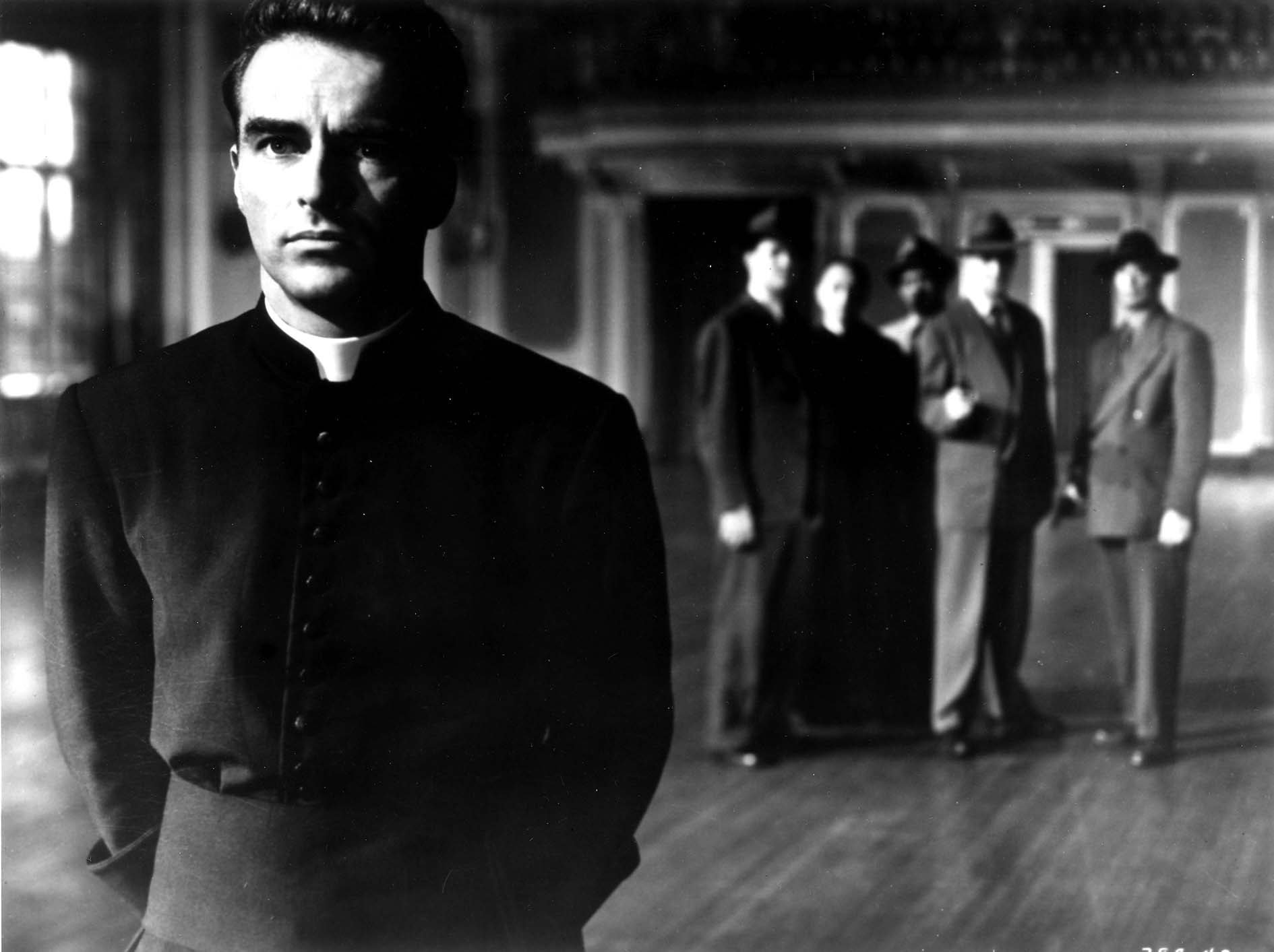 Beneath the gothic spires of Quebec, a Catholic priest suffers a case of conflicted conscience when a murderer reveals his guilt while in confession. Hitchcock’s characteristically obsessive themes of masculine anxiety, shifting personalities and the transference of guilt become the central topic of this provocative and often underrated blend of taut melodrama, murder mystery and theological inquisition. A particular favourite of nouvelle vague critics such as Rohmer and Chabrol, it also features one of Clift’s most intense, gestural and nuanced performances in the lead role. With Karl Malden and Anne Baxter.

The only film that the two great Method actors Marlon Brando and Clift ever acted in together is a nuanced adaptation of the bestseller by Irwin Shaw. Oscillating between the stories of an idealistic German ski instructor (Brando), who believes the Third Reich will better his country, and two American soldiers – a Broadway star (Dean Martin) and a Jew (Clift, in one his subtlest performances) – this study of the human experience of war follows the hopes and dreams of common men tossed into the unstoppable machine of World War II. With Hope Lange, Barbara Rush and Maximilian Schell.