A WOMAN OF ACTION: THE KINETIC CINEMA OF KATHRYN BIGELOW

One of the most significant directors working in Hollywood, Kathryn Bigelow (1951-) brings a unique auteurist vision to the mainstream, playing with traditionally male-centric genres and revelling in the spectacle of violence.

A passionate painter in her teens, Bigelow moved to New York in her early 20s to study at the Whitney Museum of American Art where she discovered the potential of film, going on to complete a master’s degree at Columbia University. Since her first short, The Set-Up in 1978, she has directed ten features across the genres of the cop and buddy film, action, science fiction, horror and the war drama. Refuting labels that focus on her gender, Bigelow is more interested in a cinema of attractions and the aesthetic possibilities of genre films. With her viscerally thrilling style, kinetic action sequences and portrayal of complex protagonists struggling with internal conflicts, she operates within the Hollywood system without conforming to it. Unflinching and thought provoking, Bigelow’s ideologically complex films push cinematic boundaries and question collective assumptions about gender and violence.

This short season focuses on many of Bigelow’s most successful films, from her striking early features like Near Dark and her action films of the ’90s, including the prescient and underrated Strange Days, to the celebrated bomb-disposal drama, The Hurt Locker, for which she became the first (and still only) woman to win the Academy Award for Best Director. 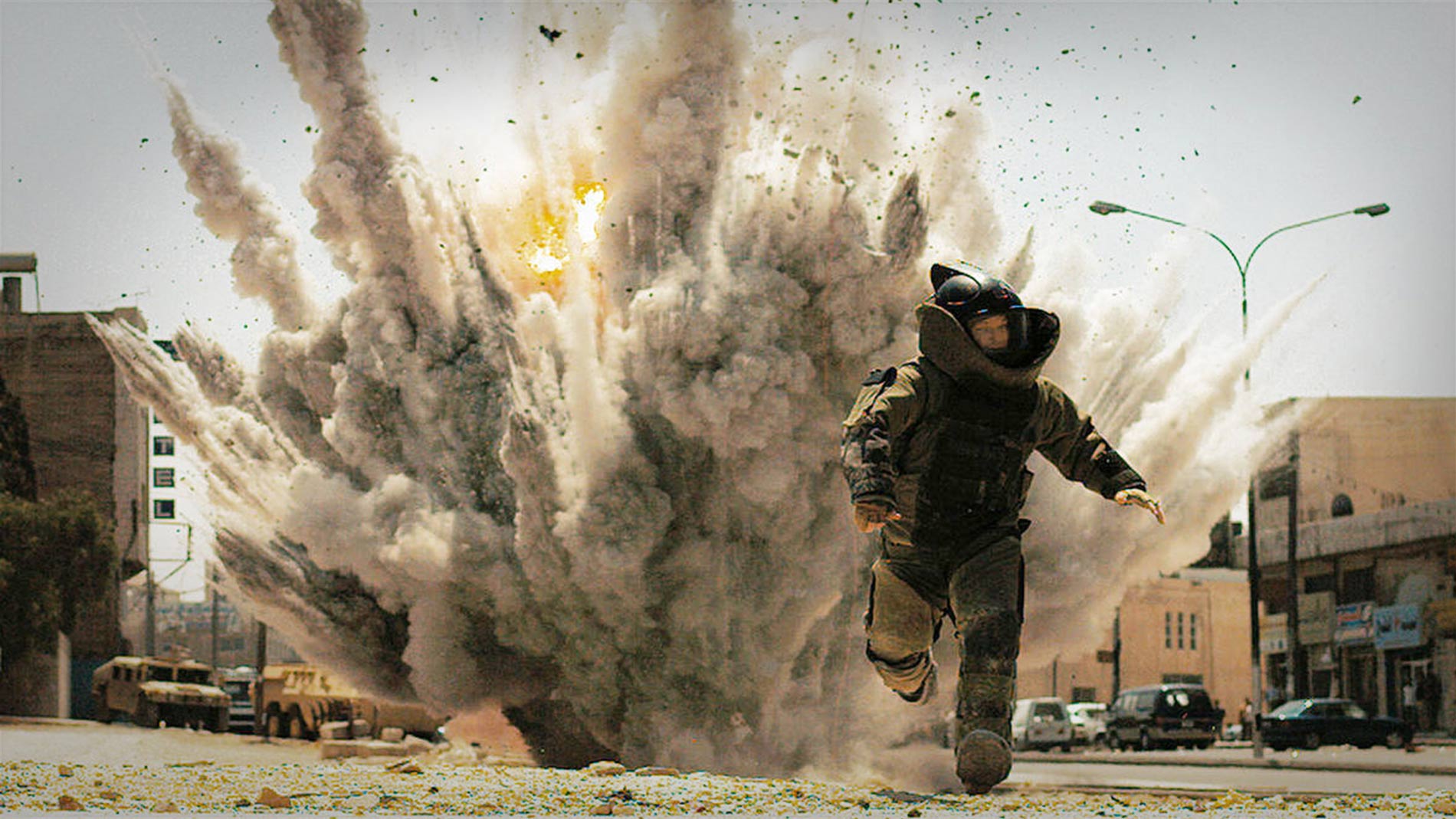 Bigelow became the first woman to win the Academy Award for Best Director for this palpably paranoid and claustrophobic evocation of the Iraq War, starring Jeremy Renner as the cavalier leader of a team of military bomb-disposal experts. Shot in Jordan just miles from the Iraqi border, and featuring a series of breathtakingly tense set pieces, this immediate and unsanitised film – shot handheld on Super 16 by Barry Ackroyd – gives viewers a boots-on-the-ground perspective on the physical and psychological toll wrought by a futile war. With Guy Pearce and Ralph Fiennes. 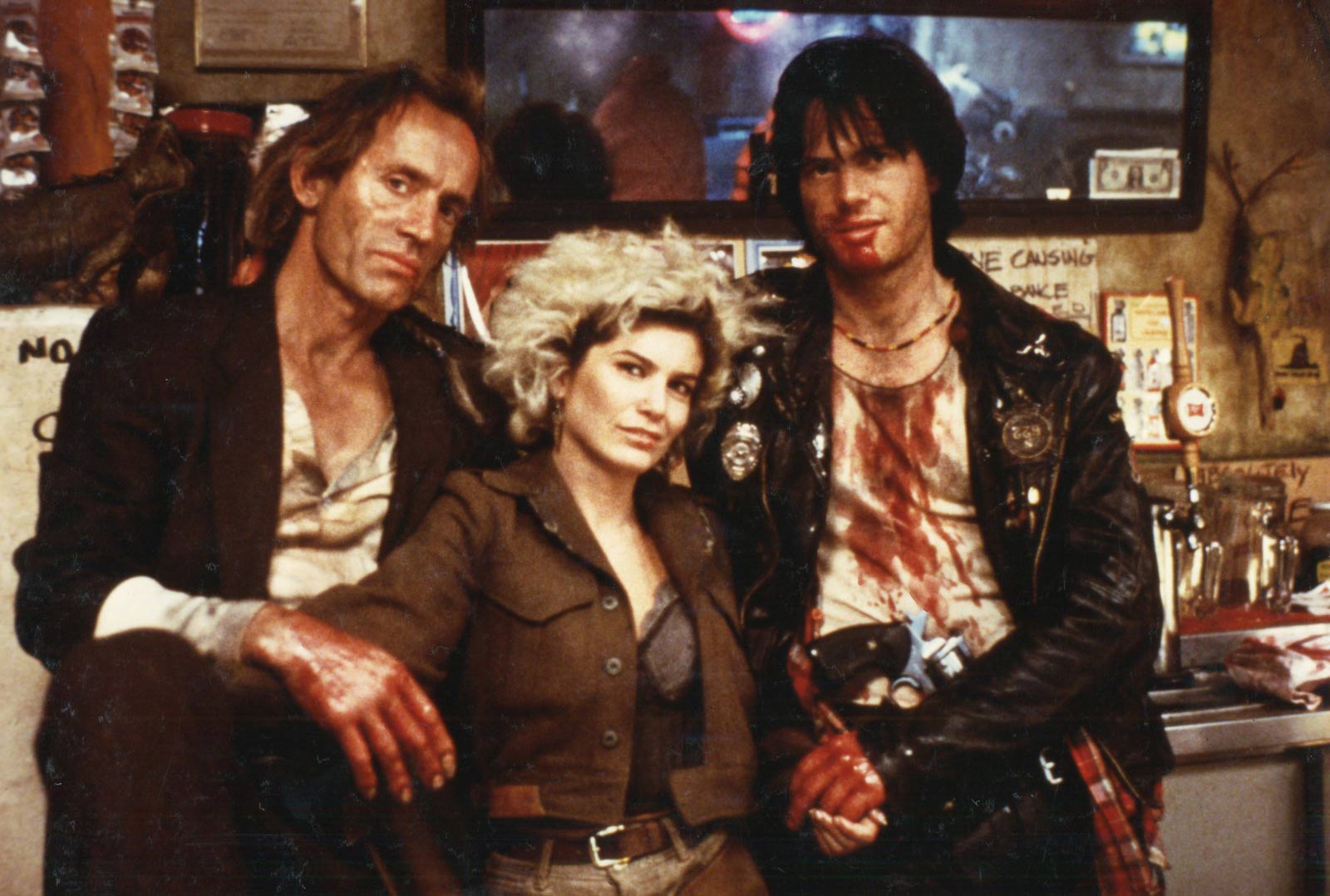 
Originally conceived as a Western – and retaining the genre’s sensibility for lawlessness, marauders and open spaces, despite its translation to a modern milieu – Bigelow’s first solo outing as feature-film director has grown in stature from its initial tepid release to a critically well-regarded and respected genre classic. Ostensibly a vampire road movie, the film offers a disarmingly tender and strangely poetic portrait of human relationships whilst never shying away from kinetic action scenes and bloody violence.

Featuring a score by Tangerine Dream.

Bigelow’s once maligned big-budget box-office failure, a heightened science-fiction thriller delving into the near futuristic worlds of virtual reality and urban malaise, is now widely regarded as a fascinating, troubling and prescient film maudit based on a script by James Cameron and Scorsese collaborator, Jay Cocks. A teeming, millennial, baroque and richly detailed vision of a decaying Los Angeles torn apart by race riots and crime, Bigelow’s discomforting neo-noir is a “visionary triumph” (Todd McCarthy) starring Ralph Fiennes, Angela Bassett and Juliette Lewis.