Monica Vitti is one of the most iconic performers of European modernist cinema. She is best known for her extraordinary four-film collaboration with lover Michelangelo Antonioni in the early 1960s. The cultural and artistic impact of these four films – which launched her career – has, in the international realm at least, tended to obscure her much longer reign as an almost-unrivalled star of Italian comedy.

Born in Rome in 1931, Vitti claimed to have discovered her love of performance while entertaining fellow children in bomb shelters during Allied air raids. Graduating from the Italian Accademia Nazionale d’Arte Drammatica in 1953, she sustained a minor career mainly in theatre, focusing on comedy, until tapped by Antonioni – 20 years her senior – while performing dubbing work on his 1957 film, Il grido. She was to be his muse and star on his next four, legendary features – starting with L’avventura – showcasing an impenetrability perfectly attuned to the auteur’s portraits of alienation, ennui and the modern world. This trademark inscrutability translated exceptionally well into comedy, where her striking visage – with just the faintest hint of Buster Keaton around the eyes – was increasingly put to use for satirical, or outright farcical, purposes by the likes of Roger Vadim and Tinto Brass in the mid-1960s. This artistic trajectory culminated in her 1968 triumph in Mario Monicelli’s The Girl with a Pistol, for which she won the first of her five David di Donatello awards for Best Actress.

This tribute season to the legendary Vitti – who passed away in February this year after a two-decade battle with Alzheimer’s – splits evenly between her austere, unforgettable turns in Antonioni’s L’eclisse and Red Desert, and her lighter side with Joseph Losey’s ultra-stylish 1966 spy spoof Modesty Blaise and Ettore Scola’s ménage à trois comedy Jealousy, Italian Style. 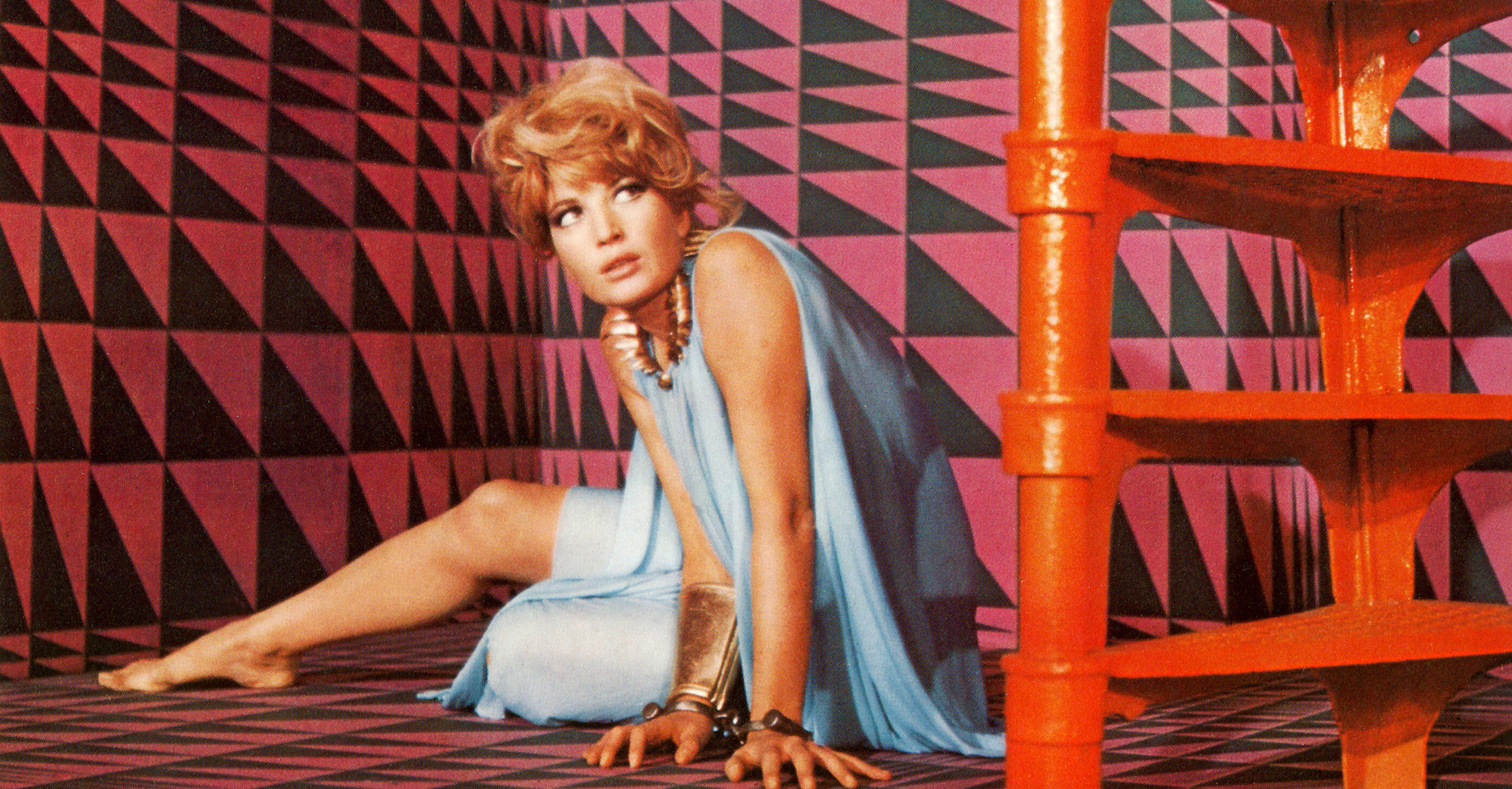 In her first English-speaking role, Vitti stars as the world’s grooviest (and deadliest) female agent. Adapted from a popular British comic strip, Losey brings a psychedelic flair to this send up of the spy genre, with Terence Stamp as Modesty’s colourful sidekick and Dirk Bogarde as a debonair villain. Wittily indulgent in its playful intertextuality and pop extravagance, Losey’s film is also notable for reinforcing the director’s preoccupation with class. Featuring the iconic theme song and score composed by noted jazz musician Johnny Dankworth (creator of the music for the original The Avengers TV series).

CTEQ ANNOTATION
‘You Can Make an Omlette’ – Modesty Blaise (Joseph Losey, 1966) and the Art of Breaking Eggs by David Melville

The last of Antonioni’s four collaborations with Vitti is an extraordinary portrait of a troubled woman coming to terms with the increasingly industrialised world that surrounds her. Antonioni’s remarkably expressive use of colour documents both the ruination of the northern Italian landscape and the beauties of industrialisation. Deploying the telephoto and zoom lens to flatten the image and visualise the psychological disturbance endured by Vitti’s character, Carlo Di Palma’s remarkable, painterly cinematography highlights the complex ecological implications that lie at the heart of this unique film. With Richard Harris. 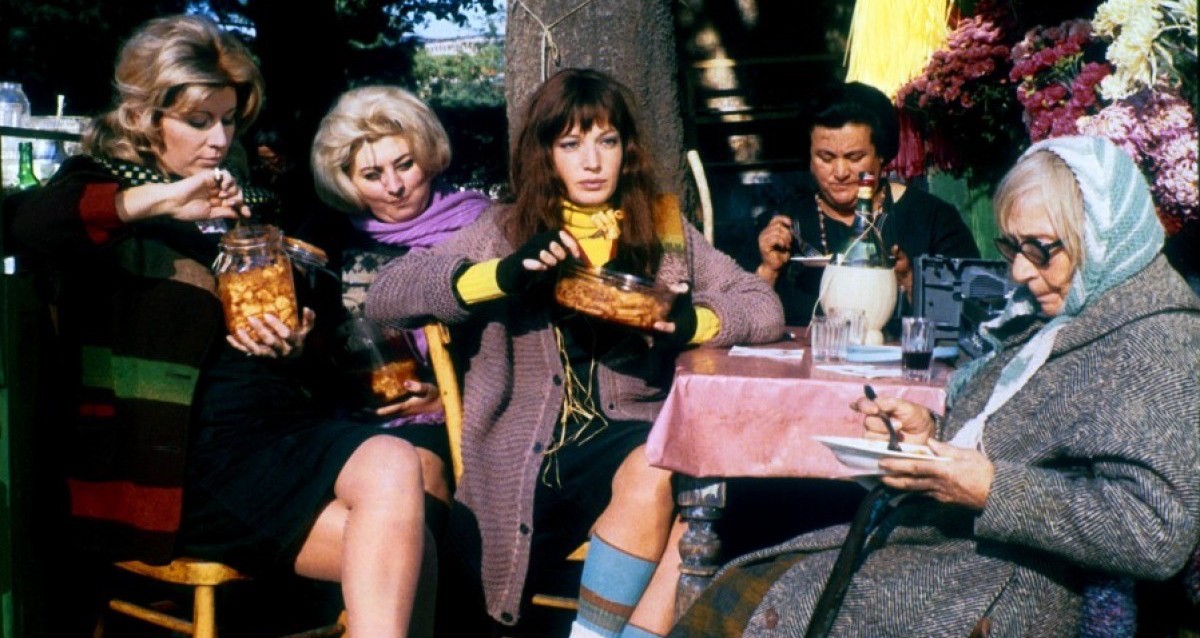 Antonioni’s definitive film is an uncompromising and moody exploration of alienation, ennui and the “atomic age” starring Alain Delon and Vitti in her most iconic role. An unflinching yet poetic examination of the spaces, places and temporalities of modernity, Antonioni’s actors and characters are ultimately abandoned as the vehicle for his truly contemporary vision, as epitomised by its justly famous, haunting final sequence. Startling on first release even after the bold experimentation of L’avventura and La notte, it occupies a pre-eminent place in postwar European cinema.

In one of her greatest comedic performances, Vitti is Adelaide, a florist in a less-than-picturesque Rome enmeshed in a turbulent, farcical relationship with both Marcello Mastroianni’s adulterous communist bricklayer (a Cannes Best Actor-winning turn) and Giancarlo Giannini’s woebegone young pizzaiolo (hence the film’s international title, The Pizza Triangle). Co-writer and director Scola here infuses the commedia all’italiana with bitter irony and fourth wall-breaking formal sophistication; the cinematography is by the great Carlo Di Palma.