2022 marks the centenary of Ukrainian feature filmmaking. This season assembles six masterworks of Ukrainian cinema, all canonised by the Dovzhenko Centre (the Ukrainian national film archive in Kyiv) and includes three landmark titles from the Ukrainian Soviet Socialist Republic era (1922–1991) – all of which were at ideological odds with the official doctrines of their times – and three from the 21st century. Also included are remarkable “silent” films from both eras. Each night, this program pairs a production from the USSR era with a post-Maidan (2013–2014) title.

Essential works by Alexander Dovzhenko, Sergei Parajanov and Kira Muratova, produced respectively at All-Ukrainian Photo Cinema Administration (VUFKU), Dovzhenko Film Studios and the Odesa Film Studio, precede a celebrated film from Ukraine’s remarkable present-day cohort of filmmakers, represented by Valentyn Vasyanovych, Myroslav Slaboshpytskyi and Roman Bondarchuk. These latter-day films, as wildly varying in aesthetic approach and strategy as those of their Soviet-era forebears, all speak urgently to the harsh realities – and bizarre surreality – of life in contemporary Ukraine.

2022 also marks 100 years since the foundation of VUFKU, and a portion of proceeds from this season will be donated to a fundraiser for the Dovzhenko Centre, whose activities, inclusive of the restoration of VUFKU’s extraordinary but only partly-preserved output from 1922–1930, are imperilled by Russia’s invasion of Ukraine. Contributions can be made directly here. 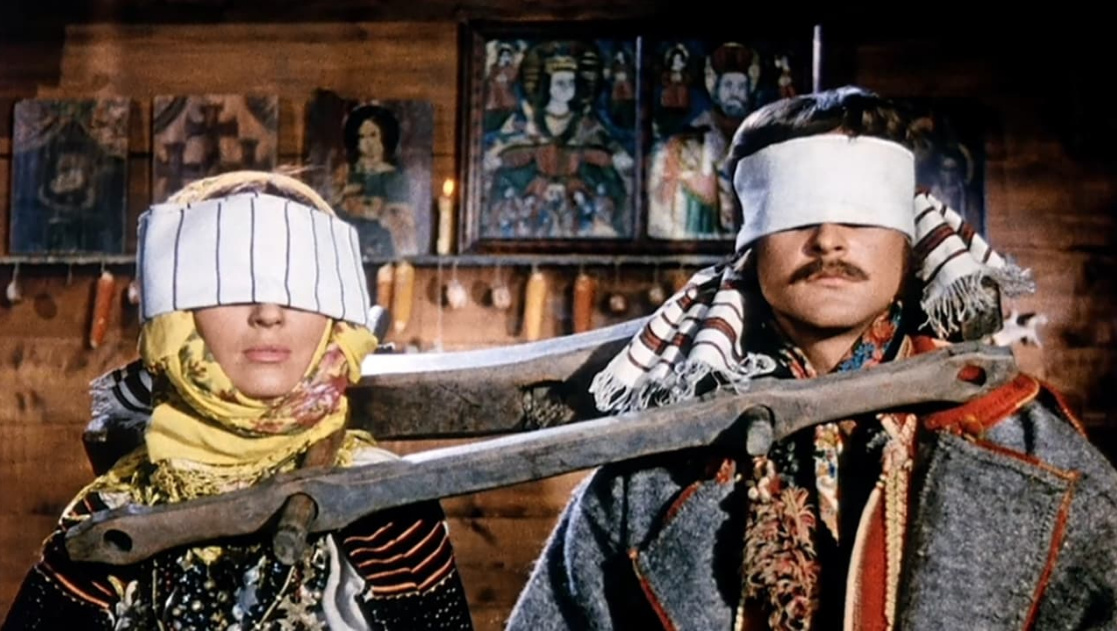 In an isolated Hutsul community in the Carpathian Mountains circa the 1860s, a peasant falls in love with the daughter of the man responsible for his father’s death. Inspired by the early work of Tarkovsky and based on the novel by celebrated Ukrainian writer Mykhailo Kotsiubynsky, Armenian writer-director Parajanov revealed his remarkable talent for lyricism, ornamentation and breathtaking visual composition. A major influence on modern Iranian cinema, and widely considered one of the greatest of all Ukrainian films, it blazed the path for Parajanov’s following masterwork, The Colour of Pomegranates.

The setting is Eastern Ukraine in 2025, with the nation having emerged victorious in its war with Russia but with much of its land rendered uninhabitable. An ex-soldier with PTSD (Andriy Rymaruk) forges a connection with former archaeology student Katya (Liudmyla Bileka) as they struggle to retrieve the war dead on a volunteer mission across inhospitable terrain. Director, writer, cinematographer and editor Vasyanovych cast this Venice Horizons Award-winner – a “bleak apocalypse love story” (Glenn Kenny) – with non-professionals who held relevant military experience and lets the drama unfold over a series of stunningly composed and often – but not exclusively – stationary long takes. 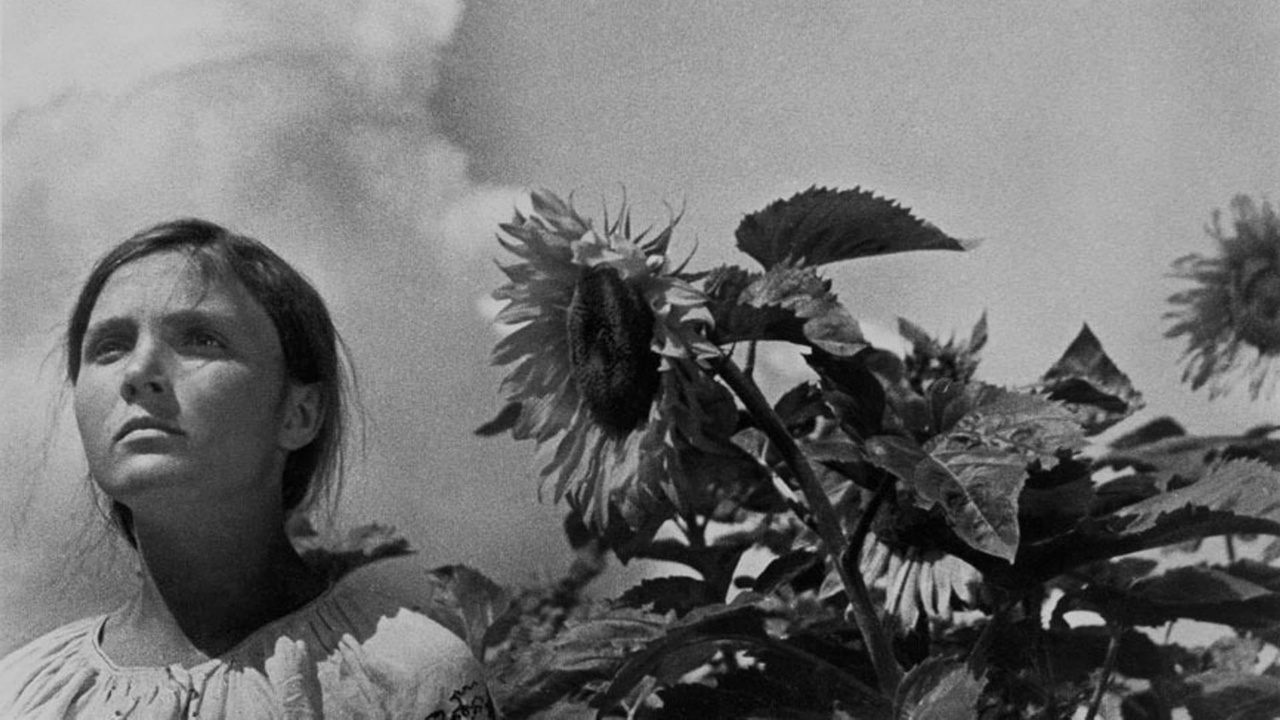 Dovzhenko’s last silent film is a lyrical evocation of his native Ukraine and the theme of the lifecycle of humankind developed through the intertwining of images of life and death. The film charts the conflict between peasants and a landowner, reflecting the socialist practice of collectivisation, to create a film-poem of inestimable beauty. The last part of Dovzhenko’s celebrated “Ukraine trilogy”, James Agee called it a “picture for filmgoers who are prepared to take their cinema as seriously as Tolstoy took the novel”. It co-stars Yuliya Solntseva, the celebrated actor and director who formed an extraordinary partnership with her husband, Dovzhenko.

Writer-director Slaboshpytskyi’s astonishing, Cannes Critics’ Week Grand Prix-winning debut feature stands as one of the most remarkable films of the 21st century. Depicting a new student’s rapid immersion into organised criminal activity at a decrepit boarding school for the deaf, its dialogue is presented entirely in Ukrainian Sign Language, delivered by deaf non-professional actors and accompanied by neither subtitles nor voiceover; nonetheless, it achieves an intensity of affect seldom approached in the cinema. The editing and cinematography, mixing long static shots with anxious roving camerawork, is by Atlantis director Valentyn Vasyanovych. Content advice: “high impact scenes of sex, abortion and sexual violence” (Australian Classification Board). 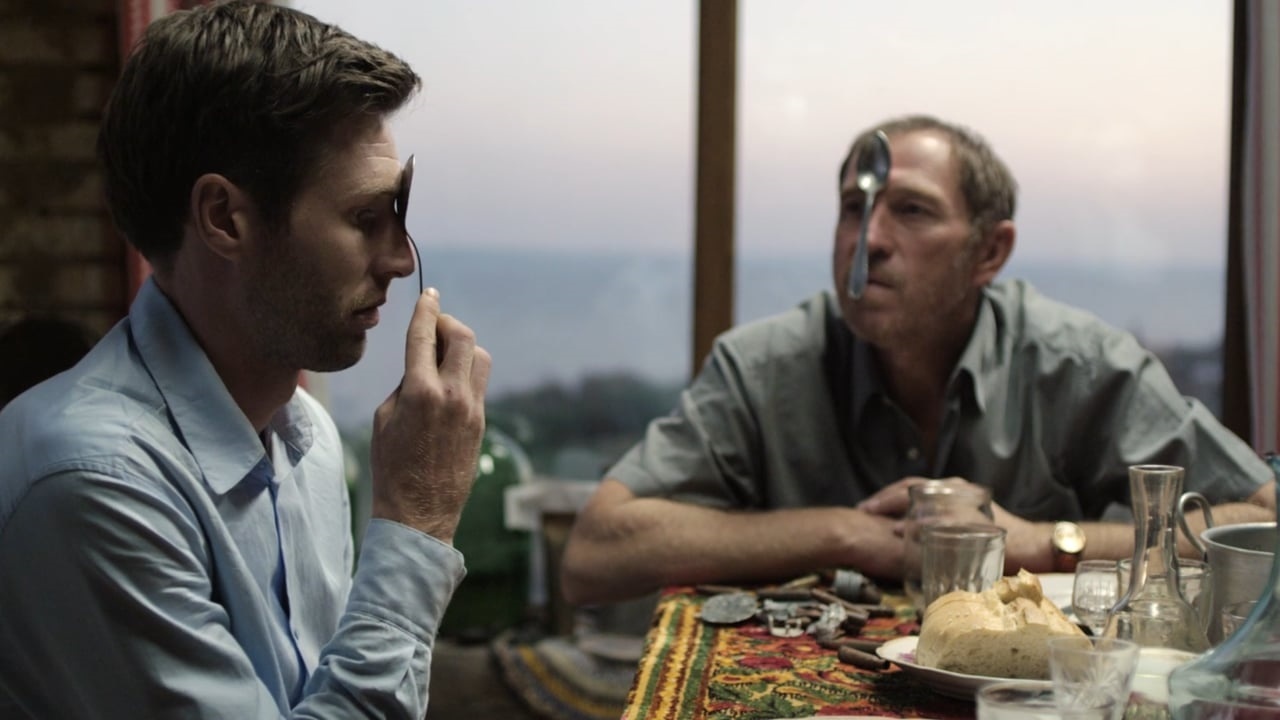 Shelved for 20 years by Soviet censors, celebrated Ukrainian writer-director Muratova’s first feature contains the building blocks of her experimental style including the use of flashbacks, deployment of unconventional narrative forms, montages of still photographs and audio discontinuities. Focusing on the realm of women, and depicting a love triangle between a provincial bureaucrat (played by Muratova), a wandering geologist (famed singer-songwriter Vladimir Vysotsky) and a country girl (Nina Ruslanova) trying her luck in the city, this is a documentary-like portrayal of Soviet life highlighting the divide between the urban intelligentsia and the underprivileged peasants.

Noted documentarian and multi-hyphenate Bondarchuk’s wryly hilarious fiction feature debut, originally conceived as a documentary, rapidly assumes Buñuelian fish-out-of-water dimensions as Lukas, an interpreter for the Organisation for Security and Cooperation in Europe, finds himself marooned in the steppe in Ukraine’s south and subjected to a series of Kafkaesque challenges and frustrations. Serhiy Stepansky, a celebrated film sound artist whose credits include The Tribe and Atlantis, excels as the wide-eyed Lukas in his first acting role, while Vadym Ilkov’s striking cinematography lends proceedings an equal measure of naturalism and surrealism.