ARCHIVAL ALLEGORIES: AN INTRODUCTION TO THE FILMS OF HARUN FAROCKI

“Today, perhaps the cinema’s most illustrious artist-archaeologist, and allegorist-archivist, is Harun Farocki,” wrote film scholar Thomas Elsaesser a decade before Farocki (1944–2014) passed away. Critical interest in the prolific essayistic filmmaker, director of fiction features, experimental documentarian, installation artist, writer and theorist has only increased in the intervening years, especially as Anglophone film culture attempts to catch up with the esteem Farocki was accorded in his home country, Germany.

Farocki was among the inaugural intake at the German Film and Television Academy Berlin (DFFB) and graduated amid the tumult of 1968 along with peers such as Hartmut Bitomsky and future Red Army Faction member Holger Meins. While producing notorious pieces of agitprop such as The Inextinguishable Fire, Farocki also found work in the state-run TV industry, where what he described as “benign neglect” allowed him to finance and produce many of his experimental documentaries. Farocki’s work over more than four decades amounted to more than 90 films and videos.

This season, while it can only scratch the surface, presents a grounded entry to the director’s oeuvre, with a selection drawn from across his working life. Trenchantly political yet studiously sober and dispassionate, Farocki’s films are interventions in the image regime that has come to shape society; over consecutive weeks, this season will elucidate two of Farocki’s key concerns, the relationship between images, violence and history, and the value of labour, including the role of the artisan-filmmaker.

This season has been co-curated with Nic Tammens, in association with a project focusing on Farocki to be exhibited at the Victorian Trades Hall this year. Information will be made available on the Cinémathèque website towards the exhibition dates. 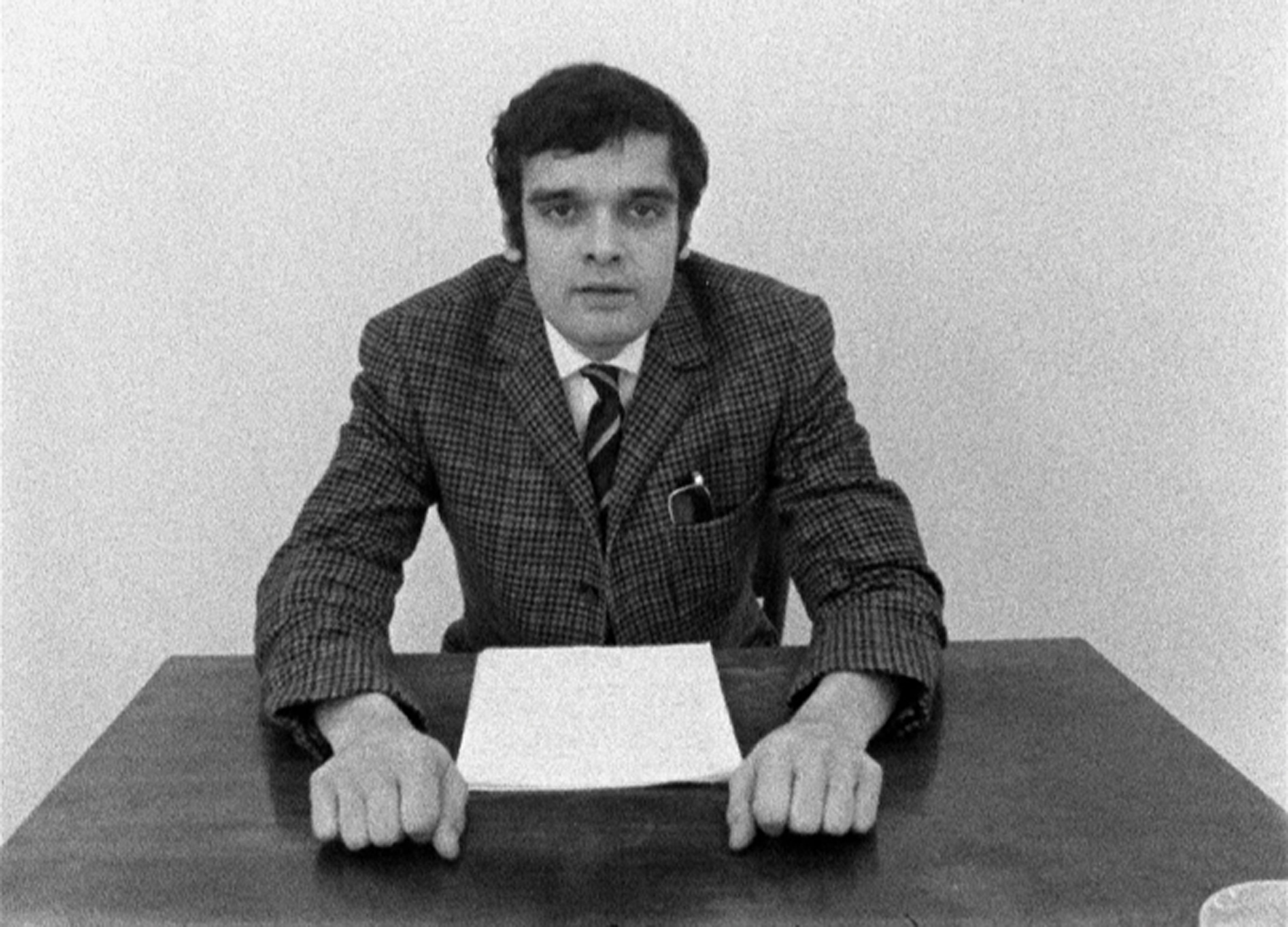 7:00PM – IMAGES OF THE WORLD AND THE INSCRIPTION OF WAR
Harun Farocki  (1989) 75 mins
Unclassified 15+ Unless accompanied by an adult

Farocki’s intriguing and troubling film explores the processes of visual perception and how they affect our understanding of history and society. In a work reminiscent of the writings of Paul Virilio and Michel Foucault, Farocki examines a range of phenomena including aerial reconnaissance photos of the Auschwitz concentration camp.

Farocki’s remarkable early agitprop work is an austere treatise on the military-industrial complex that produces napalm: “When napalm is burning, it is too late to extinguish it. You have to fight napalm where it is produced: in the factories.”

Prints courtesy of the National Film and Sound Archive, Australia.

Working with Andrei Ujică (The Autobiography of Nicolae Ceausescu), Farocki chronicles the end of the Romanian dictatorship and the ways the revolution will or will not be televised. An extraordinary example of found footage documentary, the film is composed entirely from amateur video and state television broadcasts to create a contrasting study in how images and media are used to create ideologies. Culled from 125 hours of footage, the film suggestively moves from camera to camera to—in a deliberate invocation of Eisenstein—tell the story of five days that shook the world. 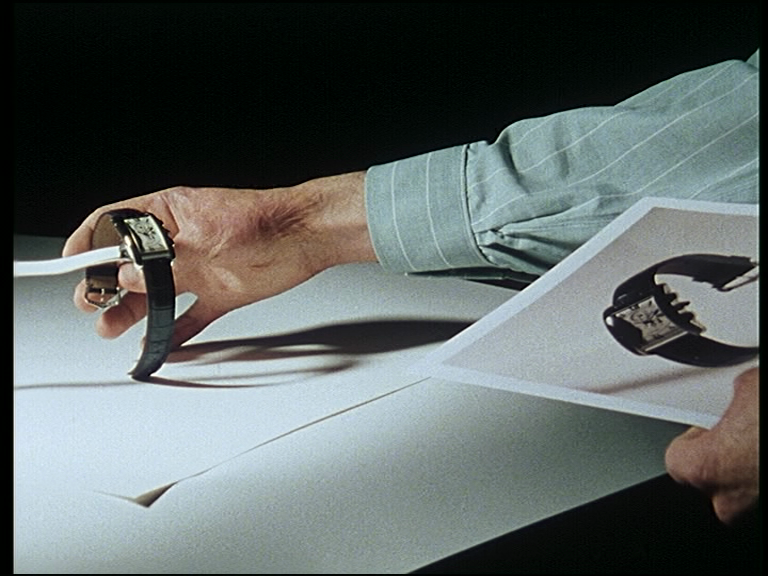 Focusing on the methods of brick building, as well as their unique forms, meanings and cultural applications, Farocki explores these processes as nothing less than the building blocks of a society, of societies, by comparison. Seemingly uninflected by intervention or voiceover narration, we pass through 20 intertitles in an hour to dance around a cavalcade of colour, movement and sound, each nodule sliding in with constructivist precision. “The film shows us that certain modes of production require their own duration and that differences between cultures can be shown in brick time” (Ute Holl).

This program of three short essayistic works demonstrates Farocki’s acute and playful facility with reworking existing images and exploring materialist film history. Workers Leaving the Factory (1995) uses the seminal Lumière Brothers film to instigate an exploration of this trope across film history (Metropolis, Modern Times, Red Desert) and its gradual disappearance as a figure of industrialised labour. Courtesy of the National Film and Sound Archive, Australia. Interface (1995) is a self-reflexive account of Farocki’s own practice as an image producer. The Expression of Hands (1997) returns to cinema history to compile a taxonomy of close-ups of hands (Pickup on South Street, North by Northwest) denoting labour, exchange, emotion and expression.

Farocki’s preoccupation with the Barthesian power of cultural-industrial detritus proceeds from a typically brilliant formal hypothesis: seeing 20th-century advertising as today’s analogue to the still life paintings of the 17th-century Flemish masters. A cheeseboard, beer glasses, a watch, are all made over as that most revered of contemplative sites: the “art object”. Typically, Farocki restricts himself to reworking material produced solely through the original means of consumption-production, emerging with a portrait of the modern world as both sci-fi simulacrum and memento mori.