MORE THAN NIGHT: THE FATAL VISION OF FRITZ LANG

Fritz Lang (1890–1976) was a master of both expressionism and film noir whose career spanned almost 50 years, taking him from the vibrant and highly influential German studio system of the pre-Nazi era to many of the Hollywood majors.

Often described as a film director’s director, Lang was a virtuoso of the moving image, a romantic, paranoid fatalist whose body of work has an obsessive consistency and richness of tone rarely matched by other filmmakers. His cinematic world was often populated by criminals, psychopaths, prostitutes, lovers-on-the-run, frustrated artists and maladjusted personalities; a deterministic, geometric cosmos ruled by the inevitable hand of fate. His films provide a forensic, withering lens on modern life. As Tom Gunning has written, “Lang’s camera seeks to abstract the deep structures of the world from its surfaces, like an x-ray stripping away the flesh of the world to reveal its hollow core”.

Appearing almost 25 years after the Melbourne Cinémathèque’s first highly successful Lang season, this program seeks to further explore the varied treasures of the director’s moody, fatalistic oeuvre, including two of his most important German works: the seminal M, the granddaddy of all serial killer films and an extraordinary portrait of society on the edge; and the often-playful Spione, the greatest of Lang’s master-criminal thrillers. These two films represent Lang’s absolute mastery over genre, film form, style and suspense. His unjustly undervalued American work is represented by four key film noirs and thrillers that highlight Lang’s anti-fascist credentials: the daring “what-if” fantasy of Hitler’s “almost” assassination in Man Hunt; the extraordinarily nimble and disturbingly dreamlike Graham Greene adaptation Ministry of Fear; and a fascinating portrait of the emerging Atomic Age, Cloak and Dagger. The increasingly elemental, almost abstract final phase of Lang’s career is also represented by his lean, paranoid, newspaper noir, While the City Sleeps.

Based on an actual case, Lang’s late expressionist masterpiece provides a remarkable insight into the mind and paranoid world of a serial child murderer (brilliantly played to the expressive hilt by Peter Lorre in his career-defining role). Featuring some of the most iconic images and sounds of post-silent cinema – its command of silence, expressive sound and art direction is extraordinary – and brilliantly shot by Fritz Arno Wagner (Nosferatu and Spione), Lang’s opus is a fascinating time-capsule portrait of a seething, dog-eat-dog, (a)moral underworld soon to be swamped by the tide of Nazism.

Reportedly one of Lang’s own personal favourites – and his penultimate American film – this key urban noir builds on the centripetal viewpoint of M as an entire city is drawn into the search for a serial murderer (the “Lipstick Killer”). Cinematographer Ernest Laszlo (Kiss Me Deadly) brilliantly captures the seedy underbelly of a metropolis as Lang focuses his sharp and cynical lens on the news media industry. The typically sultry Ida Lupino is a standout here, as is Vincent Price as a feckless mogul. With Dana Andrews, George Sanders, Rhonda Fleming and Thomas Mitchell. 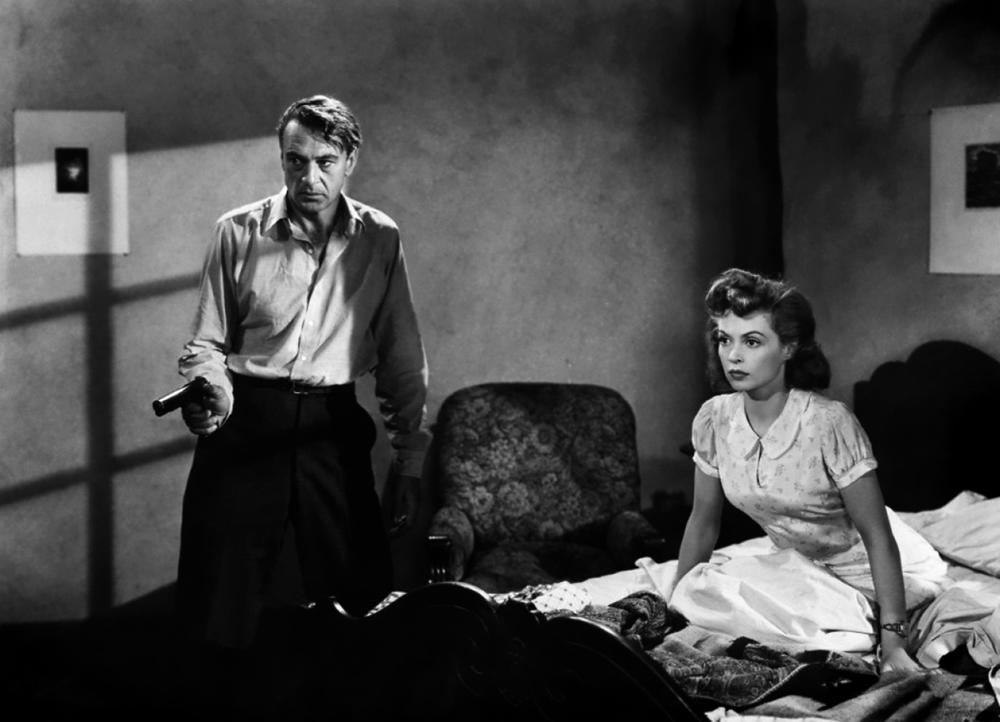 Based on Geoffrey Household’s classic ripped-from-the-“headlines” novel, Rogue Male, Lang’s film is the first of an extraordinary run of contemporary thrillers and proto-noirs that would define his Hollywood legacy. On the eve of World War II, a British game hunter (Walter Pidgeon) travels to Hitler’s Berchtesgaden lair to stake out his prey. This intense and atmospheric (shot by the great Arthur Miller) cat-and-mouse tale was frowned upon by authorities for its overt anti-Nazism in the months prior to the US’s entry into the war. With Joan Bennett, George Sanders, John Carradine and Roddy McDowall.

“Suggested by” Corey Ford and Alastair MacBain’s 1946 nonfiction book of the same name, this derring-do-filled tribute to the wartime operations of the US Office of Strategic Services is, for all its patriotic intent, an Atomic Age thriller awash in Langian paranoia, replete with suspenseful set-pieces and surprisingly bracing violence. Gary Cooper and Lilli Palmer (in her first Hollywood role) enjoy surprising chemistry as the leads; the ominous score is by Max Steiner. Screenwriters Albert Maltz and Ring Lardner, Jr. would both later be amongst the blacklisted “Hollywood Ten”.

CTEQ ANNOTATION
Out of the Shadows: Cloak and Dagger (Fritz Lang, 1946) by Ian Olney 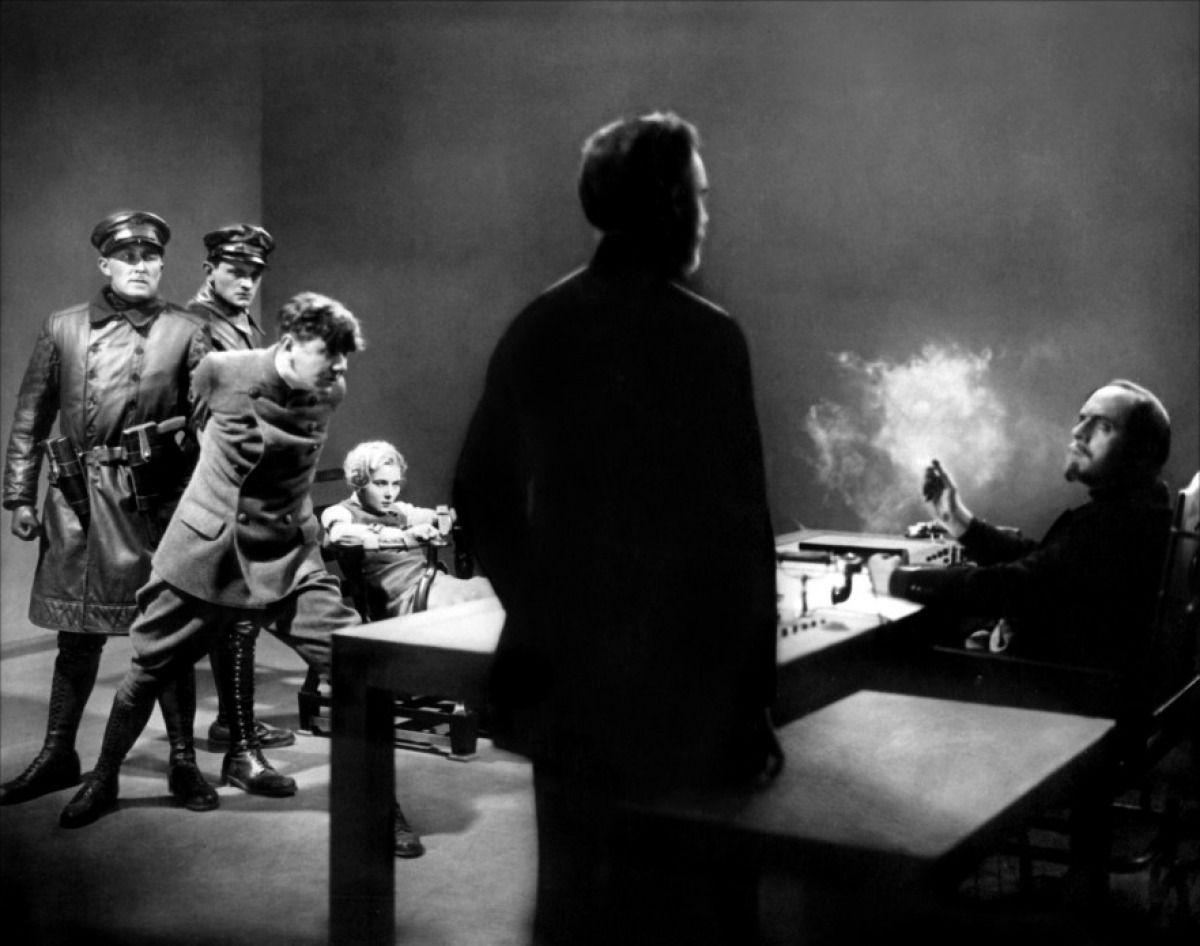 Blacked-out wartime London provides an eerie setting for this atmospheric, shadowy, noir-like thriller involving an ex-Asylum inmate (Ray Milland) caught in the machinations of a Nazi spy ring. Lang builds up a meticulously detailed, brooding and hallucinatory world that hinges upon the possibly mad subjectivity of its central character. This Hitchcock-like confection, ensnared in a darkening, increasingly paranoid labyrinth, is based on a novel by Graham Greene and co-stars Dan Duryea and Marjorie Reynolds.