Screenwriting professor Howard Rodman described his work as “the brave and moral thread that runs through the fabric of modernist cinema” but Tonino Guerra’s preferred categorisation of his contribution was simply to claim he “added some structure”. Yet not even the most dogged auteurist could deny that Antonio “Tonino” Guerra (1920–2012) was essential to the creation of a number of European cinema’s most influential masterpieces. A poet who professed to have taken up screenwriting merely to pay the bills, Guerra initially trained as a schoolteacher and wrote poetry – in his native Romagnolo dialect – during wartime internment by the Nazis. Not until the age of 32 did he move to Rome and, through a friendship with future director Elio Petri, begin to work in cinema, collaborating on scripts for Giuseppe De Santis. His breakthrough came with Michelangelo Antonioni’s L’Avventura (1960). The legendary auteur described his collaborative process with Guerra as one of “long and violent arguments”, which he found “very helpful”. Such close collaborations would become characteristic of Guerra’s screenwriting career – of his 96 credited features, ten were directed by Antonioni, 11 by Francesco Rosi and eight by Theo Angelopoulos, while he shared further multi-film collaborations with such giants as Federico Fellini, Vittorio De Sica, Petri, the Taviani brothers and Mario Monicelli. Guerra once claimed that, in reference to his partnerships with such a variety of directors, “I’ve a different face for each of them.” For Guerra, poetry was a medium of images just as much as cinema, and his gifts for metaphor and symbolism were to prove essential in his most acclaimed films – slow, reflective works by the likes of Antonioni, Angelopoulos and Andrei Tarkovsky, directors who, in Guerra’s words, “always leave spaces open”.

Presented in partnership with the Italian Cultural Institute. 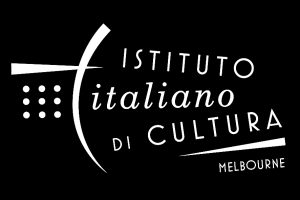 Described by Roger Ebert as Fellini’s “final great film”, and the winner of 1974’s Academy Award for Best Foreign Language Film, this is a semi-autobiographical coming-of-age story set in a particularly vivid seaside town during Italy’s fascist era. Bursting with indelible imagery (shot by Giuseppe Rotunno), characters and episodes, the film’s highly stylised world is modelled on Fellini’s hometown of Rimini and co-writer Guerra’s own Romagna upbringing – its title loosely translating as “I remember” in the local Romagnolo dialect. Featuring one of Nino Rota’s most memorable scores.

Antonioni’s first English-language movie is a hypnotic “Swinging London” parable centring on a successful photographer (David Hemmings) who believes he is an accidental witness to murder. This arresting, provocative and extraordinarily modern investigation of the slipperiness of meaning and modern image culture, based on the short story by Julio Cortázar, is one of the most influential films of the 1960s and a perfectly calibrated fifth collaboration between Antonioni and Guerra. With Vanessa Redgrave, Sarah Miles, Jane Birkin and The Yardbirds. Soundtrack by Herbie Hancock.

“Not so much a movie as a place to inhabit for two hours” (J. Hoberman), Tarkovsky’s penultimate film is a hermetic, spiritual and truly visionary work mixing monochrome and desaturated images to provide a melancholy and physically inclement portrait of the netherworlds of exile and homesickness. Intense, concentrated and stylistically rigorous, Guerra and Tarkovsky’s Italy-shot collaboration also contains several of the most remarkable images and extended moments in the director’s oeuvre. With Oleg Yankovsky, Domiziana Giordano and Erland Josephson.

Courtesy of, and restored by CSC Cineteca Nazionale.

Winner of the Palme d’Or at Cannes and co-written by Guerra and Rosi, this mix of documentary and fiction reconstructs the life of oil executive Enrico Mattei (Gian Maria Volonté), one of the most powerful men in postwar Italy, while exploring the circumstances surrounding his mysterious death in a 1962 plane crash. Documentary footage of the director looking for the investigative journalist Mauro De Mauro, who went missing during filming, his body never found – itself one of the great mysteries of modern Italy – eerily echoes Mattei’s own unsolved case.

In this game of cat-and-mouse suggesting the moral decay, claustrophobia and corruption of modern Italy, a cunning Roman antiques dealer is investigated by the police in relation to the killing of a former lover, without being specifically accused. A paranoid post-Antonioni investigation of social identity, guilt and law enforcement, Petri’s still-potent debut feature was co written by Guerra, includes outstanding performances by Salvo Randone, Micheline Presle and Marcello Mastroianni, and is distinguished by Carlo Di Palma’s stunning black-and-white cinematography.

Marcello Mastroianni stars as a retired teacher travelling around Greece to gather nectar for his bees in this second film of Angelopoulos’ haunting “trilogy of silence” (which also includes Voyage to Cythera and Landscape in the Mist). Guerra co scripted all of Angelopoulos’ features from the mid-1980s until the Greek director’s death, and this film is exemplary of their creative partnership, with the sparse dialogue of Guerra’s philosophical script delicately framing the director’s mesmerising visuals. With Serge Reggiani.