Often considered the most Japanese of filmmakers and a key influence on such contemporary Asian masters as Hou Hsiao-hsien and Hirokazu Koreeda, a closer examination of Yasujirō Ozu’s (1903-1963) formally rigorous and singular body of work reveals a complex artist exploring the tensions between Japan and the West, parents and their children, the individual and society, the infinite and the intimate, traditional forms of artistic expression and the modernist impulses inspired by 20th-century popular culture, Hollywood and abstract art.

This season includes one of Ozu’s key but rarely screened works of the silent era, Where Now Are the Dreams of Youth, but focuses on his films of the 1950s, a decade that saw the full development and maturation of his cinematic style and where his work often explored the darker undercurrents of postwar development, US influence, and the impact on the family and individual of changing social, moral, economic and cultural values. Although these works still contain many moments of calm and formal beauty, they are also marked by a more pessimistic view of contemporary life, a profound feeling for the emotional and physical struggles of daily existence, and the bittersweet disappointment of the contemporary, changing world. These films also provide an increasingly intimate vision of the couple and the family, exploring the tensions between men and women across generations.

This program of imported prints includes several of the defining films of this period including the achingly sombre Early Spring and the expressly chilly but exquisitely beautiful Tokyo Twilight, as well as two of the increasingly elegiac works he made in colour across the last years of his career: the truly delightful Good Morning and the contemplative Floating Weeds – both wistful and fascinating variations upon movies Ozu first made during the silent era.

Co-presented by the Japan Foundation 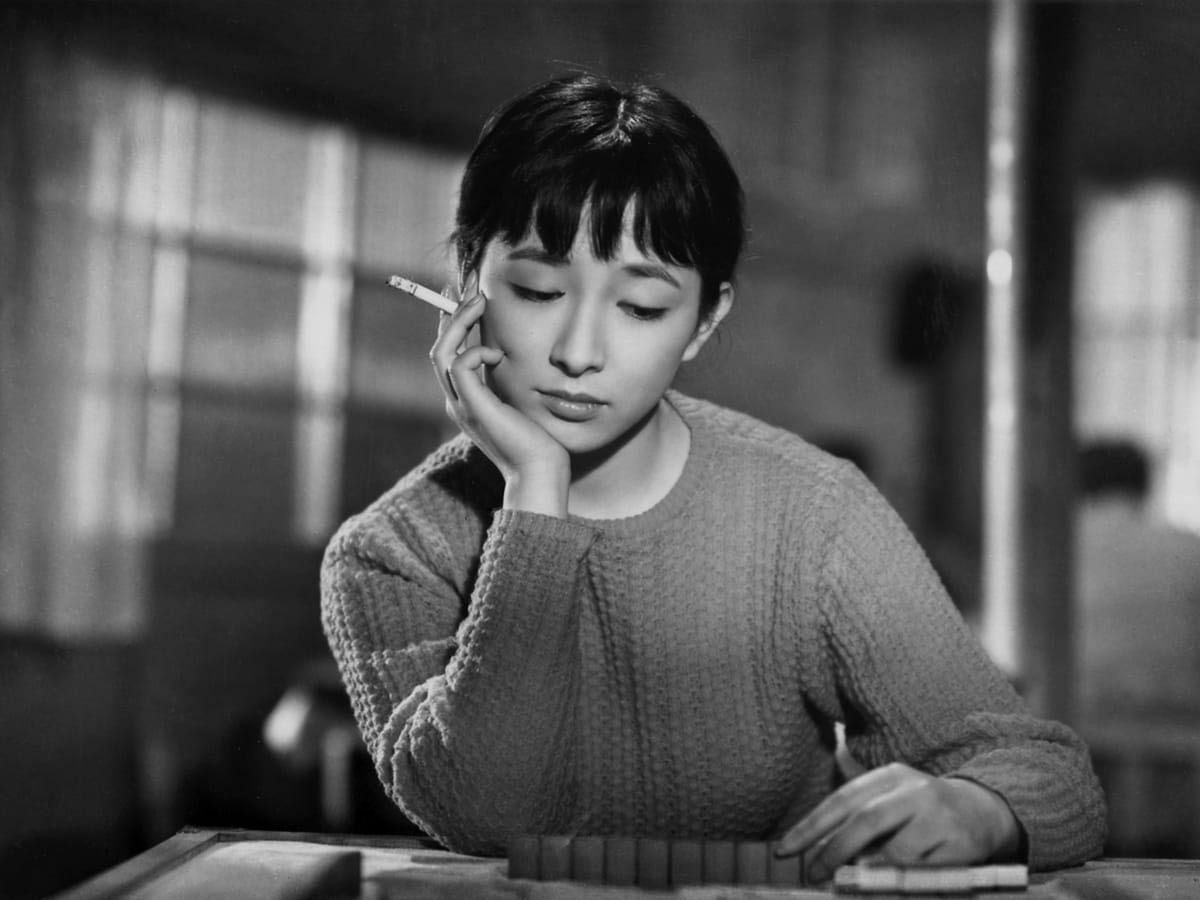 Ozu’s acutely concentrated style combines with one of his most pessimistic scenarios in this late, distilled masterwork. Japan’s restrictive postwar social structures for women and the secrets they engender, typical themes for the director, are exposed in this methodically grim but pictorially beautiful opus. Featuring astonishing performances by iconic actresses Setsuko Hara and Ineko Arima, as the sisters whose unhappy lives and loves are revealed to have their source in their parents own failed hopes, Ozu’s final monochrome film is propelled by a meticulously minimalist sound design.

When Tetsuo inherits his father’s company and gives jobs to his college chums, he doesn’t suspect that the rigid social hierarchy separating workers from bosses will have such a destructive effect. Ozu’s poignant condemnation of the impenetrability of class barriers begins as college slapstick in the Harold Lloyd vein before taking a melancholy and tragic turn. This stylistically adventurous and thematically bold silent film presents Ozu and Mizoguchi favourite Kinuyo Tanaka in a pivotal role. With Chishū Ryū. 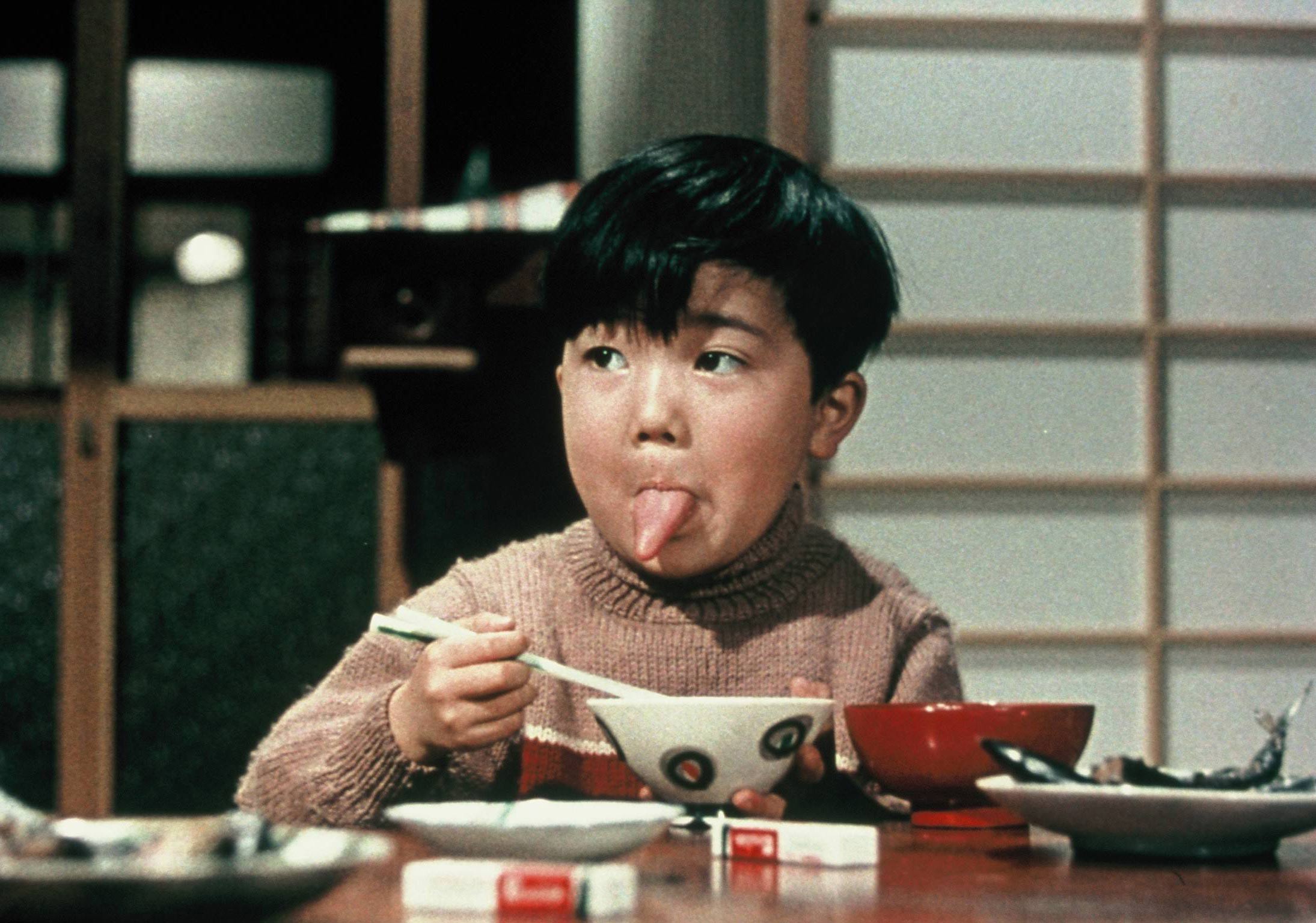 Following a string of austere, dramatic classics, Ozu took a turn to the satirical in this loose remake of his own 1932 silent masterpiece, I Was Born, But…, which tells the story of two young boys who take a vow of silence to coerce their parents into buying them a TV. Its simple plot, beautiful colour palette and light-hearted humour belie Ozu’s perceptive and studied take on intergenerational miscommunication, US cultural imperialism, the divisive impact of technology and the social foibles of a rapidly changing postwar Japan. With Chishū Ryū.

Ozu is renowned for his intergenerational family dramas, but many of his greatest works focus on smaller, more isolated family units. The most commonly overlooked of the director’s mid-career masterpieces (and also his longest film) is a solemn portrayal of occupational drudgery, a troubled marriage and the lure of infidelity, exuding a sense of resignation that is bracing even by Ozu’s standards. Keiko Kishi shines as the mischievous “Goldfish”, her playful levity – and her co-workers’ efforts to contain it – offsetting the film’s pungent melancholia. With Chishū Ryū and Haruko Sugimura. 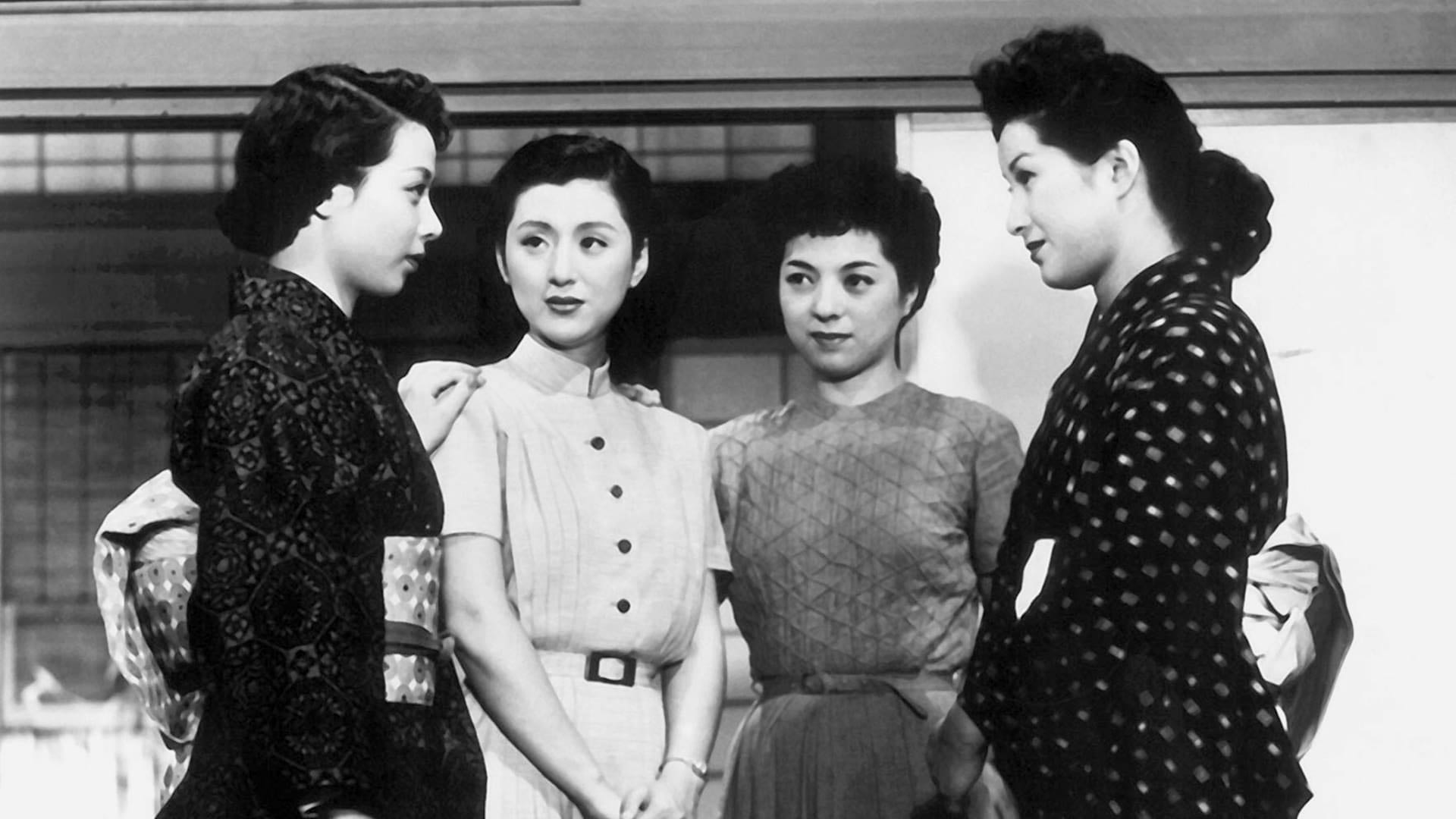 Showing remarkable depth, Ozu and co-writer Kōgo Noda present a character study of a childless middle-class couple struggling to reconcile their relationship with the awakening of their independent emotional desires. The result is a delicate melodrama, graceful and restrained in its depiction of romantic and domestic dissolution. While an intimate portrait of an unhappy marriage, this film is compassionate also for its commentary on the trauma of Japan’s postwar struggle towards modernisation. With Shin Saburi, Michiyo Kogure and Chishū Ryū.

CTEQ ANNOTATION
“A Happy Sense of Solitude”: Exterior Space in Flavour of Green Tea Over Rice by Joanna Di Mattia.

Ozu transforms his own black-and-white silent, 1934’s A Story of Floating Weeds, into an elegiac late-career masterpiece about an ageing actor (the great Ganjirō Nakamura) who returns to a seaside town and reunites with his former lover and illegitimate son, enraging his current mistress (Machiko Kyō). Working in colour with acclaimed cinematographer Kazuo Miyagawa (Rashomon, Shin Heike Monogatari), Ozu creates an atmospheric, deeply humanistic and heartbreaking observation of romantic entanglement, personal foibles and the rhythms of everyday life.