THE STORY OF WOMEN: THE EXTRAORDINARY CAREER OF KINUYO TANAKA

Kinuyo Tanaka (1909–1977) was one of the greatest and most prolific screen actors and – after Sakane Tazuko – only the second woman to make it as a film director in the Japanese film industry.

Appearing in 250 films over the course of 50 years, Tanaka acquired her first screen credit aged 14, while her major breakthrough came in films such as Yasujiro Ozu’s I Graduated But… (1929). During the 1930s, Tanaka rose to become one of Japan’s most popular and iconic movie stars. She would go on to play leading roles with almost all of the critically canonised auteurs of her time, including Heinosuke Gosho, Kon Ichikawa, Mikio Naruse, Tomu Uchida, Keisuke Kinoshita, Hiroshi Shimizu (to whom she was briefly married) and Akira Kurosawa, and regularly featured as a core figure in Yasujiro Ozu’s films, from his major silents (Dragnet Girl) to his first colour film (Equinox Flower) in 1958. Yet, Tanaka’s most celebrated performances were in collaboration with Kenji Mizoguchi in the period between 1940 and 1954, culminating with such undisputed masterpieces as The Life of Oharu, Sansho the Bailiff and the less widely celebrated Miss Oyu.

Tanaka made the move to directing in 1953 with Love Letter, a move infamously protested by Mizoguchi, a filmmaker otherwise known for his empathetic portrayals of women. Undeterred, Tanaka completed five more films over the next decade for a range of major studios, largely focusing on experiences unique to women, before returning to screen acting and successfully transitioning to TV drama. This season celebrates the extraordinary career of Tanaka by screening – for perhaps the first time in Australia – two key films from her directorial career (The Eternal Breasts and The Wandering Princess) plus a careful selection of her uniformly brilliant collaborations with Ozu and Mizoguchi.

Presented in collaboration with the Japan Foundation.

Tanaka’s titular widow falls for the fiancé of her younger sister. The marriage goes ahead and a tentative, emotional ménage à trois ensues. Sometimes regarded as a minor Mizoguchi work when viewed alongside such monumental films as The Life of Oharu, this subtle and clear-eyed view of the complexities and constraints of Japanese social life – focusing, in this case, on arranged marriage – offers grand scope for the kind of generous, vulnerable performance that typifies Tanaka’s best work. Based on Junichiro Tanizaki’s 1932 novel, The Reed Cutter.

Tanaka’s fourth feature as director is a powerful collaboration with writer Natto Wada (The Burmese Harp) – based on the bestselling book by Hiroko Aiishinkakura – centring on the Japanese woman chosen to marry the younger brother of the “puppet” Emperor of Manchuria (Manchukuo) during that region’s occupation by Japan in the 1930s and early 1940s. Machiko Kyo (Mizoguchi’s Empress Yang Kwei-Fei) stars in this characteristically complex tale of female hardship, thwarted desire, arranged marriage and the yoke of imperial male power. It develops into a tragic romantic drama of star-crossed lovers as Japan loses the war. 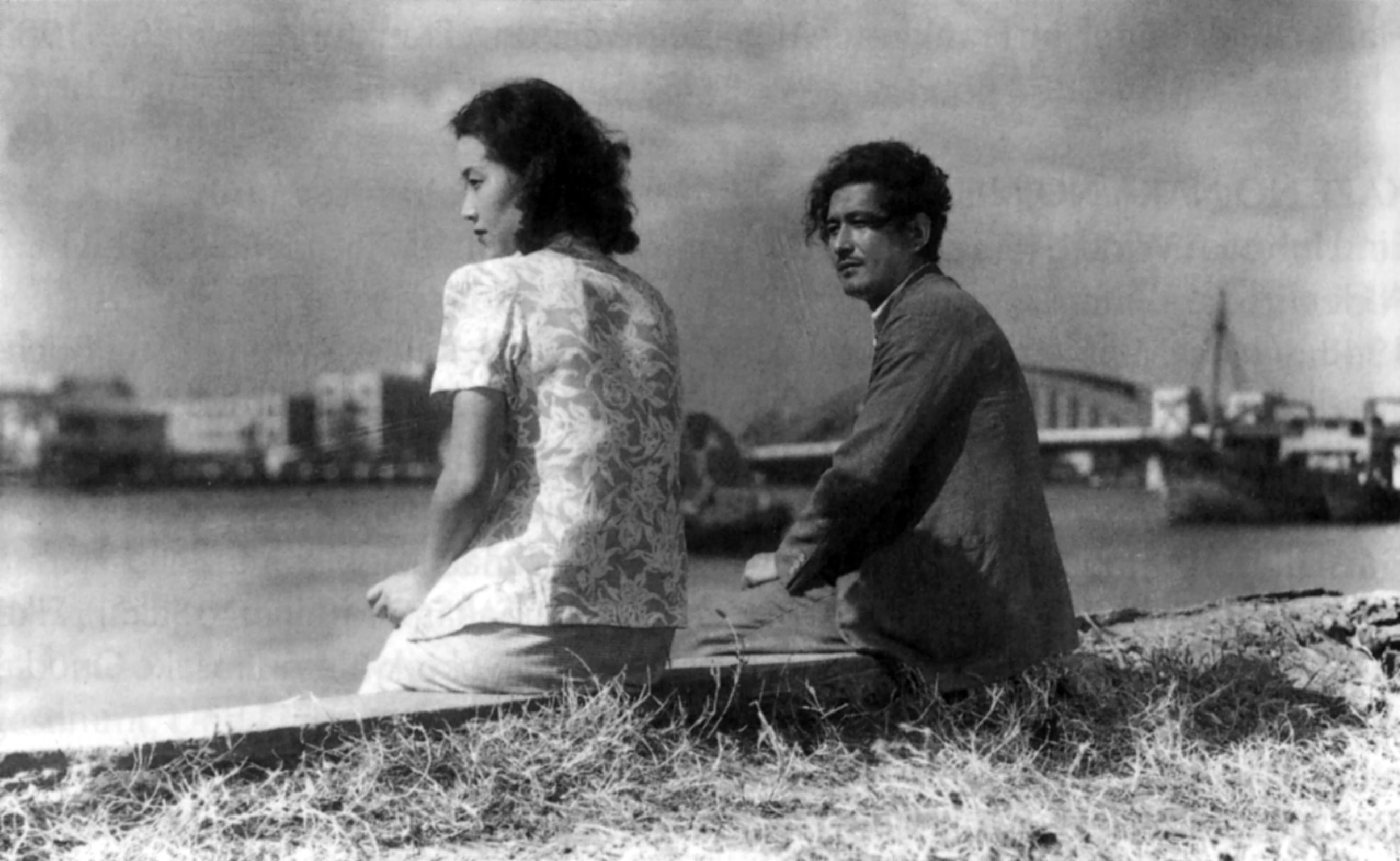 Ozu’s uncharacteristically realistic, dark, urgent and empathetic melodrama is a fascinating work of the immediate post-war Japanese cinema focusing on an impoverished dressmaker (beautifully embodied by Tanaka) who must eventually prostitute herself to pay for her invalided son’s hospital bills. When her husband (Shuji Sano) finally returns home from war service, she attempts to revitalise their family life while wrestling with her dark secret. Ozu’s second film after the end of hostilities provides a surprisingly frank and clear-eyed gaze upon an “unresolved emotional vortex of sex, guilt, honour and deception” (Kevin B. Lee).

Based on the autobiography of poet Fumiko Nakajo, who died of breast cancer in 1954 aged 31, this unflinching namida chodai (“tear-jerker”) is a rare view of Japanese society from a female perspective. Avoiding melodrama and sentimentality, it depicts a woman’s struggle through a mastectomy, divorce, single motherhood and growing independence in rural Japan. Shot using low angles, deep staging and frequent close-ups, Tanaka shows the influence of Ozu and Naruse on her filmmaking, while approaching the story with her signature lyricism and emotional impact. Starring Yumeji Tsukioka. 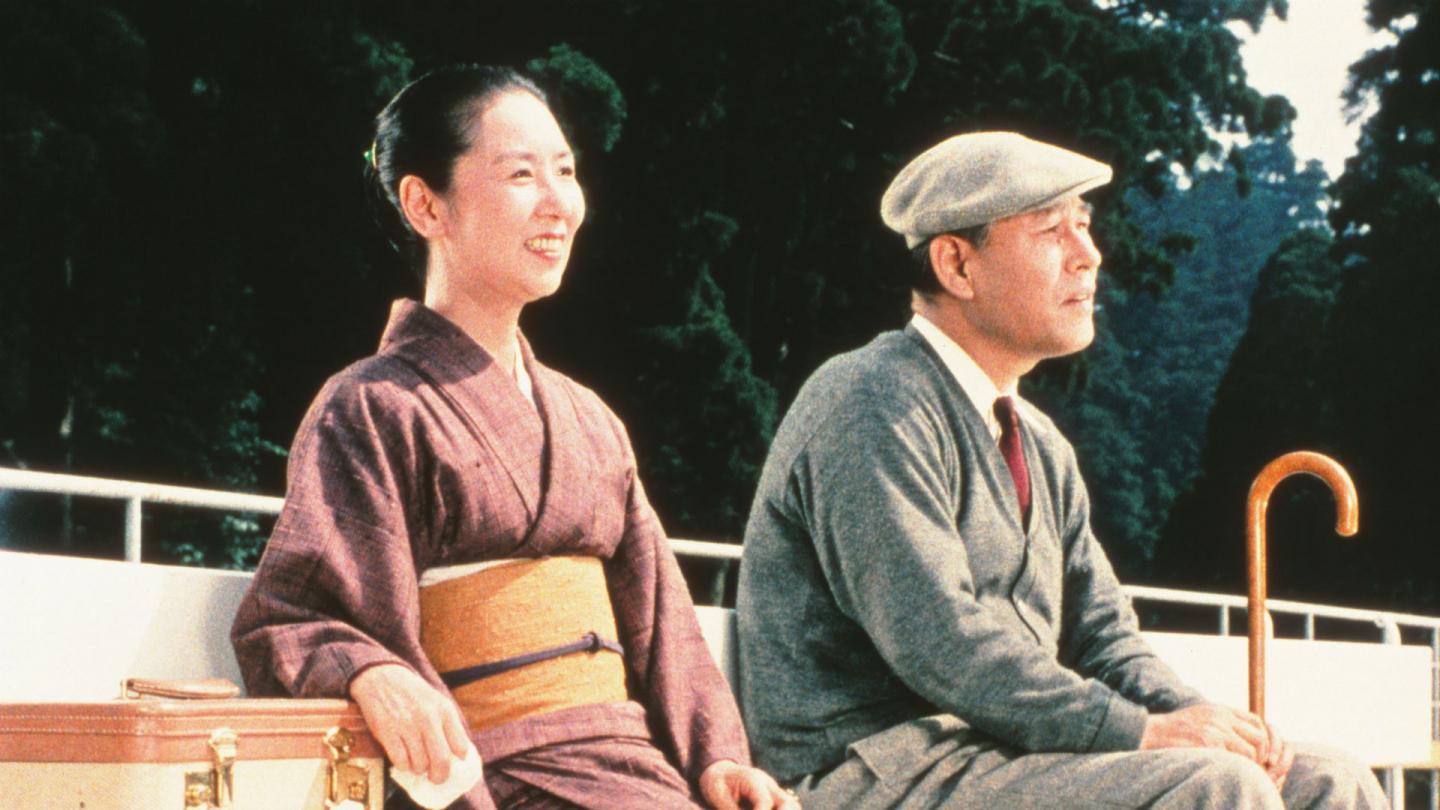 An obstinate father must concede to modern ways and allow his daughter to leave his household. This deceptively simple plot cloaks a gently ironic portrait of Japanese family life in all its complexity. Ozu’s first use of colour further emphasises the stylised nature of this world, highlighting the modernist, traditional and curiously abstract dimensions and sensibilities of his work. Tanaka co-stars as the wife of a successful businessman struggling with the increased freedoms of post-war Japan and provides a gentle and nuanced portrayal of the place of “traditional” women in a shifting society. With Ozu regulars Shin Saburi and Chishu Ryu.

Mizoguchi’s often blistering and bracingly neo-realistic drama is a candid and compassionate portrait of women at the bottom of the social pile struggling to make ends meet amongst the devastation of post-war Japan. Based on Eijiro Hisaita’s contemporaneous novel, and shot in Osaka’s notorious Shinsekai district, it follows the trials and tribulations of two sisters whose lives are torn apart by the forces of poverty and exploitation. More immediate than many of Mizoguchi’s other films, it features a towering central performance by Tanaka as the tenacious sister who loses her husband in the war as well as her child to tuberculosis.