SOUNDS FROM THE MOUNTAIN: THE FILMS OF MIKIO NARUSE

The often sad and subtly luminous cinema of Mikio Naruse (1905–1969) is less well known outside of Japan than that of his contemporaries Kenji Mizoguchi, Yasujiro Ozu and Akira Kurosawa.

Although his films have been feted in retrospectives since at least the 1980s, and the subject of admiring dedications by film critics such as Audie Bock, Donald Richie and Shigehiko Hasumi, Naruse’s long career stretching over 40 years and close to 90 films for various Japanese studios (though most closely tethered to Toho) remains less celebrated than the three other giants of classical Japanese cinema. His uncompromising vision, often focusing on female characters, modern life, the disappointments and betrayals of family, marriage and friendship, are possibly less immediately accessible and more challenging than those of his friend Ozu, providing a hard-won, clear-eyed and moving image of contemporary Japan as well as a profound awareness of the transience of things (mono no aware). Naruse began his film career as a teenager working at Shochiku as a prop man and started directing at the start of the 1930s. Although he made a number of significant works in the first 20 years of his career, Naruse’s lasting reputation relies upon the extraordinary run of female-centred dramas he made in the 1950s and ’60s featuring the extraordinary performances of actresses such as Hideko Takamine and Kinuyo Tanaka and demonstrating a meticulous and poetic understanding of the nuances of light, gesture and framing as well as the pathos of everyday life and female experience.

This season of imported 35mm prints focuses on the last 20 years of Naruse’s extraordinary career and includes such classics of Japanese cinema as When a Woman Ascends the Stairs, Flowing and Mother. 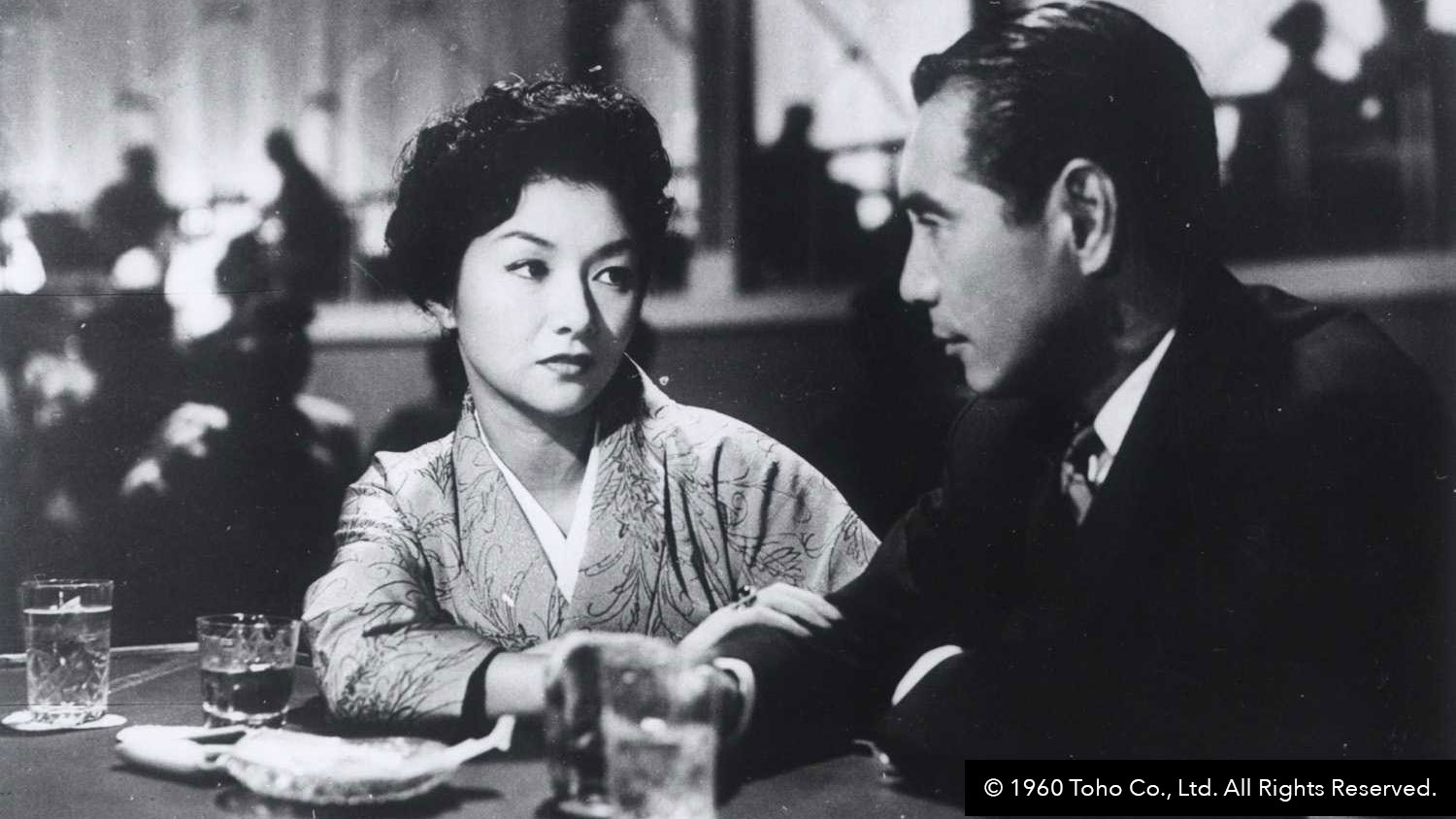 Set in the unforgiving Ginza district, this elegantly understated melodrama showcases Naruse’s particular brand  of humanism to great effect. With a style that feels both rigorous and light, Naruse walks us through a woman’s day-to-day struggles as she weighs up her choices between a man and a career. Naruse’s attentive eye reveals the hotbed of sexual politics of the gentlemen’s bar in which our protagonist works. These politics shift uneasily to keep up with a rapidly modernising Japan, poking holes in the glamorous facades of Tokyo nightlife. Starring Hideko Takamine and Tatsuya Nakadai.

Osaka housewife Michiyo harbours a quiet, unacknowledged disappointment in her marriage to the inattentive and petty-minded salaryman Okamoto. Frustration and latent bitterness finally lash out when her vivacious and attention-seeking niece moves in. It’s an unusual performance for classical Japanese cinema’s most iconic actress, Setsuko Hara, here playing a brooding and life-soiled role at odds with her normally luminous and sweet type. A superb, nuanced, psychological study, Repast initiated the critical and recurrent partnership of Naruse’s film work, in the first of his six adaptations of the fiction  of Fumiko Hayashi. 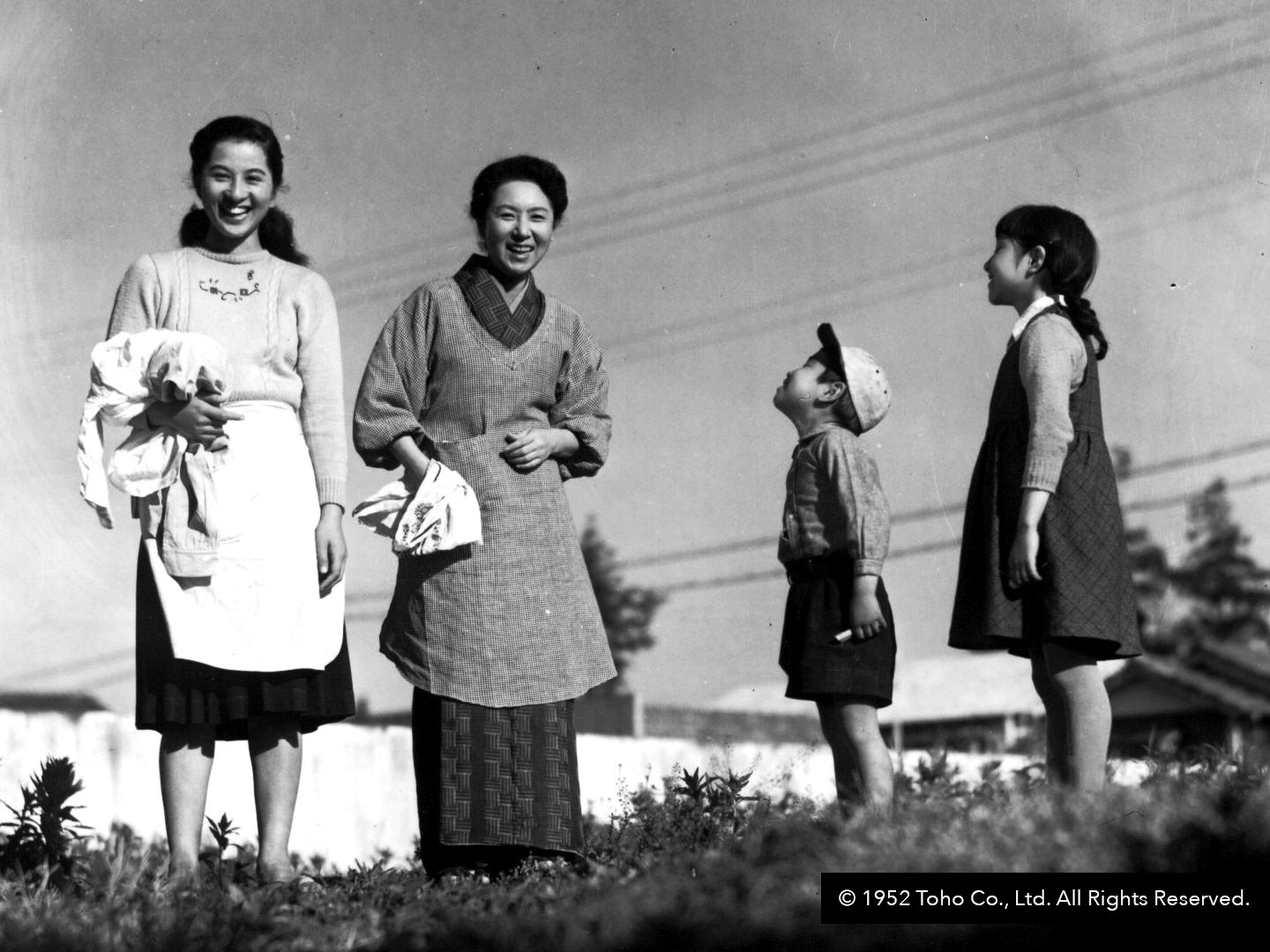 Naruse’s bittersweet and poignant film came at a time when the geisha tradition was in slow decline, threatened by the encroaching popularity of prostitution. This female-populated film, based on the novel by Aya Kôda, follows okiya house owner Madame Tsutayakko (Isuzu Yamada) as she struggles to keep her business going, and her daughter Katsuyo, played by the extraordinary Hideko Takamine, tries to avoid following in the geisha tradition. In acute detail the lives of these women are observed as they spend their days in close proximity, drinking and quarrelling, in anguish over their unknown future. With Kinuyo Tanaka.

In a working class suburb of Tokyo, the various members of an extended family each face the vicissitudes of postwar life. As the film’s title hints, Naruse (working from a screenplay by Yôko Mizuki) presents his poignant study of human struggle through the viewpoint of a teenaged daughter observing her mother’s overwhelming struggle against poverty and crushed hopes. The reflective framing device perfectly suits this award-winning film’s mood of resignation and compassionate pessimism. With Kinuyo Tanaka, Masao Mishima and Kyôko Kagawa. 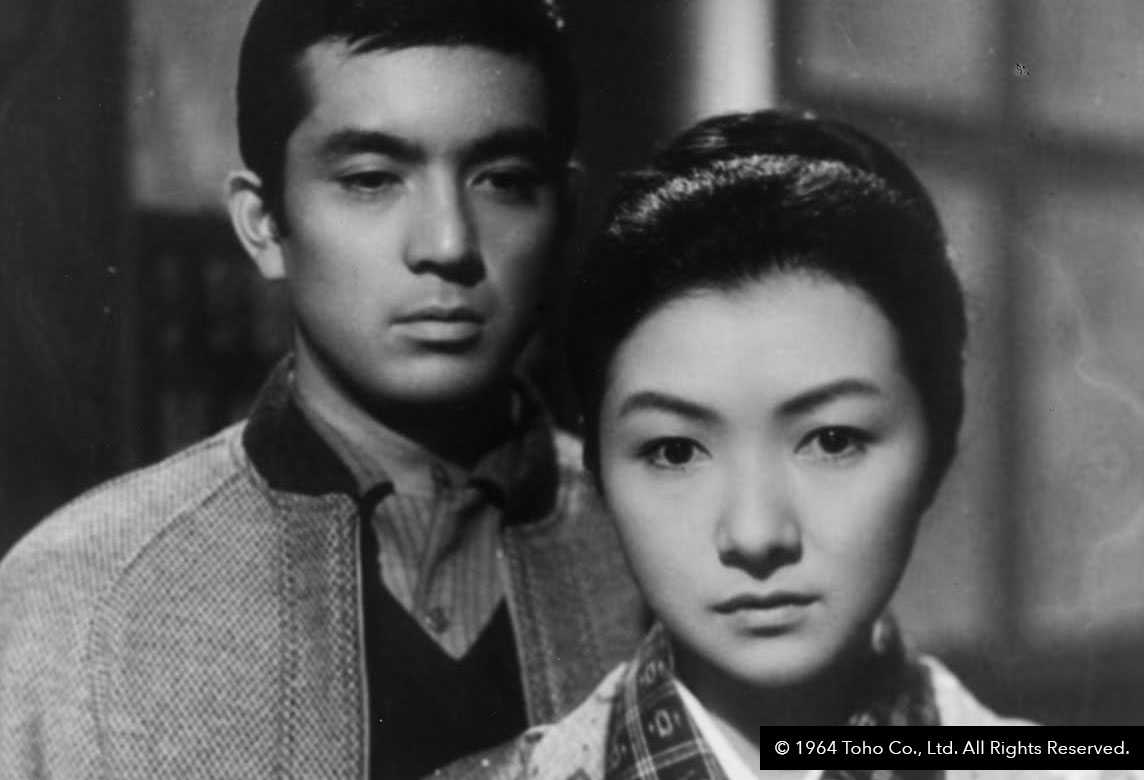 Combining three short stories written in 1948 by Fumiko Hayashi (also the source author for Naruse’s Floating Clouds, Repast and Lightning), Naruse’s filmic adaptation follows the interrelated lives of four retired Geishas in post-World War II Japan. At the heart of this sombre and elegiac film is the troubling and lovelorn figure of Kin, who has retired as an aggressive landlord and moneylender, and to whom the other three protagonists are in debt. With Ozu and Naruse regular Haruko Sugimura as Kin, and cinematography by Naruse’s regular collaborator Masao Tamai (who also shot the original Godzilla), this is one of the director’s most piercing works.

Actress Hideko Takamine continued her extraordinary run as Naruse’s muse with this typically profound and sympathetic portrayal of a war-widowed shop owner struggling with the romantic affections of her brother-in-law. Naruse’s film is a deeply tragic and pessimistic study of stifled emotion and social restrictions, counterpoised against a depiction of the pitiless process of economics in postwar Japan. Another of Naruse’s complex depictions of strong female characters, the film contains one of cinema’s most quietly devastating final images.