DESPATCHES FROM THE RADICAL LITERARY CZECHOSLOVAK CINEMA OF THE ’60s

Czechoslovakia had long tapped home-grown literature as a fecund wellspring for its cinema, but the thawing of Soviet censorship in the 1960s, coterminous with state subsidisation of film production and cooperation across an unprecedentedly rich pool of intergenerational talent, gave rise to a spate of extraordinarily vital new literary adaptations. In this season of imported titles, courtesy of the National Film Archive in Prague, eight key directors of the 1960s adapt the work of three major 20th-century authors in three innovative films that made huge strides away from the stifling demands of Soviet socialist realism.

In the omnibus film Pearls of the Deep, five alumni of Prague’s storied film school FAMU — Jiří Menzel, Jan Němec, Evald Schorm, Věra Chytilová and Jaromil Jireš—each adapted a short story by Bohumil Hrabal in what came to be considered a manifesto for the Czechoslovak New Wave. Amongst their lecturers at FAMU, Elmar Klos’ Death is Called Engelchen, co-directed with regular partner Ján Kadár and based on Slovak writer Ladislav Mňačko’s memoiristic WWII novel, is scarcely less groundbreaking, expressive or urgent than his students’ work. František Vláčil was more of an outlier, belonging to a generation between Kadár and Klos, and FAMU’s star alumni. Newly digitally restored in 4K, Marketa Lazarová, Vláčil’s adaptation of murdered avant-garde polymath Vladislav Vančura’s same-named 1931 novel, is finally receiving its due recognition as a peerlessly hypnotic, otherworldly Middle Ages masterpiece.

This season will be supplemented by further thematically linked films in the programme for the 2016 Czech and Slovak Film Festival, in partnership with the Melbourne UNESCO City of Literature Office. 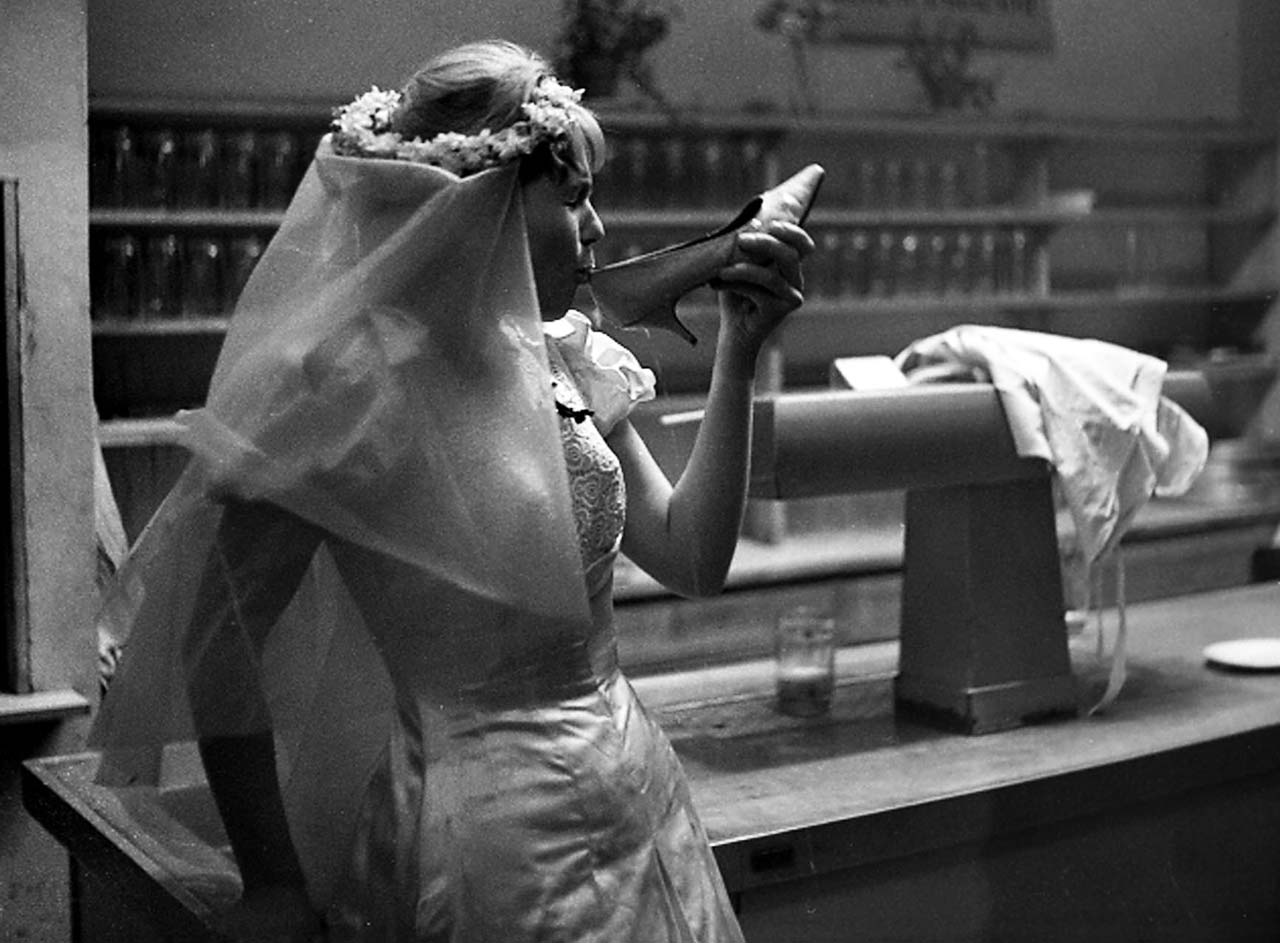 In one of the great anthology films, five leading lights of the burgeoning Czechoslovak New Wave each adapted a story from the recent, if long delayed, debut publication of Bohumil Hrabal, the most revered Czech writer of his generation. Each finds cinematic analogues for Hrabal’s iconoclastic adoption of vernacular language, celebrations of individual idiosyncrasy and affinity for the absurd, as shot by Jaroslav Kučera, the talismanic cinematographer of the New Wave. Hrabal enjoys a cameo in each segment, while Menzel’s is his feature debut and the first of many collaborations with the author.

DCP courtesy of the National Film Archive in Prague.

Structurally reminiscent of Alain Resnais’ Hiroshima mon amour, this existential, nonlinear, taboo-busting work is based on Ladislav Mňačko’s bestseller, which drew on his experiences in the Slovak partisan resistance movement during WWII and sugar-coated none of it. Paralysed, lying prostrate in a hospital bed, a despondent young man (Jan Kačer) is haunted by flashbacks of his time as an idealistic guerrilla fighter battling occupying Nazi forces in Moravia. Rudolf Milič’s adroit handheld camerawork and Zdeněk Liška’s plangent score lend an atmosphere of dread and urgency to a film of rare sophistication and power.

DCP courtesy of the National Film Archive in Prague.

Nowadays often proclaimed the greatest Czech film ever made, this dense, hallucinatory medieval epic, pitting clan against clan and Christians against Pagans, is a nearly 3-hour long rush of indelible, high contrast, black-and-white ’Scope imagery, shot with an ever prowling camera, edited furiously and constantly switching between objective and subjective points-of-view. Trying to keep up with the labyrinthine plot—even if its dizzying twists and turns are telegraphed in ornately worded chapter headings—is secondary to giving in to the film’s experiential potency, as Vláčil’s painstaking insistence on 13th-century period exactitude and hardscrabble brutality is raised, by stunning atmospherics inclusive of a majestic Zdeněk Liška choral-electronic score, to the order of the sublime. Starring the luminous Magda Vášáryová as the eponymous Marketa.