STORIES FROM THE OUTSKIRTS OF BUCHAREST: THE DARK REALISM OF CRISTI PUIU

With an oeuvre comprising just five feature-length films, director Cristi Puiu (1967-) is one of the towering figures of the Romanian New Wave.

Alongside directors such as Corneliu Porumboiu and Cristian Mungiu, Puiu’s Cannes-feted work epitomises the movement’s combination of art film technique with sardonically observed social realism. This near complete season of his films offers a window into the harsh interpersonal dynamics of post-Ceausescu Romanian society, depicted with humour and sometimes-unflinching cruelty. Beginning his career in painting, Puiu turned to filmmaking after being exposed to the cinema of John Cassavetes and the documentaries of Frederick Wiseman. From the outset, his work is pervaded by this influence of Direct Cinema and documentary. His films gained festival exposure from the beginning, with Cigarettes and Coffee receiving the Golden Bear for Best Short Film at the Berlin Film Festival. The extraordinary international success of Puiu’s breakout film The Death Of Mr. Lazarescu in 2005 was instrumental in branding Romania as the locus of like-minded auteurs examining universal verities within highly parochial geographical and political situations. This masterwork and his subsequent sparse output, planned as a series in the spirit of Eric Rohmer, reinforces his status as one of the most significant and serious of contemporary filmmakers.

This season of imported prints includes all of his key works and concludes with the extraordinary Sieranevada, a work of sustained style and dramatic tension that was widely regarded as one of the best films released in 2016. 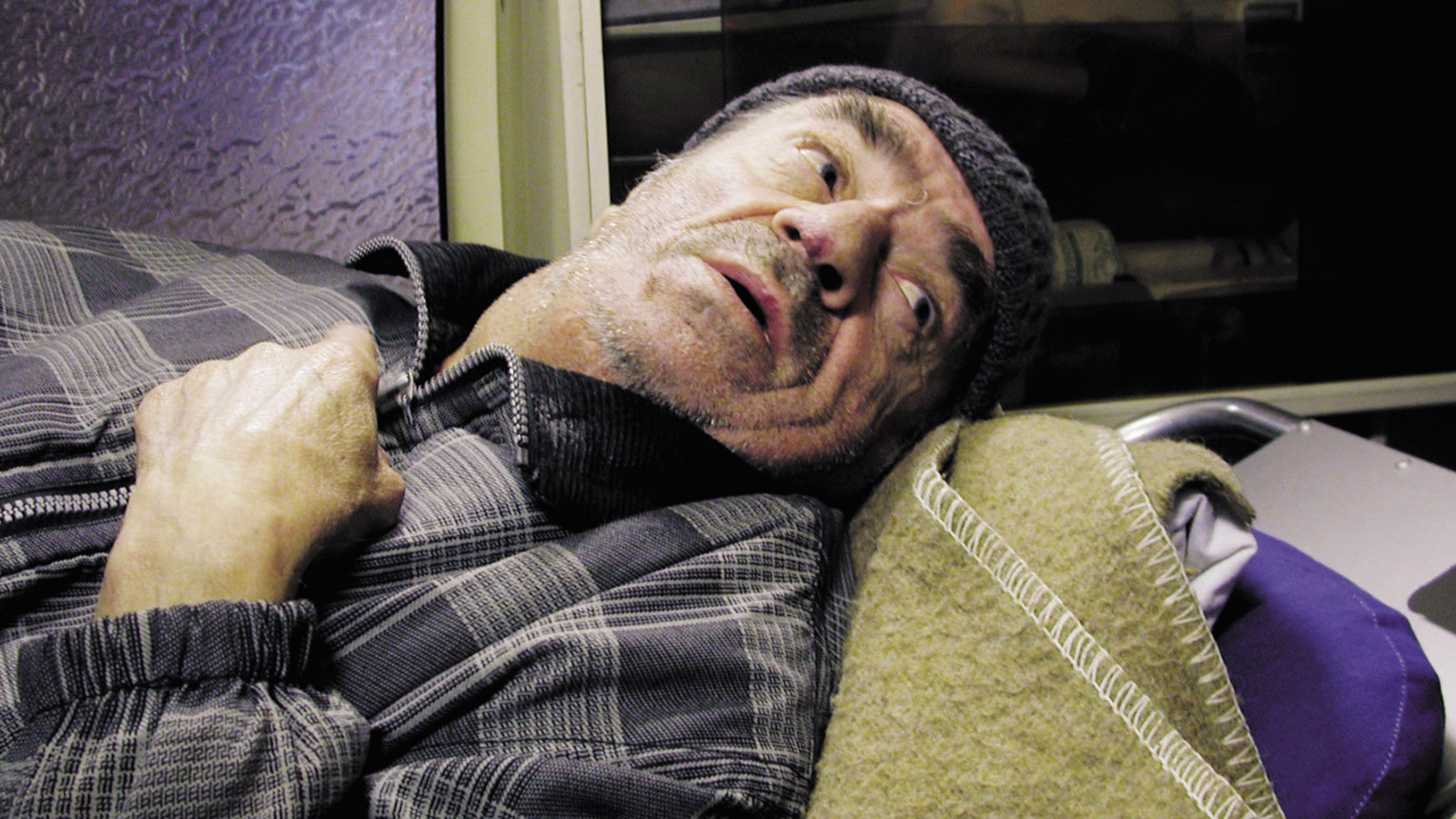 Initially pegged as a practitioner of social realism in line with the work of other key contemporary Romanian filmmakers, Puiu’s second feature slyly undermines such simple descriptions. Using the pretext of a sparse narrative – a slowly dying man is shunted, untreated, from hospital to hospital – Puiu advances formal experiments in long-take staging and extreme time distension, slowly accreting a thoroughly caustic, bitingly funny dissection of the widespread social malaise that characterises everyday life in the post-Ceaușescu era. Winner of Un Certain Regard at Cannes.

CTEQ Annotation:
‘The Death of Mr. Lazarescu’ by Rahul Hamid.

Often lauded as starting the Romanian New Wave, Puiu’s debut feature sees a small-town slacker, Ovidiu (Alexandru Papadopol), tasked with transporting a satchel of “medical supplies” to the Romanian capital. Almost everything that can go wrong does; the film focusing on Ovidiu’s impatience as the world closes in around him. Calling to mind both the greasy, high-octane thrill of Monte Hellman’s Two-Lane Blacktop and the downbeat affect of Jim Jarmusch’s Down by Law, Puiu’s deadpan caper is ultimately representative of a Europe where the line between enterprise and crime is profoundly blurred.

CTEQ Annotation:
Off the Road Again: ‘Stuff and Dough’ by Kenta McGrath. 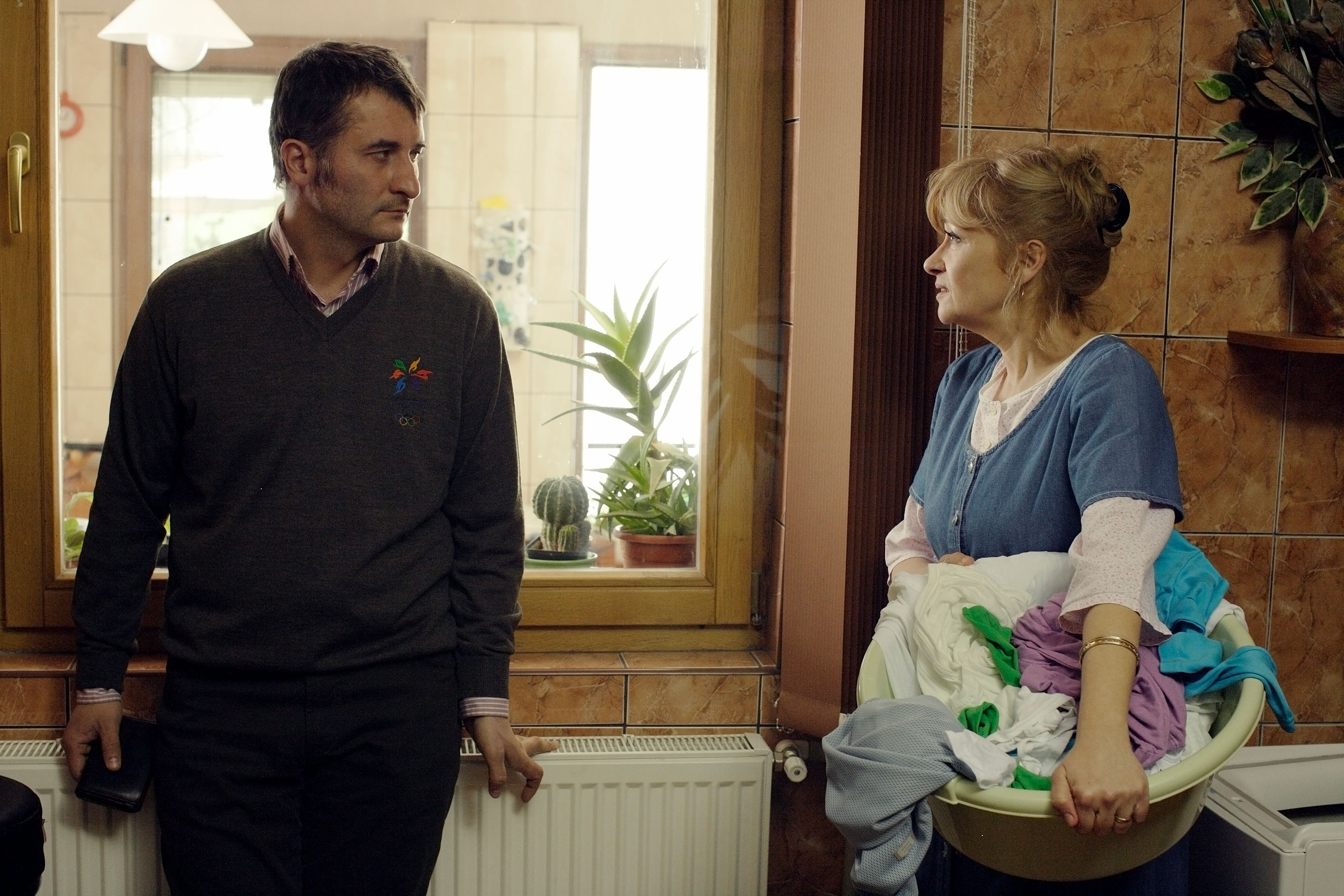 “Clocking in at an engrossing, immersive three hours, the movie is a mystery about the human soul” (Manohla Dargis) and a chillingly elliptical depiction of a day-and-a-half in the life of a middle-aged urban psychopath, played by the director with calm and measured threat. Puiu uses the full arsenal of European art cinema style to maximise ambiguity and unease. The bleakest streets of Bucharest act as an apt backdrop for the cold narrative of imminent violence.

Conceived as a grim and bracing counterpoint to F. W. Murnau’s Sunrise: A Song of Two Humans, the film further develops Puiu’s profound and critical examination of human relationships in contemporary Romania. Dedicated to mentor and key influence Eric Rohmer, Puiu’s opus is “a masterly film that draws us into a world controlled by unseen forces” (Philip French). 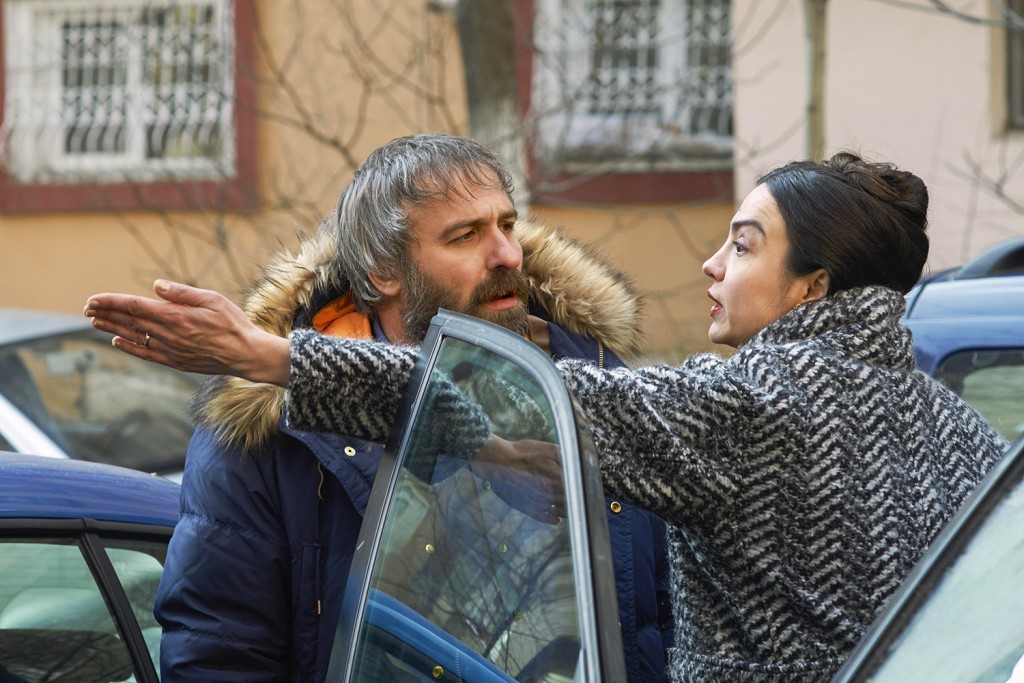 An extended family gather in a cramped apartment to mark the traditional mourning ritual for their patriarch where unresolved conflicts – political, historical, religious and, most tellingly, personal – spill over. With more than a dozen fully-realised characters, the film’s choreography of bodies, elaborate, seemingly haphazard sequence shots, subplots, and emotional pitch is extraordinary. Characteristic of the Romanian New Wave that Puiu all but invented, precise timing and pacing are achieved with minimal editing within scenes – Puiu’s sense of rhythm combining with a staggeringly well-drilled cast to create a hyper-real narrative that’s as much dance as it is drama.

One of the greatest films made anywhere in the last five years, it stars the extraordinary Mimi Branescu.

Cigarettes and Coffee Cristi Puiu (2004) 15 mins. Unclassified 15 + (unless accompanied by an adult. Puiu’s award-winning short film also stars Branescu as a man meeting his recently retrenched father and finding the generation gap is much wider when it sits astride the downfall of a country’s politico-economic system.