One of Hollywood’s favourite antiheroes, Robert Mitchum (1917-1997) had a natural talent for the screen, but he also brought the dignity of his learned craft to each role.

Starting his film career as an extra and then working his way through a number of minor Westerns and war movies before his breakthrough Oscar-nominated role in Wellman’s Story of G.I. Joe in 1945, Mitchum’s bitter, sardonic, world-weary, pulp-existential persona found its perfect match in the string of noir protagonists he played in the late 1940s and early 1950s (Out of the Past, Where Danger Lives, Angel Face and Walsh’s noir Western, Pursued). While it was the dark humour and fatal resignation of noir that led him to fame, he had a range that took him beyond the Western, war picture and melodrama, and into a league of his own. A man of contradictions, he was both laconic and firmly spoken, sensitive and hardboiled, dismissive of his craft and dedicated to the art of acting, and he could play villain or hero with equal vigour. His tough onscreen presence was bolstered by a youth spent on a chain gang and as a boxer, early scandals as a Hollywood star, and yet he balanced this hardened experience with a seductive delicacy. With a distinctive Connecticut elocution, a strong but weary gait, and a little known flair for calypso music, Mitchum created – and embodied – some of the most famous and indelibly male characters in cinema. A highly respected professional, Mitchum’s screen career spanned over five decades.

This season highlights several of Mitchum’s key earlier lead roles, and some of his best known performances from the peak of his stardom in films such as Out of the Past, The Night of the Hunter, Home From the Hill, and the Australia-set and shot The Sundowners. 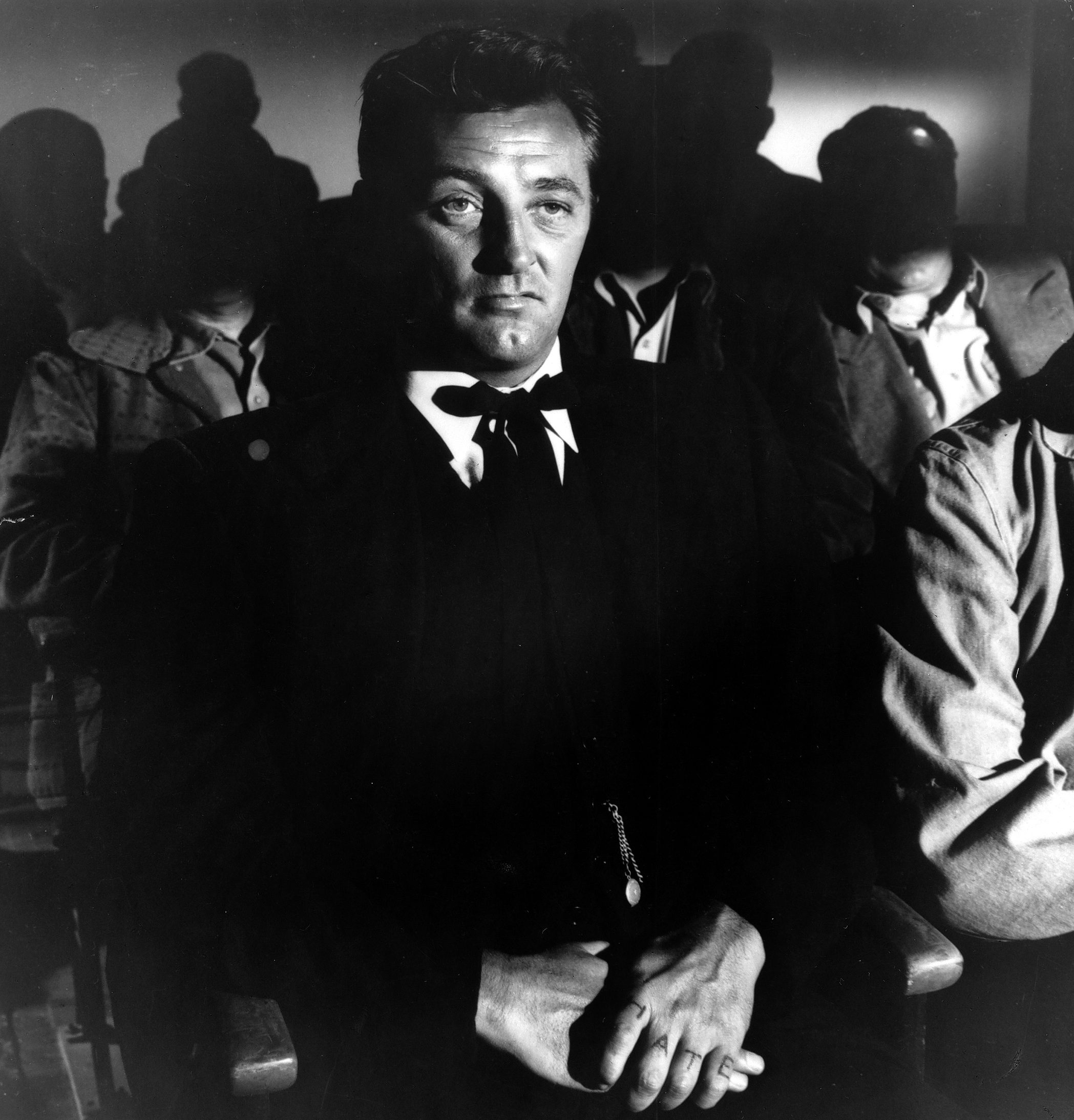 This massively influential one-of-a-kind dreamlike horror movie stars a truly frightening and mesmerising Mitchum as a serial wife-killing preacher chasing a pair of homeless children across an eye-popping 1930s American Gothic landscape. Actor Laughton’s only film as director (James Agee’s pungently literary script is adapted from Davis Grubb’s striking novel) is a truly remarkable mix of the archaic and visionary, the artificial and naturalistic, expressionism and American primitivism. Once banned in Australia, it features extraordinary performances by Shelley Winters and Lillian Gish alongside some of the cinema’s most indelible images (shot by Stanley Cortez).

CTEQ Annotation:
The Man in Black: The Night of the Hunter by Adrian Danks.

This is, quite simply, one of the most remarkable of Westerns, a dark, stylised Freudian revenge melodrama shot partly in Monument Valley, enlivened by Walsh’s taut direction and superbly shot, with low-key noir lighting, by James Wong Howe. In this fevered Greek tragedy-infused Western scripted by Niven Busch (The Furies), Mitchum is extraordinary as the victim of a traumatic but repressed childhood memory that drives him to kill. Co-stars Teresa Wright, Judith Anderson, Dean Jagger, Harry Carey Jr. and Alan Hale. 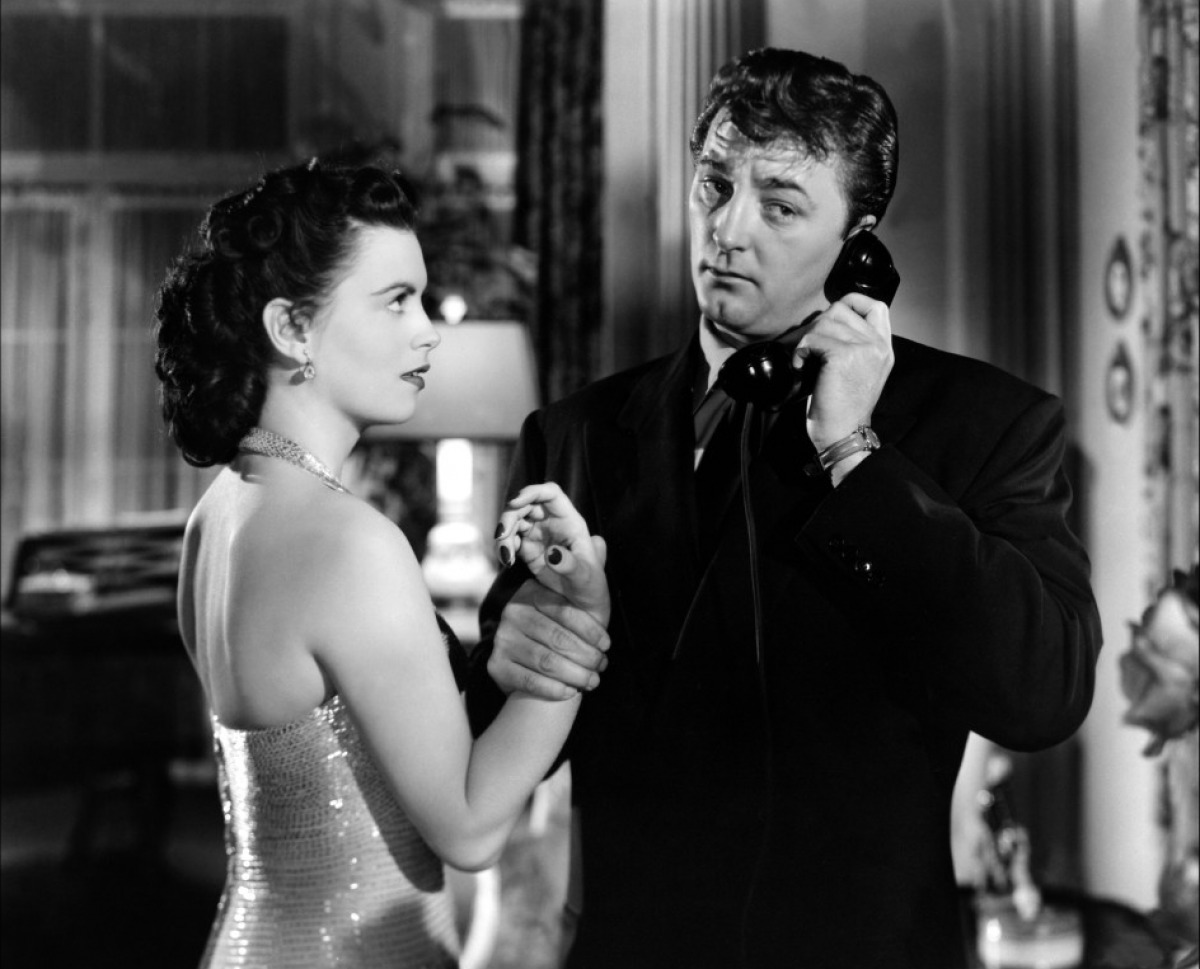 Mitchum gets a chance to play against type as a stable citizen-doctor in this lurid RKO noir. Australian director “Farrow nicely hits the nightmarish, hallucinatory qualities” as a concussed Mitchum and the obligatory femme fatale, played by Faith Domergue, “barrel down the dirt roads of southern California [amid] some of the bleakest scenery America has to offer” (Dave Kehr). Veteran screenwriter Charles Bennett, known for his work with Hitchcock and Jacques Tourneur, inflects the requisite darkness with an absurdist screwball edge. With Claude Rains and Maureen O’Sullivan.

CTEQ Annotation:
The Philosophy of Mitchum: Fatal Poet in Where Danger Lives by Joanna Elena Batsakis.

Mitchum stars as a wealthy, domineering landowner who shows little respect for his wife (Eleanor Parker) or anyone else in this searing deconstruction of oppressive patriarchy in mid-20th century America. Shot largely on location in Mississippi and Texas, this portrait of the South is both authentic and literary in its aspirations, capturing wide natural vistas and claustrophobic interiors steeped in a lonely domesticity. As a bold and troubling study of masculinity, and a “cauldron of crucial, furious, and unresolved passions” (Richard Brody), this is a key work in both Mitchum and Minnelli’s careers. With George Peppard, George Hamilton and Everett Sloane.

CTEQ Annotation:
“Take Me As I Am”: Robert Mitchum’s Contradictory Masculinity in Home from the Hill by Joanna Di Mattia 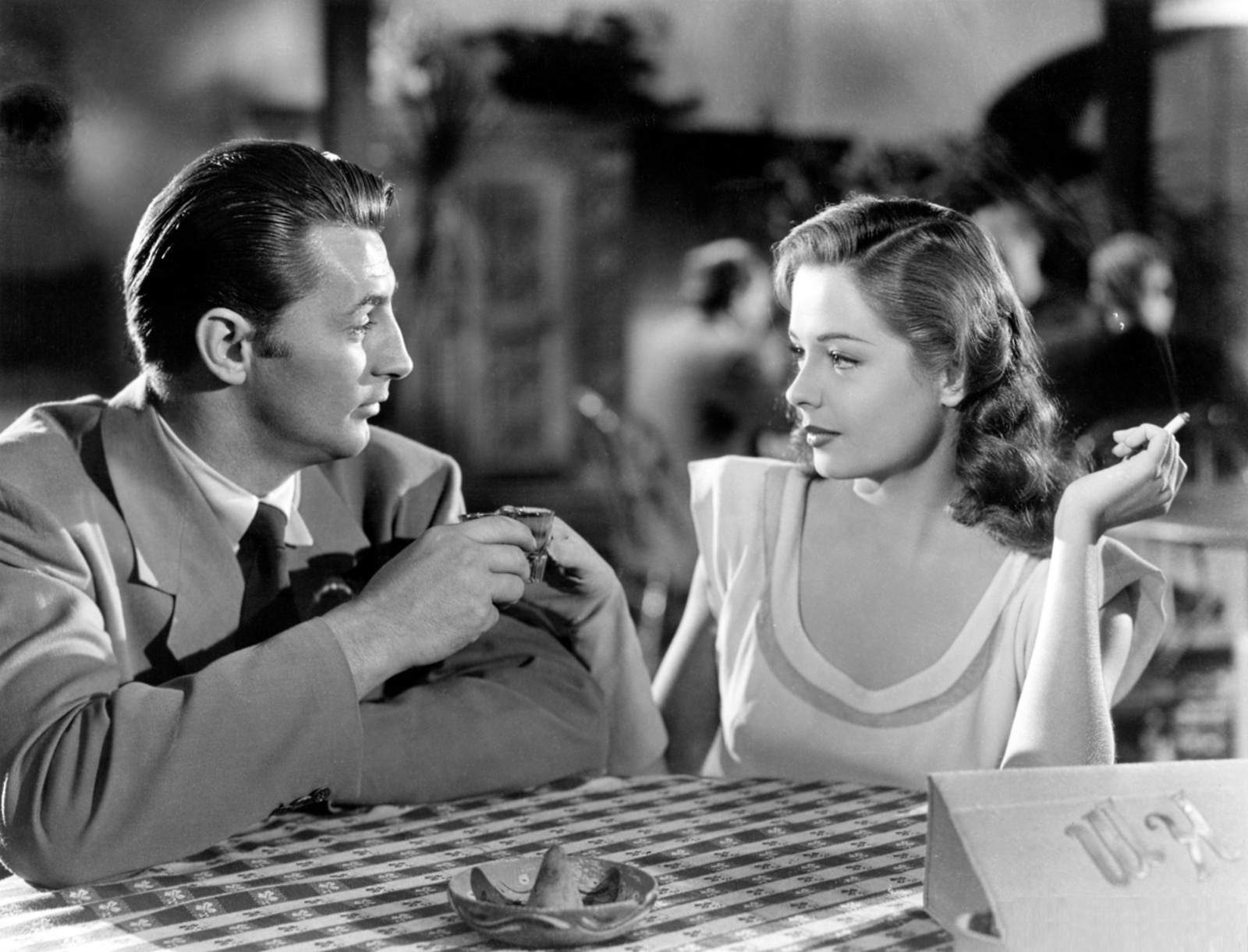 Daniel Mainwaring adapts his own pseudonymous novel about a man (Mitchum) who can’t seem to escape his past. Featuring an elegant flashback structure, a doomed hero, a venal gangster (Kirk Douglas) and – of course – Jane Greer playing a femme as fatale as any in cinema, it’s shot by Nicholas Musuraca as if “black is the new black” and boasts an endless stream of quotable, hardboiled dialogue (“Build my gallows high, baby”). Tourneur brings B-movie style and soul to an “A” picture and delivers, perhaps, the archetypal film noir that – like its anti-heroine – is beautiful, seductive and “a little cold around the heart.”

CTEQ Annotation:
Out of the Past by Amy Simmons.

Zinnemann’s exquisitely nuanced pastoral “Western” highlights the trials, tribulations and everyday joys of a typical family wandering the Australian countryside in the 1920s. Based on Jon Cleary’s massively successful 1952 novel, this lovingly rendered portrait of the enduring bonds of marriage and the itinerant life of droving and shearing is undoubtedly the best of a series of international films shot in Australia in the post-war era.

The earthy and bracingly matter-of-fact performances by Deborah Kerr and Mitchum (in a performance widely considered amongst his best) perfectly ground the film’s emotional authenticity. With Peter Ustinov, Glynis Johns and Chips Rafferty.