OF THE WORLD AND ITS THINGS: THE MATERIALIST CINEMA OF DANIÈLE HUILLET AND JEAN-MARIE STRAUB

A rare opportunity to experience the work of two of modernist art cinema’s most criminally under-appreciated figures, this season presents six films from across the breadth of their truly singular and profoundly collaborative career. Husband and wife as well as life-long collaborators, Danièle Huillet (1936-2006) and Jean-Marie Straub (1933-) built a radical filmic practice that shunned the wasteful and reactionary methods of much industrial film production, a paradox set in relief by their genuine and unabated love of classical Hollywood cinema (from Charlie Chaplin to John Ford and beyond).

Working simply, with minimal crews and resources, Straub and Huillet pioneered an entirely new, thrillingly precise approach to film grammar: sharp, dense and conditioned on the absolute balance between text, politics and methodology. From their international breakthrough, The Chronicle of Anna Magdalena Bach, to History Lessons and Sicilia!, Straub and Huillet consistently worked to rewrite the borders between form and politics, spatiality and musicology. Fascinated by the gaps created by the translation of the material world into “the known,” their films “return constantly to themes relating to geography, national borders and language” (Ted Fendt). A fully alive, truly passionate commitment to the “things” of the world, this moment-by-moment attention to materiality, the legacies of history and the here-and-now serves as the basis for Straub and Huillet’s salutary, uniquely cinematic politics. 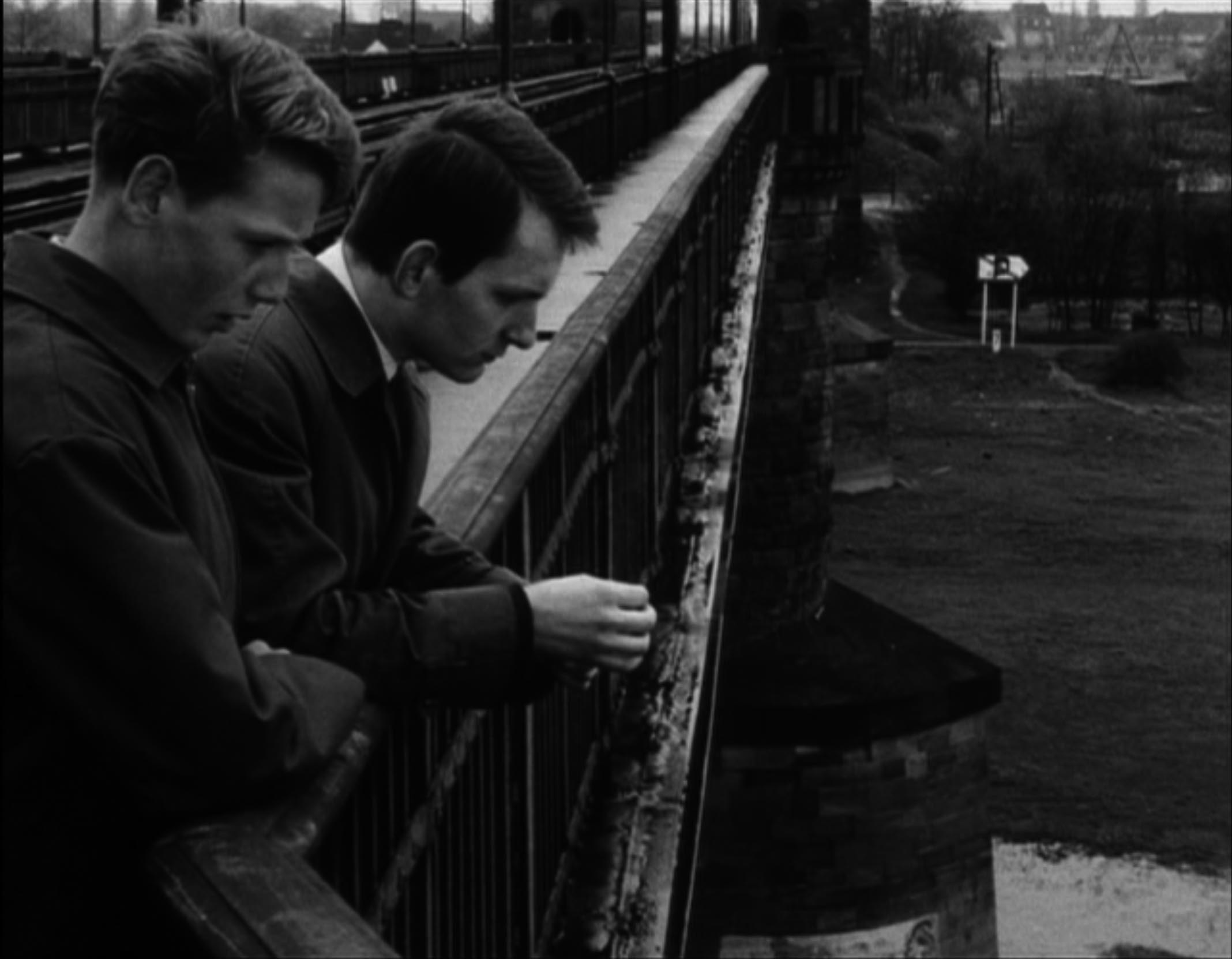 Described by Straub as a lacunary film, this adaptation of Heinrich Böll’s Billiards at Half-Past Nine is defined by its omissions as much as by its content. Eschewing narrative chronology, lyricism and psychology, the depiction of three generations of a German bourgeois family – before, during and after Nazism; though it’s generally not clear what belongs to which era – aims for a materialism that positions it more accurately in the domain of essay film than narrative.

CTEQ Annotation:
Blowing Up the Past: Danièle Huillet and Jean-Marie Straub’s ‘Not Reconciled’ by David Heslin.

This magnificent late work finds Straub and Huillet further refining the materialist-dialectical approach they spent a lifetime radically practicing. Adapting Elio Vittorini’s anti-fascist novel, Conversazione in Sicilia, the filmmakers organise their film relationally, from language to landscape, matter to memory, charting an enchanted inventory of objects, faces, gestures and affects. For viewers willing to adjust tempo to that of these utterly individual filmmakers, this film remains Straub and Huillet’s most purely pleasurable work, stunningly shot in incandescent black-and-white by the late William Lubtchansky.

Corneille’s 1664 tragedy – based on Tacitus’ Histories – is drained of conventional dramatic and cinematic elements in a striking Brechtian experiment. Straub and Huillet’s cast recite dialogue as un-nuanced torrents and in multiple accents, competing with the unfiltered ambience of traffic and birdsong. Filmed among Rome’s Palatine ruins and performed in classical costume, the text is paradoxically foregrounded and diffused. Their first colour film highlights the filmmakers’ typical focus on political power dynamics rendered abstract through performance. 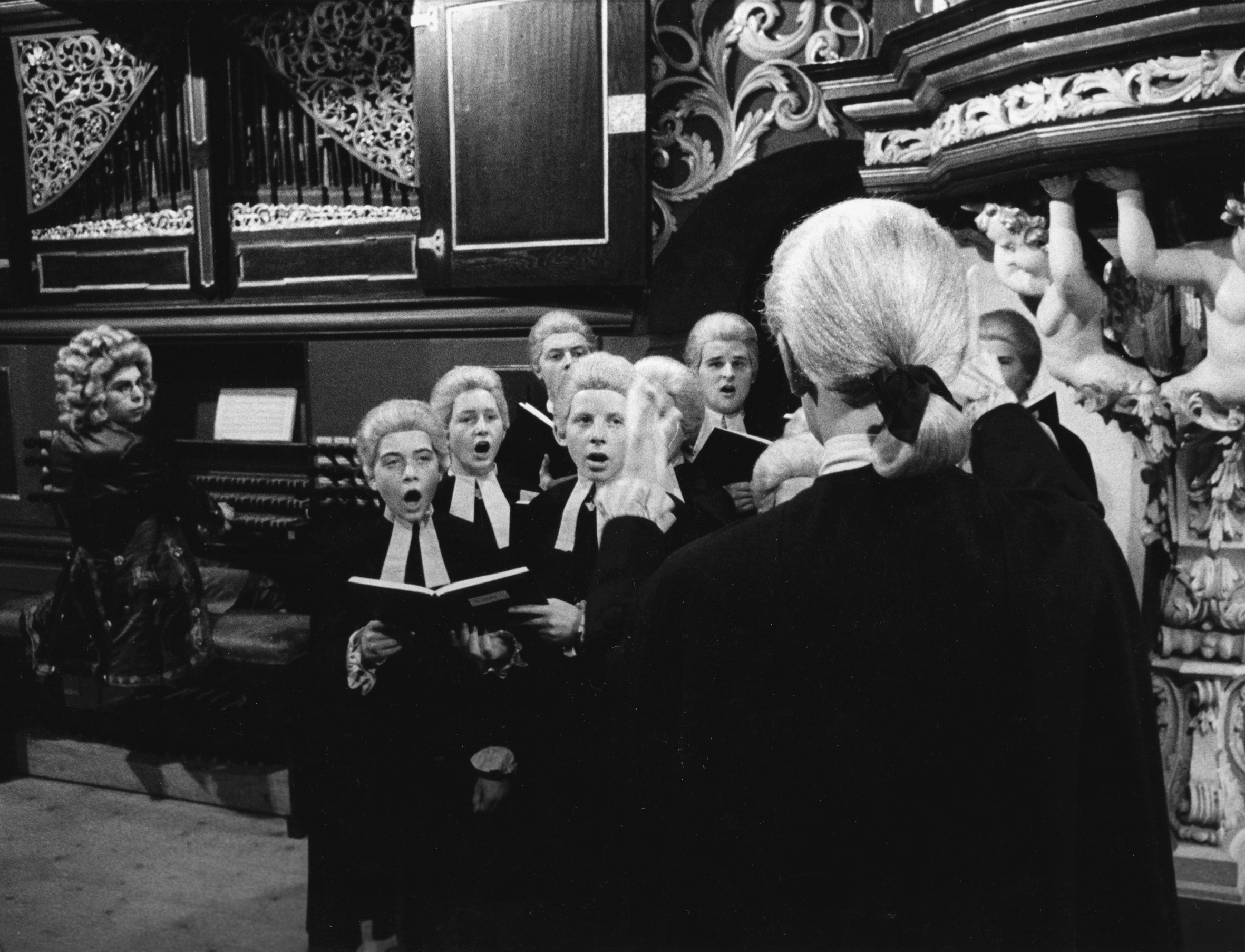 7:00pm THE CHRONICLE OF ANNA MAGDALENA BACH
Danièle Huillet and Jean-Marie Straub (1968) 94 mins
Unclassified 15+ (unless accompanied by an adult)

Straub and Huillet’s most accessible film is a highly complex formalist exercise that deconstructs the form of the fictional and documentary biopic. This does not distance us from the subject at hand or cast doubt on documentary truth, but invites a more direct engagement with Bach’s music. Strikingly framed biographical and period details are accompanied by unbroken passages from Bach, subverting the conventional relationship between score and image.

The Bridegroom, the Comedienne and the Pimp Jean-Marie Straub (1968) 23 mins. Unclassified 15+ (unless accompanied by an adult). A film in three parts, including an abbreviated play filmed at the Munich Action Theatre featuring Rainer Werner Fassbinder and Hanna Schygulla.

This free adaptation of Bertolt Brecht’s unfinished novel The Business Affairs of Mr Julius Caesar exemplifies Straub and Huillet’s attitudes to trans-European internationalism, featuring long, fixed shots from the seat of an Alfa Romeo driving through Rome alongside sequences of toga-clad German actors being “interviewed” about the rise of Caesar. Adopting Brecht’s sensibility – along with his text – in its distanced contrast between a decaying ancient Rome and a degenerating modern one, the film reminds us what happens to those who fail to learn from history.