Rapidly emerging as a fully-fledged feature-film director in the 1950s, Robert Aldrich (1918–1983) shook up US cinema across a 30-year career while covering a staggering range of genres.

Acclaimed very early on by the French auteurist critics, Aldrich maintained a consistent worldview across almost 30 features. His work is marked by an intense, punchy and even superabundant style, one that distilled the zeitgeist to either create raw political indictments or further the director’s great theme of morally ambiguous characters struggling to survive in a hostile world. As author Alain Silver suggests, Aldrich’s cinematic universe represents a crucible designed to test individual resolve: “Each film is less than absolute in its definition of a moral man yet is absolute in its definition of morality”. The films’ individualist philosophy arguably parallels Aldrich’s own career. After working as assistant director to major figures such as Charles Chaplin, Joseph Losey and Jean Renoir, he emerged as a fiercely independent artist, often working with his own company – The Associates & Aldrich – to write, produce and direct.

This season illustrates just some of Aldrich’s range, from melodramas and psychological thrillers to Westerns and war films. It includes his nihilistic noir zenith, Kiss Me Deadly, one of his greatest genre films, Vera Cruz, his important women-focused films Autumn Leaves and Hush…Hush, Sweet Charlotte and, equally importantly, such later masterpieces as Too Late the Hero and Ulzana’s Raid. 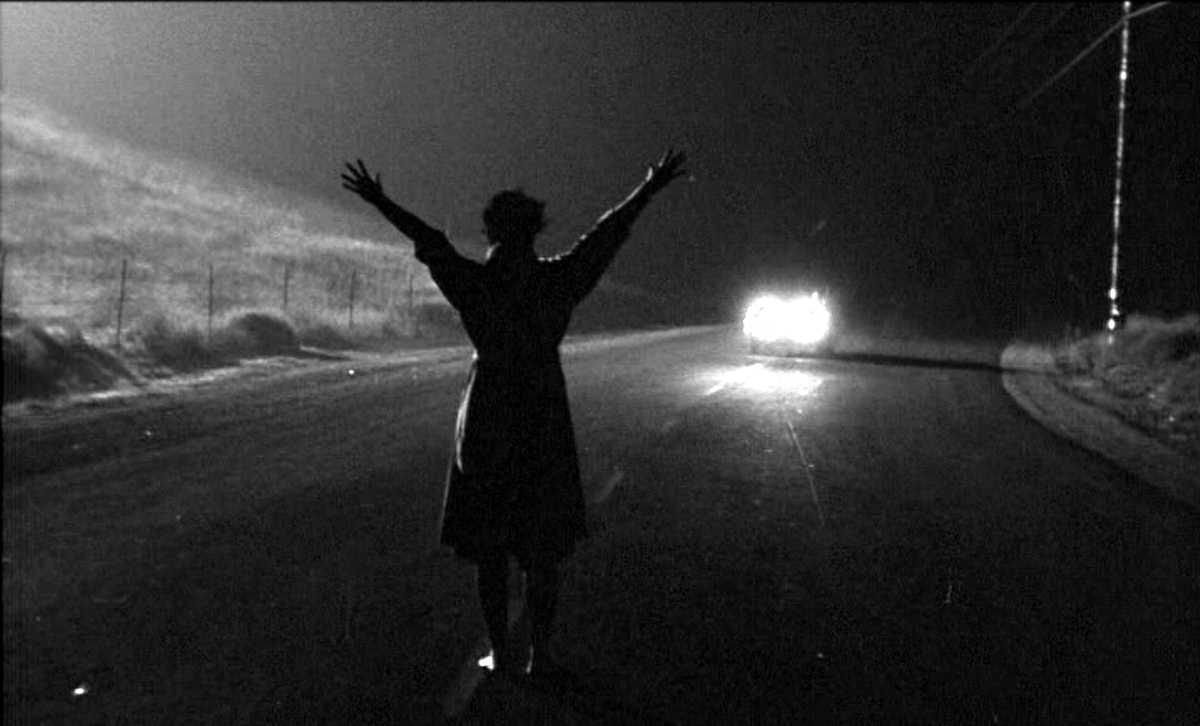 Its bravura, baroque visual style, array of expressive characterisation, depth of allusion and metaphor confirm Aldrich’s seminal and most-celebrated film as the apocalyptic climax of the initial noir cycle. Portraying Mickey Spillane’s Mike Hammer (Ralph Meeker) as a fascistic, moody and violent anti-hero caught between organised crime, government forces and the looming Armageddon, its startling mix of brutal pop primitivism, flip ’50s postures and modernist style and technique was a major influence on the nouvelle vague and Quentin Tarantino. Hardboiled script by A. I. Bezzerides.

Perhaps the ultimate Western-as-Vietnam allegory, Aldrich’s punishing tale of Apaches versus the US Cavalry proved to be a commercial disaster and the ultimate undoing of his own production company. Like Leone or Peckinpah pointedly deploying Henry Fonda or William Holden, the director casts Burt Lancaster against equally iconic Arizona backdrops and empties the genre of its easy consolations and comfortable conclusions. Eschewing stylistic flash, Aldrich unflinchingly presents a sadly prescient parade of violence borne out of stupidity and bad faith. 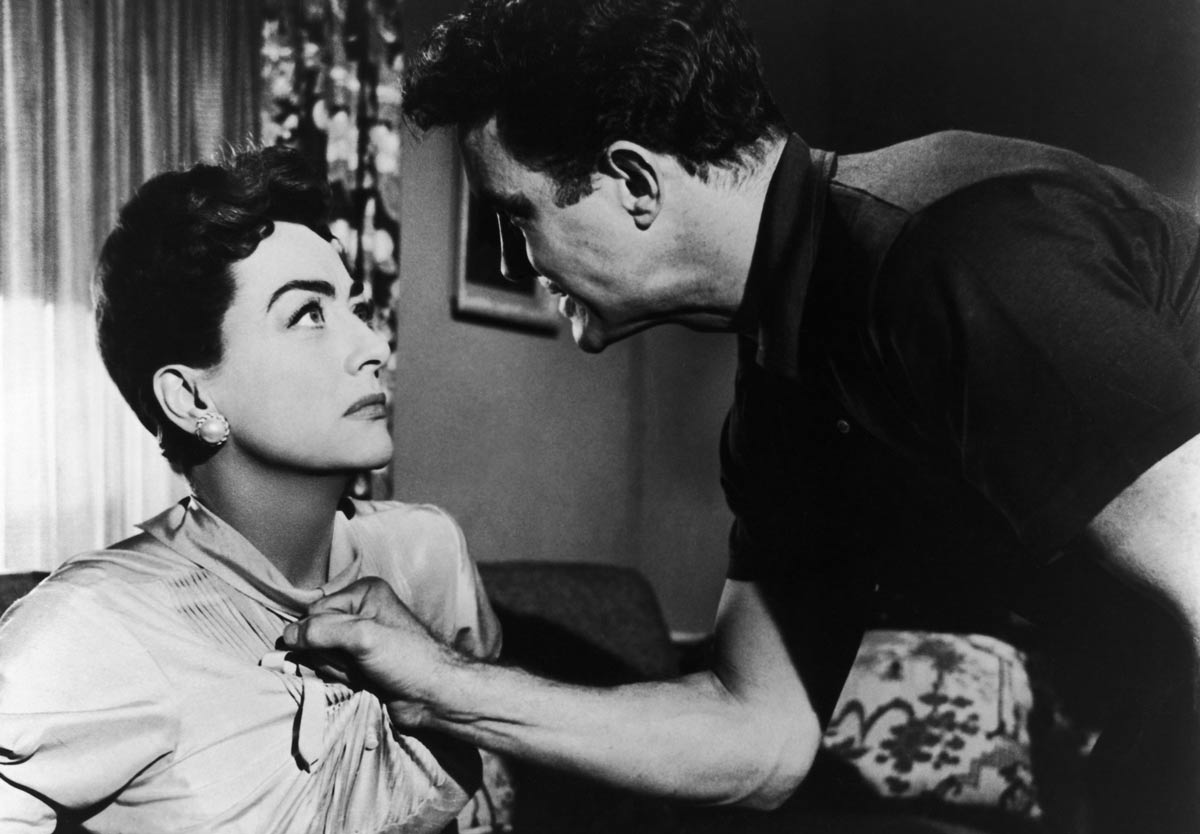 Playing a lonely middle-aged woman wooed by a troubled younger man (Cliff Robertson), this was Joan Crawford’s first collaboration with Aldrich, leading the way to What Ever Happened to Baby Jane? As with the later film, Aldrich – assisted by the great cinematographer Charles Lang – brings a toughness to the melodrama of the so-called “woman’s picture”. Richard Brody called it “a story of romantic agony, archetypal tragedy and mental illness” which “forges its passionate themes and actions into a cinematic style of a rare, hectic ardour”. With Vera Miles and Lorne Greene and featuring the title song by Nat King Cole.

This wicked gothic drama fuses an ageing Southern belle, a buried family secret and the sinister hum of small-town gossip with the rich black-and-white tones of Joseph F. Biroc’s cinematography. Aldrich’s follow up to What Ever Happened to Baby Jane? is a Grand Guignol vehicle that transports Bette Davis to the macabre splendour of a crumbling plantation house in Louisiana. This baroque psychological thriller is spiced up with a stellar supporting cast including Olivia de Havilland, Joseph Cotten, Agnes Moorehead, Cecil Kellaway, Bruce Dern and Mary Astor. 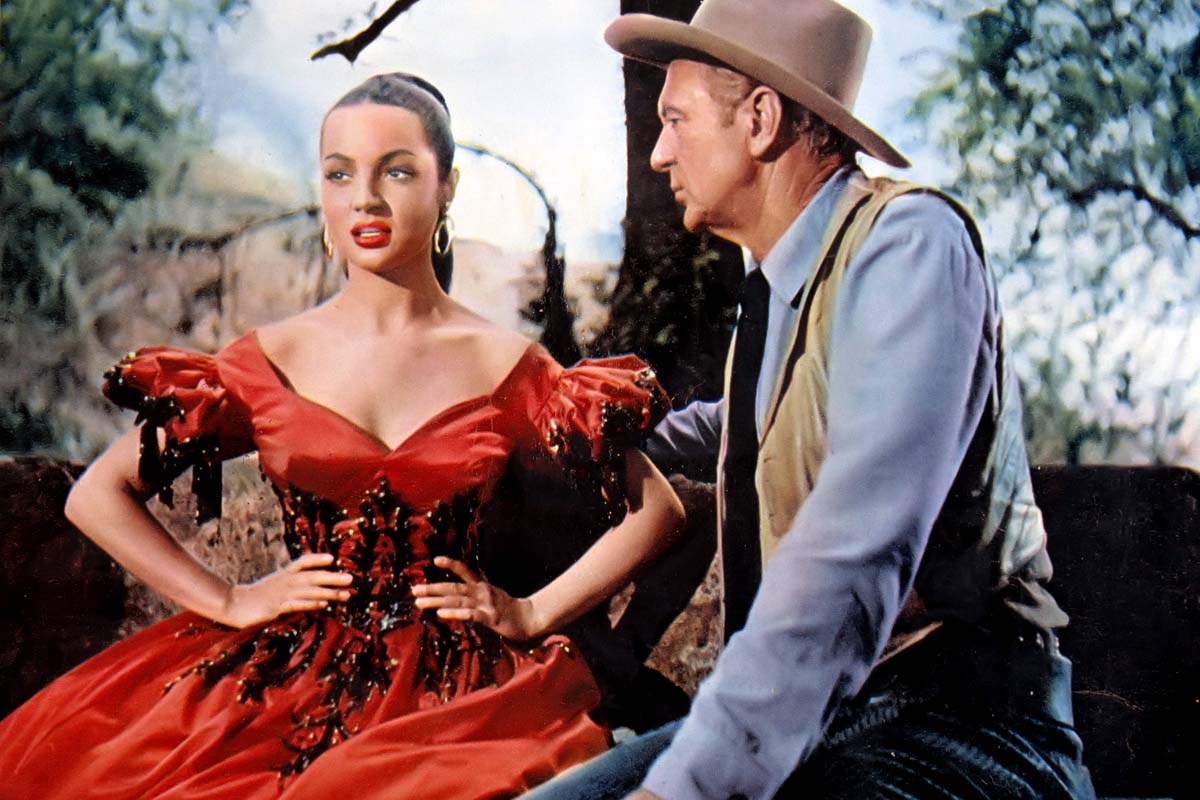 Aldrich’s fourth feature is one of the most influential, expressive and prescient Westerns of the 1950s. Shot largely in Mexico, and paving the way for the more cynical, self-conscious and critical approaches to the genre found in The Professionals, The Wild Bunch and many Spaghetti Westerns, it focuses on US mercenaries helping to transport a precious cargo for Emperor Maximilian. An often-wry post-Civil War tale of double-cross and porous allegiances, it features a stellar cast including Burt Lancaster, Gary Cooper, Ernest Borgnine and Charles Bronson.

This intense, action-packed and circumspect war film provides a fascinating companion piece to the massively successful The Dirty Dozen made by Aldrich in 1967. Shot in harsh conditions in the Philippines, and resonating with contemporary US experience in Vietnam, it focuses on a ragbag collection of misfits, cynics and cowards assigned to an outlying British commando unit tasked with destroying a radio transmitter on a largely Japanese occupied island. One of the director’s most underrated films it stars Michael Caine, Cliff Robertson, Henry Fonda and Ken Takakura.

CTEQ ANNOTATION
Too Late The Hero by Brad Weismann.