TERENCE DAVIES: THE ART OF MEMORY

Over the last 40 years, Terence Davies (1945-) has produced one of the truly singular, personal, lyrical and reflective bodies of work in contemporary cinema, exploring impressionistic memories of his childhood, adolescence and bourgeoning homosexuality in postwar Liverpool in his early films before moving onto adventurous, wrenching and sometimes ecstatic adaptations of the novels and plays of John Kennedy Toole, Edith Wharton, Lewis Grassic Gibbon and Terence Rattigan.

After working as a shipping-office clerk for a decade, Davies entered drama school and completed the screenplay for his first short, Children (1976). Combined with two subsequent shorts this became the basis of the celebrated The Terence Davies Trilogy in 1984. Davies’ following feature, Distant Voices, Still Lives, is widely cited as one of the great British films and fully established his highly formal and distinctive style as well as his fascination with family and identity. Davies’ highly musical films also explore the memory and transformative power of popular culture in a fashion that is both deeply personal and soaked in communal experience. Drawing on an extraordinary palette that combines the Flemish painters with the MGM Hollywood musical, T. S. Eliot with the poetry of the shipping forecasts and football results, popular culture with religion, dank inner-city Liverpool with a bigger, brighter world, his often stark but immoderate movies provide a heartfelt lesson in the nature and beauty of cinema itself.

This season highlights many of Davies’ greatest works, ranging from his extraordinary initial run of highly impressionistic “autobiographical” films (The Terence Davies Trilogy, Distant Voices, Still Lives, The Long Day Closes) to incisive explorations of novels by cherished authors (The Neon Bible and The House of Mirth). It concludes with his widely acclaimed account of the difficult but singular life of Emily Dickinson, A Quiet Passion. 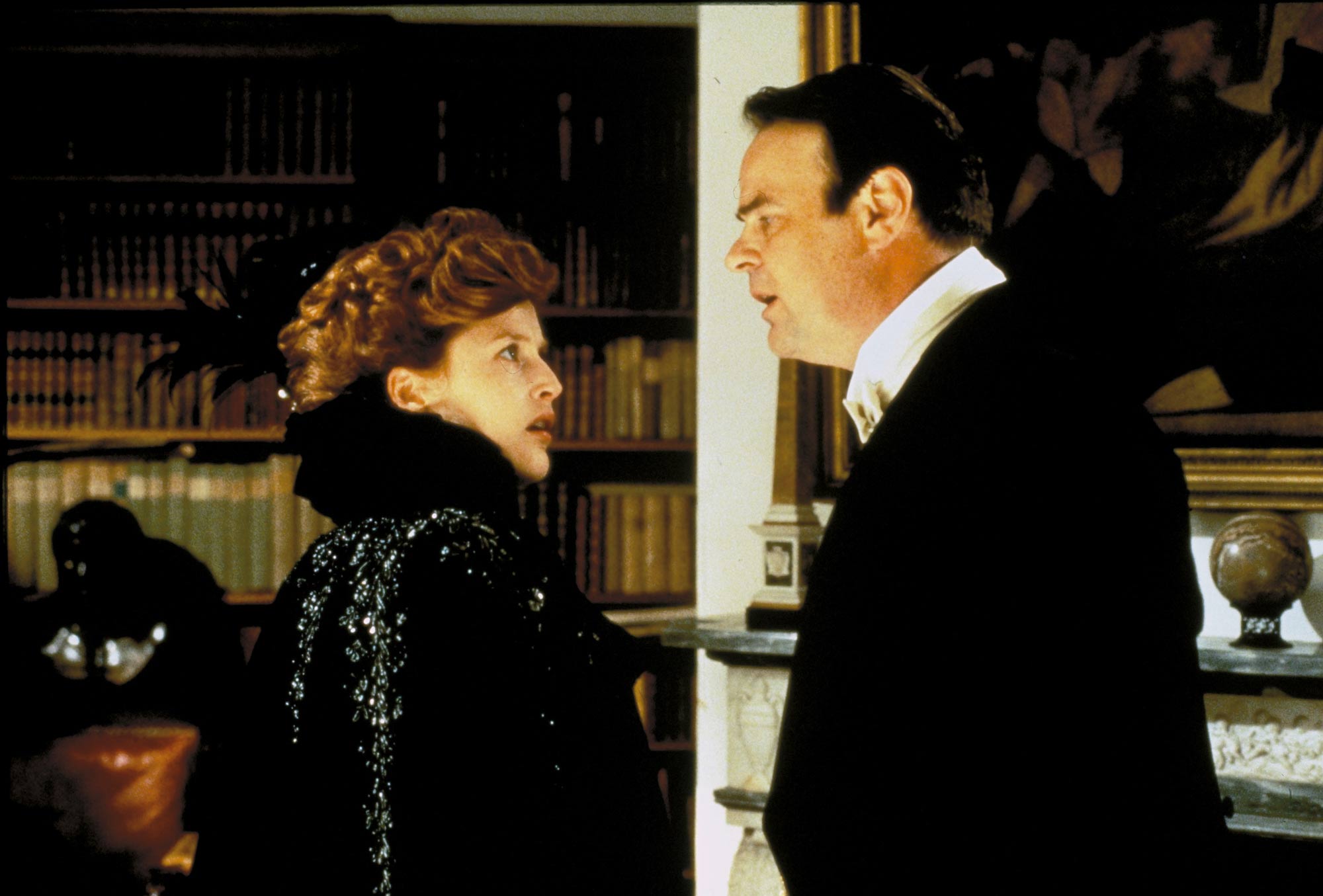 Davies’ extraordinary, impressionistic, lacerating memory film of “his” mid-century Liverpool, Catholic, working-class childhood is one of the defining films of late 20th-century British cinema. Felt rather than narrated, this rich fusion of postwar American and British popular culture (particularly its music, often sung a cappella by the film’s characters) is one of the great evocations of the relationship between the personal and the communal, the lived past and memory, cultural artefacts and their often-haunting everyday use. With Pete Postlethwaite.

Gillian Anderson stars as Lily Bart, a fin de siècle New York upper-class woman who finds herself gradually outcast from high society as she falls on hard times. Davies’ austere and meticulous approach to composition renders Edith Wharton’s tragic story as a series of stark, unflinching tableaux evoking early cinema and the work of Carl Dreyer. The protagonist’s social denigration is bitterly framed against exquisitely recreated period sets, bluntly emphasising the callous manipulations and petty cruelties of the ruling class that are Wharton’s métier. With Dan Aykroyd and Laura Linney.


35mm print courtesy of the National Film and Sound Archive

CTEQ ANNOTATION: ‘The House of Mirth’ by Tamara Tracz.

Davies’ autobiographical and pungently poetic follow-up to Distant Voices, Still Lives is an evocative memory palace of images, sounds, music, and snippets of dialogue from Ealing and Hollywood movies and BBC radio broadcasts. A highly impressionistic vision of the closed but receptive world of a shy young boy caught between the picture palace and home, childhood and adolescence, primary and secondary school, the starry world of America and the dank streets and buildings of postwar urban Britain, this is Davies’ most consciously lyrical and nostalgic work.

To be introduced by Joanna Di Mattia, winner of the 2017 Senses of Cinema-Monash Essay Prize for her Great Directors profile on Terence Davies.

A significant break from his preceding ruminations on his own formative past, Davies applied his highly personal technique to adapting a short novel written by John Kennedy Toole at the age of 16. Davies’ unusually linear script retells a coming-of-age story in the Deep South that sits in marked contrast to his more familiar northern England locales. Nonetheless, Davies manages to graft the Southern Gothic seamlessly onto his lyrical long takes and outsider’s sensibility. Gena Rowlands, as the washed-up but indefatigable torch singer aunt, cements her “actor’s actor” reputation with a multi-layered and audacious performance. 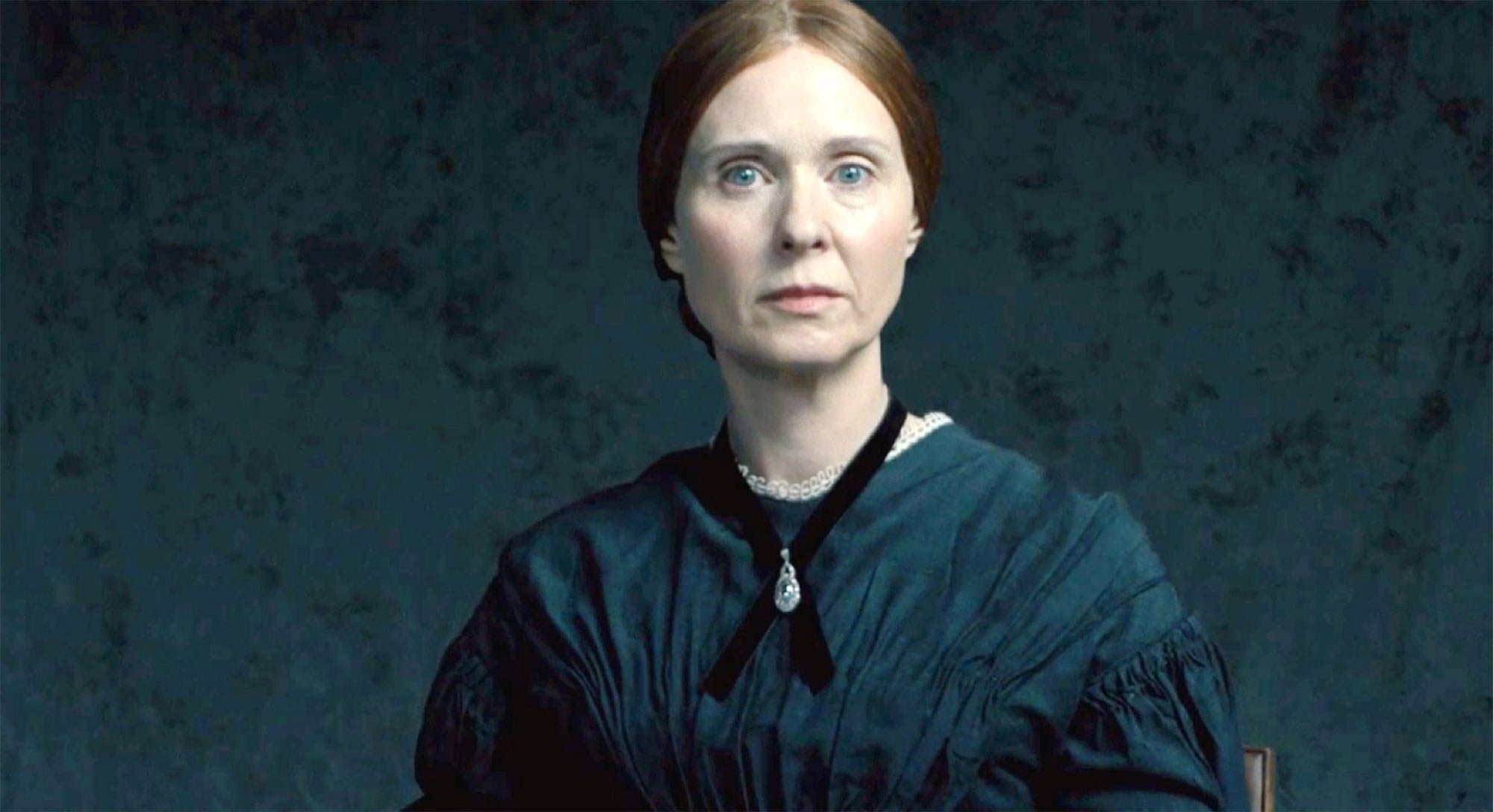 Originally composed as individual short films, these three loosely structured segments trace the life of Liverpudlian Robert Tucker from childhood to lonely death. A melancholy portrait of human dignity, this elegiac film is profoundly moving in its attention to the emotional tenor of events and the portrait of a man in close-up. This debut feature intimately weaves memories and anecdotes while presenting an unsentimental reckoning of Davies’ homosexuality and Catholicism, providing the starting point for the semi-autobiographical themes that permeate his subsequent work. With Wilfrid Brambell.

Far from a conventional biopic, this searing portrait of reclusive 19th-century poet Emily Dickinson moves from wit to tragedy, tracing her life from childhood through a series of disappointments to her crippling thanatophobia and retreat from public life. Delighting in drawing-room verbal alacrity – as the fiercely independent poet, wonderfully embodied by Cynthia Nixon, resists the hypocrisies of her society – stylistic formality is combined with Davies’ characteristic lyricism and painterly light to grant the film a literary quality reflective of Dickinson’s writing.